Clarification of the structure of the Saturn hexagon 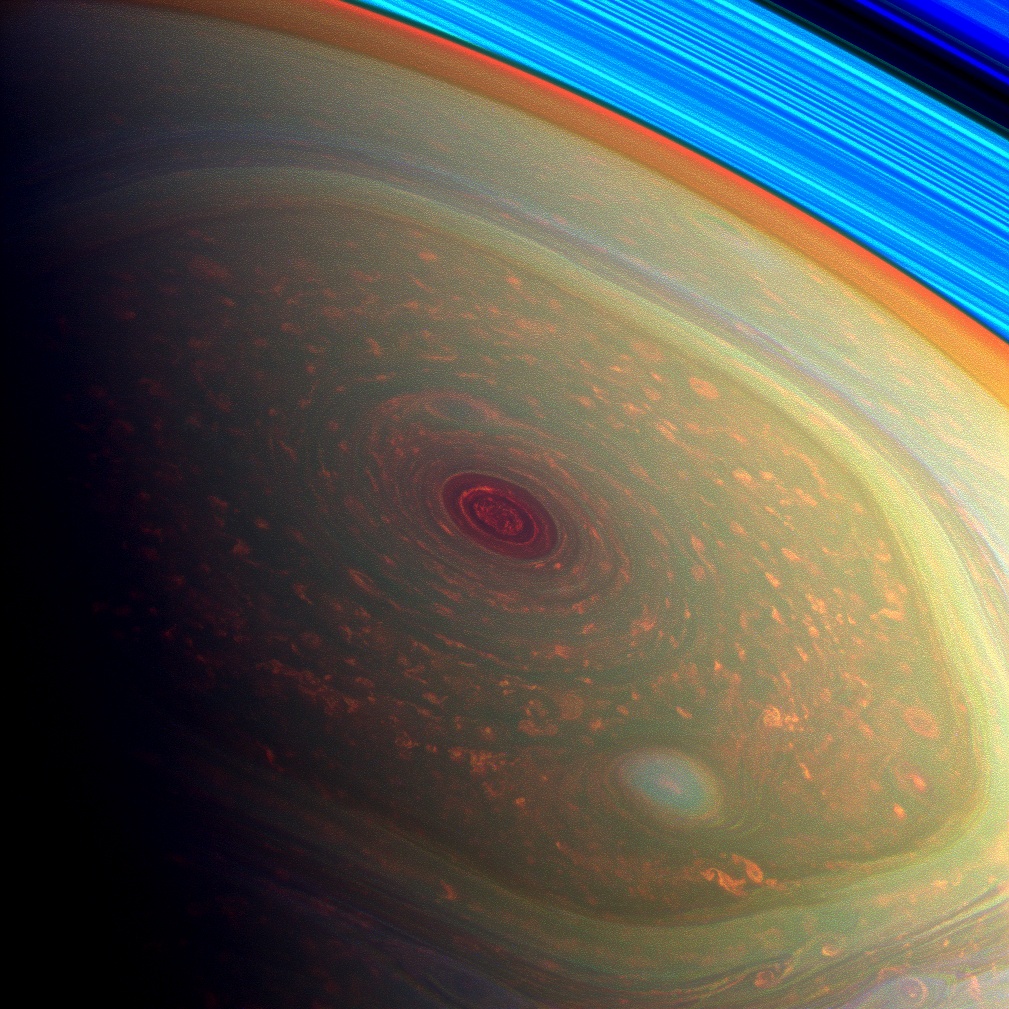 The hexagonal structure of the North Pole of Saturn has been characterized in the UPV. - Ed. NASA/JPL-Caltech/Space Science Institute

Researchers from the Planetary Sciences Group of the UPV have analyzed and characterized the structure of the “hexagon” phenomenon of Saturn by layers. This structure of the North Pole of Saturn is rare and since its first observation has aroused the attention of the researchers of the atmosphere of the planets. The UPV-EHU Group of Planetary Sciences has been researching it for years and have now published their latest results in the scientific journal Nature Communications.

It is explained that the hexagon consists of layers of mist. Each layer is 7 to 18 kilometers thick and according to spectral analysis are formed by very small particles (0.1 to 1 micron radius). Chemical composition does not resemble soil mist: Due to the low temperatures of the atmosphere of Saturn (120-180°C below zero) these mist could be formed by small ice crystals of hydrocarbons such as acetylene, propane, propane, diacetylene, and in the highest mist, even butane.

The hypothesis of the group is that the mist layer is organized by the vertical expansion of gravity waves. Moreover, the dynamics of the hexagon itself and the powerful jet stream could be at the base of these gravity waves. On Earth, waves similar to those originated by the wave jet stream moving from west to east at 100 km/h in mid-latitudes have also been observed. Saturn's can be similar, but by the characteristics of the planet it is rare in the solar system.