Recycling of polymer waste by pyrolysis

The School of Engineers of Bilbao is carrying out the feasibility study of pyrolysis in the recycling of polymeric materials. When we speak of polymeric materials, we speak of products as complex as the composites and wheels of fiber or glass resin, as well as of conventional products as the plastic of the domestic garbage. All these materials are mainly composed of polymer, macromolecular organic compound obtained from petroleum derivatives. At present it is necessary to find ways to recycle it: on the one hand, because the legislation is increasingly demanding in terms of landfills and, on the other, because we speak of the reuse of materials derived from oil, a limited resource.

Pyrolysis consists of heating the material in an environment free of oxygen at temperatures above 400 °C. Since there is no oxygen, there is no combustion of the material, contrary to what happens in incineration. In pyrolysis, the macromolecular organic matter of polymeric materials is separated into smaller molecules (liquids and gases). The gases - hydrogen, methane, ethane, propane, etc.- are used as fuels and are sufficient energy source to feed the process itself. As for liquids, these are complex mixtures of organic compounds, such as oil or certain fractions of coal tar, so they can be used directly as fuel as fuel, or be treated in refinery and obtain valuable chemicals such as gasoline or diesel.

On the other hand, there are solid residues of polymeric materials that do not suffer any kind of alteration during pyrolysis. These components can be inorganic materials such as the metal wires of the wheels or the reinforcements of fiberglass, or non-volatile organic components such as the carbon black that is used to greatly improve the mechanical properties of the wheels and give them black color. Many of these components are of great value and when pyrolysis does not vary theoretically, they can be reused in original applications.

For all this, pyrolysis is a very interesting option for recycling polymeric materials. On the one hand it takes advantage of all the components of the material. On the other hand, it contaminates less than incineration. Finally, it can be used for all types of waste, especially when it is not possible to use conventional recycling, such as mixed plastics and difficult to separate (in the case of waste) or other components, fiber reinforcements, metal components, etc., in materials that contain them (car wheels, plastics used in the electric sector, etc. ). ). 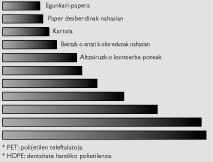 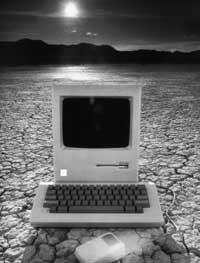