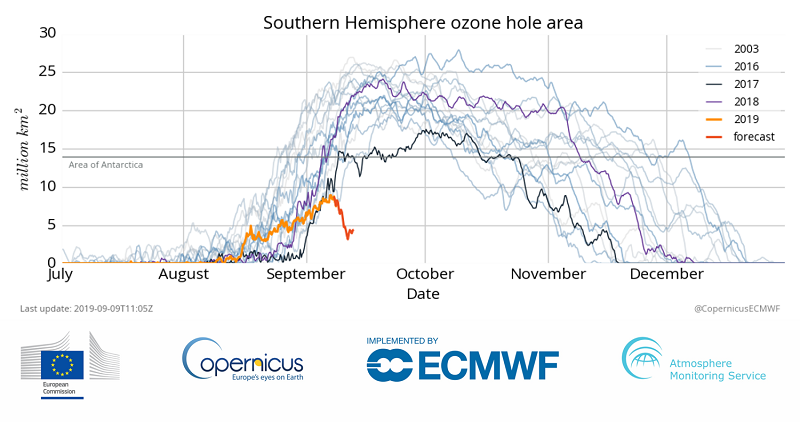 32 years ago the Montreal Protocol was signed. Thus, 196 countries and the European Union pledged not to emit gases that damaged the ozone layer. The latest measurements indicate that the measure is being effective, moreover, the Copernicus Atmosphere Monitoring Service (CAMS) has announced that the Antarctic ozone layer hole has begun to form two weeks earlier than expected this year and is expected to be smaller and last less.

Every year, at the beginning of the southern spring, the ozone hole appears over Antarctica. In fact, chemicals containing bromine and chlorine are inactivated in winter, while ozone molecules are activated and destroyed in spring. This year the hole is growing more slowly than normal. From there it follows that it will be less than on other occasions.

However, the World Meteorological Organization published last year the final evaluation of the evolution of the ozone layer, according to which until 2060 will not be able to return to the situation it had in 1970. In addition, the climate emergency also negatively affects the ozone layer. Therefore, scientists have warned that this year's situation should be taken with caution.