Current agriculture, compared to the old one, has some positive effects, such as performance improvement or sales networks. But it has also produced negative effects, showing the other side of the same coin, mainly the changes produced by monoculture in the soil ecosystem.

In a potato plantation attacked by nematodes no special symptoms appear, only drought problems or lack of nutrients are observed, but the yield decreases considerably.

In this sense, it will show how are the strategies of a nematode very adapted to phytoparasitism when environmental conditions change. Adaptation strategies to new conditions tend to a new balance. And the new balance is, in most cases, a state of plagues.

When looking at the landscape, we see plants that have a different color due to the moment of their life or the water or the sun: now the lizard, now yellowish. What we do not see is underground life. Underground, they dominate the roots and their development depends on eleven false. Under normal conditions, many small living beings live sheltered from the roots and form their cycle. These organisms establish relationships of various types with plants. Some are considered harmless from the human point of view and others harmless. Parasitism is one of them. The parasite hurts the host; however, because Nature and balance usually go together, the damage is usually insomnia.

From the landscape point of view, covering wide expanses of land, we can also see many plants of the same type. Normally they are plantations, that is, those implanted and cared for by the man to obtain the maximum yield. Farmers have long known that the land is "tired", especially when the plant of the same type grows repeatedly in the same area. One of the causes is the displacement of the balance between the different factors. And this, among other things, increases the damage caused by parasites.

Among the small inhabitants of the subsoil are the nematodes. Nematodes are relatively simple animals, shaped like a worm and only looking at the microscope can be seen a singular structure, indicating its corresponding ‘ecological zokogune’. They are poiquilomatic animals, that is, their internal temperature does not vary and since the biological process occurs between two optimal temperatures, the ambient temperature is one of the most important factors to complete their life cycle.

The fact that the phytoparasite nematode has a soil fauna means that they are elements of the ecosystem and help maintain balance. Moreover, to adapt to parasitism, they have certain durability capabilities to cope with external inclinations (when temperature and/or humidity are not optimal). They also show ecological adaptations as changes in the sex ratio – creating more males – to ensure fertilization in choperas.

The protagonist of this story is the nematode Globodera [rostochiensis] Woll. Its host is the potato (Tuberifera section many varieties extracted from some species of the genus Solanum). The globoda has special characteristics: it is endoparasite and needs host to complete its life cycle and create progeny. Therefore, it does not kill or exhaust the plant. The evolution of the host and the parasite is recognized in parallel, since the British nematologist Stone proposed it about ten years ago.

This nematode does not cause any disease. However, the attacked roots lose their function, so the nematode reduces the yield of the plantation, as if it were affected by drought or lack food. In other words, no special symptoms appear in an attacked plantation, except for problems such as drought or lack of nutrients, so yield decreases strongly.

Detail of the front of a larva. Farmers have long known that the land is "tired", especially when the plant of the same type grows repeatedly in the same area. One of the causes is the displacement of the balance between the different factors.

In addition to the aforementioned ecological adaptation, Globoda has a special structure to protect the progeny, the ‘kiste’. When the female is fertilized, she turns her skin into hard skin to keep the larvae. The life cycles of nematode and potato are carried out in parallel.

In our latitudes, the life of this nematode begins in spring, coinciding with the planting of potatoes. It is shown that certain metabolites that produce potato roots cause larvae to come out massively from cysts. Depending on humidity and temperature, the amount of removable larvae can be between 80 and 90%. The larvae penetrate the roots and head towards the vascular channels. If the variety of potato is appropriate, that is, it has no genetic resistance, in the cells near the vascular channels affected by the nematode chaco some changes appear quickly, becoming sincitium.

The larvae will settle in these giant cells feeding on the vascular channels. As they increase, they will undergo three skin changes and the last will be adults, clearly showing sexual dimorphism. If there is no competition for space or food, that is, if there are not too many larvae in the same root, the sex ratio will be about 1:1.

The males will soon leave the roots. Females, on the other hand, only remove the back of the body and continue to feed. By then they have already been quite rounded. Males will not last many days outside the roots, only the time it takes for females to fertilize. Once fertilized, females also die. Your skin will harden and become cyst releasing from its roots and burying.

In autumn, when potatoes are picked up, the new cysts stay on the ground waiting for the next spring. How many more will we have then?

In the image you can see that some fertilized females are attached to the roots, which stands out (usually brown) has already become a cyst.

Man tries to use different strategies against nematode strategies. But normally these strategies tend to disappear the nematode and the response of Nature is hard.

Genetic resistance has been mentioned before. Geneticists, from wild species, have obtained numerous varieties of high-resistance genes. These varieties cause larvae to come out of the cysts. Although nematodes penetrate the roots, the potato will not respond and no changes will occur in the root cells. Consequently, as the nematode cannot complete its development, they will die without progeny. The use of these varieties gives good control, since cysts are emptied very quickly. However, since nematode populations are not genetically homogeneous, there will be individuals called ‘resistance-breaking’, called pathotypes.

These will overcome resistance by completing the life cycle. In this way, gradually the number of individuals that exceed endurance will increase. There are some examples. One of them, so to speak, was the disappearance in England of the last decade, with the repeated planting of the pathotype Ro1, the resistant variety ‘Maris Piper’. At first it was noted that nematode density decreased, but soon another pathotype appeared. Resistance to this pathotype has not yet been found.

Although biodiversity will not be discussed here, it must be remembered that in Nature variability – biodiversity – is of great importance if abrupt changes occur in the conditions of the environment, for example.

Will phytosanitary solutions be used? This issue is another area and we will not develop it here, but it is clear that the most serious problems caused by specific parasites are those derived from monoculture, and that they will not be overcome if we do not consider the plant and the parasite as a unique system. That is, if our population of nematode tendencies will not disappear completely. 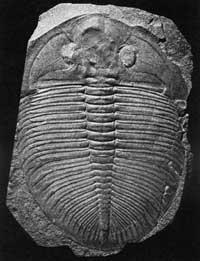