After more than 40 years of work in Mutriku collecting giant ammonia, the fossils of the duo Jesus Narvaez Amasorrain and Esperanza Azkarraga Larzaguren have arrived at the UPV. The UPV/EHU paleontologists are working on the hypotheses that reveal the mystery of Mutriku's enormous loves. Asier Hilario Orús, scientific director of the Geopark of the Basque Coast, has shown his satisfaction with the research. The ammonites are spectacular, ranging between 30 and 50 cm on the normal diameter of 4 cm. Narváez and Azkarraga, Saturraran and Mutriku have been collecting huge ammonites for decades, which have allowed scientists to discover that in that area and for two million years large ammonites had formed.

“The collection is very large, of 150 fossils. But we didn't know their story. Why are they giants in that area? In Ondarroa and Deba there are also ammonites in rocks of the same age, but their size is normal. We had many questions: why did they turn to that place and then? Did they turn suddenly or slowly? Did all the species of Ammonites in the area or just a few?” 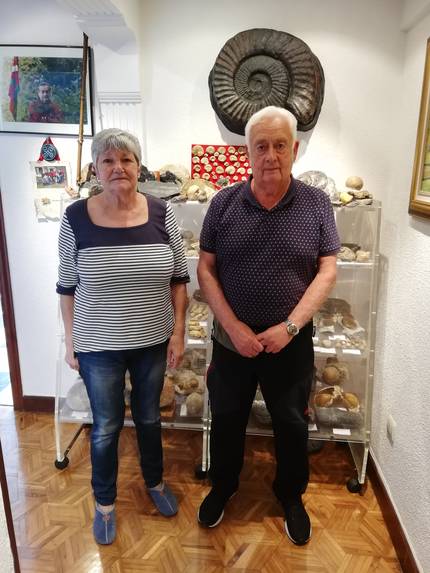 UPV-EHU paleontologist Mikel López Horgue, an expert in amonoids, has worked on the study of fossils. First, Narváez and Azkarate had to put on the map all the loves they had taken to know exactly where they were caught. After 40 years, they kept remembering where they had taken the 150 fossils. In fact, they took a great job removing them from the rock, which led them to nail them in memory. On many occasions, only a small part of the fossil is exposed, the rest covered in stone. Therefore, they needed days to extract it and cleanse it sincerely. They specialized in extracting fossils from rocks.

“They all had to be geologically located not only on the map. Paleontologists built a stratigraphic, stratified column. The ammonites were drawn one by one and placed in what layer they appeared. So it became clear when they began to gigar”, explains Hilario.

Mutriku's findings correspond to the Amonites of the lower Cretaceous (Albiar) between 100 and 110 million years ago. They are therefore the end of the evolution of this family of Ammonites. It is interesting to investigate what changes they underwent at that time to understand how they then passed on to other forms, to other species. 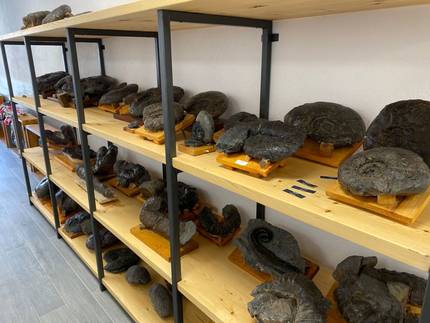 They have not yet clarified why they turned to Mutriku, but they have some hypothesis. “There may be more than one reason to gigantear the amonites: the appearance of a pathology, for example. In some molluscs it has been described that parasitic worms feed on gonads, converted into "eunuko". Castrating can develop the gigantic. But it is not the case of the Ammonites of Mutriku, because seeing the ornamentation of the shells we have seen that they are older,” says Lopez.

The increase in size may be related to reproduction. In fact, the Ammonites are relatives of octopus and chipirón, coleoideos. Today's octopus and chipirones have a particular reproductive strategy: semelparity. Once in a lifetime they lay eggs and die. Yes, at that time they lay thousands of eggs. It is believed that the Ammonites would also have the same strategy to be descendants. “What we have seen in the shells of the huge blisters of Mutriku coincides with this reproductive system,” says López. “Ammonites have tabicated shells and these partitions separate several rooms. The main body of the animal was in the last room, with arms outward and part of the body surrounding the end of the shell. As the main body of the animal was in this last room, the production of eggs was produced. And in the case of the Mutriku ammonites, this outer chamber is very large. Therefore, an effective form of reproduction could be gigantear.”

However, in order to grow so much, very good conditions are needed. The paleontologists of the UPV-EHU know that the sediments in which the ammonites appeared had been recorded the fluids of a hydrothermal spill of the time. "This spill was very suitable for the growth of bacterial and bivalve communities, and ammonium may use them to feed and spawn. Therefore, the female grandmothers put on could be the giant Ammonites of Mutriku. But it’s still just a hypothesis,” López recalled. “More research needs to be done.”

End of the Admonitions 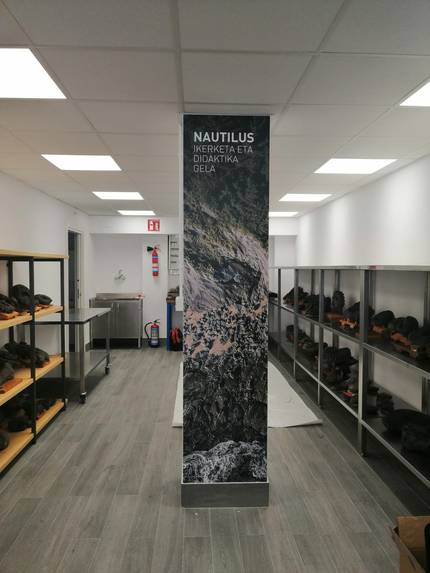 López also considers that in many animal species there is a phylogenetic tendency to increase in size in evolution. Invertebrates and vertebrates. “We know that the initial elephants were smaller than the current ones. And we humans also have that tendency. Why not the Ammonites? The phylogenetic tendency is typical of increase, just before the destruction of the species. Or increase it, crush it at the end and destroy it. In this family of Mutriku ammunion it is observed that throughout the Albiar and worldwide they were increasing in size and from there they were reduced and destroyed. The end of phylogeny prior to the disappearance of the Ammonites may be the gigantic Ammonites.”

Hilario, scientific director of the Geopark of the Basque Coast, has given great value to the Ammonites. And he recalled that the giant lovers of Mutriku are on display at the Nautilus Museum and in their new educational classroom inaugurated. 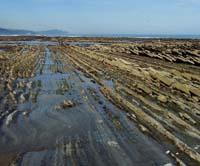