Brief history of machine tools in the Basque Country

Although the machine tool sector is important and leading, it is not necessary to retreat too much in time to find the first workshops. First modern machine tool industry XIX. In the 18th century, coinciding with the Industrial Revolution, the steam engine was the first step in development. The man who until then had no choice but to resort to animals, water, wind or force itself, and the steam engine endowed us with the force – in the total physical sense of the word – that represented the development of modern industry. Taking advantage of the steam locomotive, the textile industry was first developed and, in the second phase, the means of transport enjoyed these advantages. The machine tool was presented in this second phase along with heavy industry, chemical, metallurgical and electrical industry. 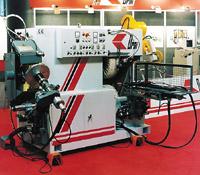 In Euskal Herria, however, the XX. At the beginning of the 20th century the first machine tool workshop appeared, specifically in Eibar, in the Deba basin, which later became one of the most important in this field. The development and evolution of industrial machine tool manufacturing is closely linked to the industrial production of each country, and the industrial development of the Basque Country was late compared to other European countries. Agriculture and fishing predominate, although Euskal Herria is an important iron industry.

In the Basque Country, the pioneer was the eibarrés Gurutz Otxoa, who opened a workshop of simple recoil saw machines and small parallel lathes. In 1916 the suburban José Retenaga joined the work, which in turn began to build general milling machines, as well as other machine tools necessary for the armament. For his part, Ramón Ilarramendi prepared a workshop in 1902 in Errenteria. The factory was dedicated to metal smelting and was dedicated to the manufacture of machine tools for working metals and wood, mainly lathes and general milling machines. In 1913 Eulogio Estarta and José León Ziaran began to build column and desk drilling machines. The Eibar Armory School, founded in 1913, has also played an important role in the development of the machine tool industry.

In Bizkaia, "La Industria Electromecánica, S.A." was the first company dedicated to the manufacture of machine tools, in 1914, to which the factory "Talleres de Guernica" joined immediately. These companies began to manufacture lathes, column drills and milling machines, developing production conditioned to the demands of heavy industry in general, i.e. machining and repair work. 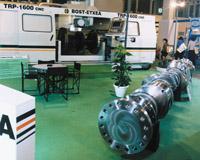 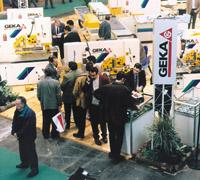