Prince Louis de Broglie died in Paris last March, at the age of eighty-five. He was the only quantum pioneer who revolutionized physics at the beginning of this century. 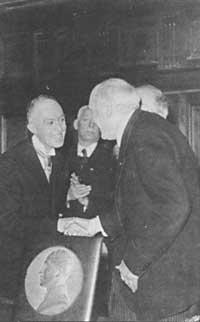 Louis and his brother Maurice.

Albert Einstein said that what he had seen before as wave (light) was also as particle (photon). From Broglie it came down that what was previously taken as a particle (electron) had to be seen now also as a wave. Immediately, wave/paricle dualism entered the entire new physics.

Although the discovery seems very common, it has reached the remains of the problem. If the waves of light act as particles, he thought why do electrons not act as waves? If he had remained in it, he would not have been remembered as one of the founders of quantum theory and would not have received the Nobel Prize (1929). As speculation, the idea has not much weight and earlier in 1912 similar speculations were made about X-rays. Then William H. The great physicist Braggs asserted about X-ray physics that, with my image, the problem does not arise by having to choose between two X-ray theories, but by finding a theory that had the ability of both.

De Broglie's greatest achievement was the mathematical formulation of wave/particle dualism. He described the behavior of the matter and proposed methods for its detection. He had the great advantage of being the youngest member of a group of physicists. His older brother, Maurice, was a physicist and led the investigation. According to Louis De Broglie later, Maurice in his conversations with him stressed the importance of the undeniable reality of the dual part of waves and particles. The time came for this idea and Louis de Broglie was fortunate to live when there was a mature common piece that would change theoretical physics.

De Broglie was born in 1892. Although his family's tradition pushed him to function, when he began at the University of Paris in 1910, he became strongly interested in science, especially quantum mechanics. His brother, 17, opened the window to this world. In addition, Maurice, who obtained the title of doctor in 1908, was one of the scientific secretaries of the first congress of Solvay and passed information about it to Louis. But two years later, 1913, his physical studies were interrupted. Initially short-term, but during World War I, his military service lasted until 1919. 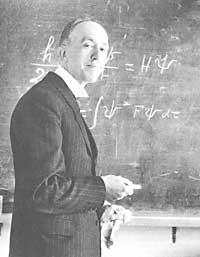 Louis de Broglie taught quantum mechanics. In this harbel one of the basic equations of quantum formalism is written.

After Brolglie's war he again studied quantum theory and began to work on the lines that led him to discover the unity that was under the terorias of particles and waves. The explosion took place in 1923, when he published three articles on the nature of quantum light in the French magazine Comptes Rendus, and then in the Philosophical Magazine of early 1924 a summary was published in English. These brief contributions had no great impact, but de Broglie rearranges his ideas and presents them more complete for his doctoral thesis. In November 1924 he read in the Sorbonne and in early 1925 he was published in the journal Annales de Physique. Thus, the basis of his work is clarified and becomes one of the greatest advances in physics in the 1920s.

The core of ideas

For the quantum of light, de Broglie begins to operate from two equations derived by Einstein:

In these two equations the properties corresponding to the particles (energy and moment) appear to the left and those corresponding to the waves (frequency) to the right. According to De Broglie, the behavior in which attempts to resolve whether light is wave or particle failed is because both forms are closely related. To measure the timing property of a particle you must also know its frequency property. This duality is not exclusive to photons. At that time electrons were considered to be behavioral particles, although within atoms energy levels were filled curiously. But de Broglie realized that if electrons only exist in numerically defined orbits, this somehow defines a wave property. The only phenomena that require integers within physics are the most normal and interfering modes of vibration in their thesis. This fact encouraged me not to look at my electrons as mere corpuscles, but to assign them periodicity.

De Broglie believed that waves were associated with particles and suggested that a particle like the photon leads its way because it has an associated wave. The particle is associated with the wave. The result was a precise mathematical description of the behavior of light using evidence from tests with waves and particles. The scholars who studied De Broglie's thesis felt like mathematics, but believed that the particle idea associated with a particle had no physical meaning, but was a curiosity of mathematics. When asked by one of the examiners what attempt could be made to detect the waves of matter, he responded to the diffraction of an electron beam occurred in a crystal. The session is like the diffraction of light that is done through a few slits. The atoms of a regularly spaced crystal form fairly narrow grooves to diffuse high-frequency electrons (short wavelength).

The new idea is consolidating 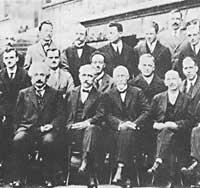 According to his calculations, de Broglie knew what wavelength he should look at, but he did not know that phenomena that could be adequately explained with electron diffraction were already known in 1914. These phenomena took place when electrons were used to test crystals. At a time when de Broglie was formulating his ideas, 1922-23, two American physicists, Clinton Davisson and Charles Kunsman, studied the facts known as Ramsauer effects. Having no knowledge of it, de Broglie acted by pushing to test the wave/particle hypothesis. Meanwhile, Broglie's thesis director Paul Langevin sent Einstein a copy of his work. Einstein saw in his thesis something more than a mathematical curiosity and discovered what the waves of matter should be real. Einstein passed the news to Max Born, who was in Göttingen. James Franck, head of the local physics department, said Davisson's sessions had already tested the effect.

Davisson and Kunsman, like many other physicists, believed that the Ramsauer effect was produced by the structure of the bombed atoms and not by the nature of the electrons. Born's student Walter Elsass published a short note explaining these sessions in terms of electronic waves in 1925, but the researchers did not impress when their data were reinterpreted by a theorist, especially when the theorist was an unknown student of 21 years.

In 1925, although there was experimental evidence, the idea of maternity waves was nothing but cloudy. Only when Erwin Schrödinger put forward a new ethomical structure using Broglie's idea came the desire to rehearse electron diffraction. When these sessions were held in 1927, they showed that De Broglie worked correctly (crystalline networks diffuse electrons as if they were waves). The discovery was made independently by two teams: Davisson and his new partner Lester Germer in the US, on the one hand, and George Thomson (son of J.J.) and student Alexander Reid on the other in Britain. Both groups used different techniques. The experimental evidence of Broglie wave/particle dualism since 1928 is inescapable. 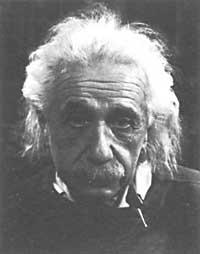