The mystery of the blue color of plants

When a blue or red flower wrinkles, it loses color. For over a hundred years phytochemicals have been trying to understand this phenomenon.

For some time we know that the blue color of the flowers is given by anthocyanins. Even if they seem stable, when they leave the flower they lose color. In 1915 the chemist Willstatter pointed out that the cause of discoloration was the direct consequence of the tendency of alkalizing, but warning that the sweating of the flowers was acidic or neutral. 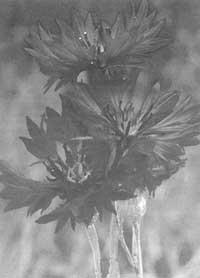 In 1919 color was considered to depend on the complex metallic components of anthocyanins. In 1958 the Japanese Hayashi managed to extract the pigment from the blue flower “Commelina communis” and called it commelinine. He said blue was a product of magnesium, but he did not study the phenomenon any more.

Recently a group of Japanese chemists have explained the structure of blue pigmentation as a result of expensive research.

After the extraction of “commelinine”, Weissenberg’s crystallographic chamber, X-ray crystallography, synchrotron radiation, gaseous chromatography and nuclear magnetic resonance have concluded that blue pigments are formed from elements ordered as propellers and the stabilization of magnesians.

The molecule thus produced is a supermolecule whose coating attracts water, while the inside rejects it. It seems that this supermolecule needs the pressure of external water to live. Therefore, while the petal is hydrated, the molecule is stable, but when it loses water it decomposes and the blue color becomes gray. 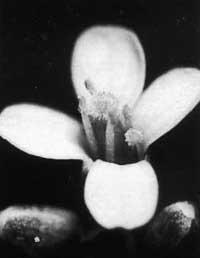