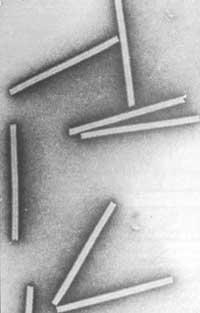 Liquid crystals, as the name suggests, are liquid materials, so they are able to flow. But on the other hand, being crystals, they indicate a certain order, anisotropy or such mesomorphism. They are not like the isotropic liquids that are poured. The existence of this type of materials was detected 100 years ago and since then several liquid crystals have been found. Among them, various natural substances and biopolymers: collagen, tobacco virus mosaic, cholesterol, poly(benzil —L— glutamate), some cellulose derivatives, etc.

They can be liquid, liotropic or thermotropic crystals. In the first case, the state of crystallization, expressed in terms of ordination, anisotropy or mesomorphism, appears in a dissolved system. In thermotropic systems we are faced with a conflicting liquid, since it has exceeded its temperature of glass transition or fusion. As for the sort, nematic systems (indicating order level), cholesteric systems (of medium order) and smetallic systems (of maximum order) are classified.

The materials used in optics and optoelectronics are the cholesteric (also called “twisted nematic”). In these systems, the main direction of the molecular ordering changes from plane to plane, as shown in the attached figure; the wavelength reflected by the material is = np, n being the refractive index and p the distance necessary for the main direction of the molecules to turn angle 2.

Practical applications are based on the variation of parameter p. By applying a weak mechanical, electrical, magnetic or thermal field, p changes the color of liquid crystal or light transmission. Some chemical properties of the medium can also modify the parameter p.

Cholesterol behavior has been observed in esters. For example, between phenylcyclohexanone, phenyldioxane, xianofenilpirimidine, etc. These are not molecules of high molecular weight and their viscosity is not therefore high. This last point is important because the response times must be very reduced for these materials to be used in optical devices. For the response time to be less than 100 milliseconds (longer would be too slow response) the viscosity at room temperature should be 0.2.

Theoretical and experimental values of Young modules from different polymers. KEVLAR, a polymer of the Dupont house, is a liquid liotropic crystal. In the manufacture of fibers, instead of pascal or dina/cm 2, the unit gram/denier is used, being a denier the weight of a fiber of 9000 meters in length. This unit takes into account the density of the material. 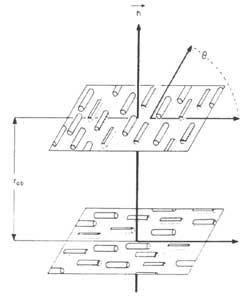 Cholesterol structure: the main direction is changing from plane to plane. The distance needed to turn the direction angle 2 is p =2 r ab /q.

Although the best known liquid crystals and currently the most used are low molecular weight cholesterol esters, this last decade is marking the increase of nematic polymers. In fact, most polymeric liquid crystals are nematic. There are cholesterol polymers, but of low practicality. Due to its high molecular weight, the viscosity is much higher than the aforementioned 0.2 poise and the response time is very long (Where can we go with a material that needs two hours to change color? ).

The advantage of polymeric liquid crystals lies not in their optical properties but in their flow properties and, above all, in their mechanical properties. The mechanical properties of conventional polymers are not very high. If we only considered the binding angles and bonding lengths involved in the polymer chain, Young's E modules that could theoretically be obtained would be very high, but those obtained in reality are very low. In the following table we can see this significant difference, which is due to the fact that classic polymers do not form threads but rolled threads. In any case, it is worth noting the behavior of KEVLAR, which in this case shows us an experimental and theoretical value quite close, and which is also much higher than the values of other polymers.

This particular behavior is not surprising if we consider that KEVLAR is a polymer liquid crystal: the liotropic system that forms poly (phenyl tereftalamide) dissolved in sulfuric. Poly(phenyl tereftalamide) are very rigid chains (rod-like polymers, similar to the tobacco mosaic virus) that move through a nematic arrangement during the flow, which is maintained when the solvent is removed. This stretched chain structure allows to obtain excellent mechanical properties in these materials, since as rigid the polymer chain is not wound as in conventional flexible polymeric chains. In this case the value of the Young module is due only to the link angles and link lengths. 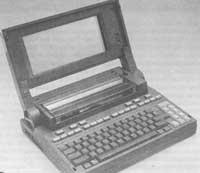 It is interesting to compare the mechanical properties of KEVLAR with those of a common steel. For KEVLAR fiber, the Young module can be 1200 grams/total (in terms of density equals 15x1010 pascals) and its tensile strength of 30 grams/total (i.e. 3.85x109 pascals). For steel we have 300 grams/denier (20x1010 pascals) in the module and 4.5 grams/denier (3.05x109 pascals) in tensile strength. Therefore, compared by weight, it can be said that the mechanical properties of these polymeric materials are better than those of steel.

The KEVLAR fiber we refer to is a liquid lipotropic crystal. Therefore, it always needs the presence of solvent to keep anisotropy liquid, which generates serious technological problems. During the winding process the sulfuric must be removed and the process is greatly increased. In addition, for this reason only threads or fibers can be made with liotropics and injection molding with these materials is not possible.

A few years ago, Tennessee Eastman patented the first thermotropic polymer that could be useful. Since then Celanese (today Hoestch-Celanese), I.C.I. Other houses have launched thermotropic polymeric liquid crystals. These thermotropics are usually copolymers formed by rigid groups, such as naphthenic acids and benzoos, and malignant polymers. One advantage of these copolyesters against KEVLAR liotropics is that to preserve anisotropy in liquid state they do not need solvents. Therefore, they can be extruded, coiled and injected, being the process much simpler. During these processing operations, thermotropics form small fibers that recall the fibrous structure of wood.

In addition to the excellent mechanical properties mentioned above, another of the outstanding properties of polymeric liquid crystals is its processability. Because rigid chains take the direction of flow during flow, viscosity under equal conditions is usually lower than that of conventional polymer. Due to their low viscosity, they can be easily injected into very complicated moulds.

The third advantage of polymeric liquid crystals is their dimensional stability. In conventional polymers, the stresses generated in the processing (extrusion or injection) are frozen when the polymer is cooled and can be recovered over time by modifying the initial dimensions of the material (by shrinkage). This does not occur in thermotropic polymers, so they can be used in the construction of printed circuits in electronics. For example, in the welding performed in these circuits during the steam phase, their contraction is less than that of the substrates of aluminum oxides. 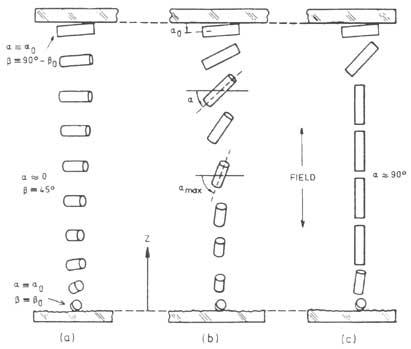 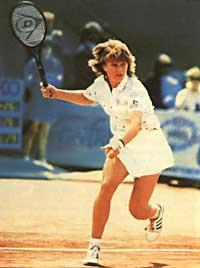