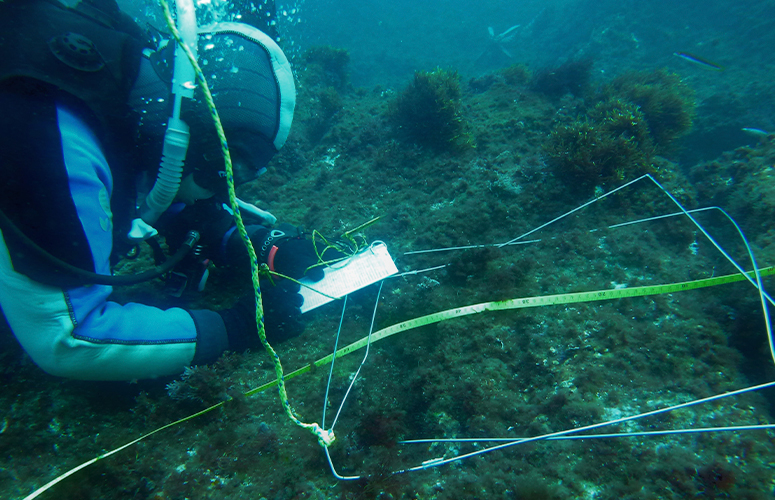 Researchers are announcing that climate change will transform the distribution of seaweed. Ed. UPV/EHU
The impact of climate change on species distribution has been frequent in studies, but the Community perspective remains low. Now, a study from the UPV has shown that the distribution of seaweed in the Bay of Biscay is changing. What's more, you've seen that water temperature is the main distribution factor of macroalgal groups, whereas nutrient availability is a secondary factor.
Naiara Mugerza Latorre is the first signatory of the work, and explains that in the most pessimistic scenario in which they have worked, the northwestern community (Galicia) will continue to be different from the others and will protect the coldest water species. The central and eastern part of the northern coastline of the Iberian Peninsula is more similar to the Mediterranean regions than to the north-west coastal regions. That is, temperate water species will prevail.
According to researchers, research can help predict how coastal ecosystem biodiversity will respond to new environmental conditions, so it is valuable information for the development of appropriate management and conservation policies. However, they consider it would be interesting to extend the field of analysis to the west coast of the Iberian Peninsula and expand the Mediterranean sampling points. The research has been published in the journal Marine Environmental Research.