The Juno mission discovers massive cyclones and magnetism on Jupiter 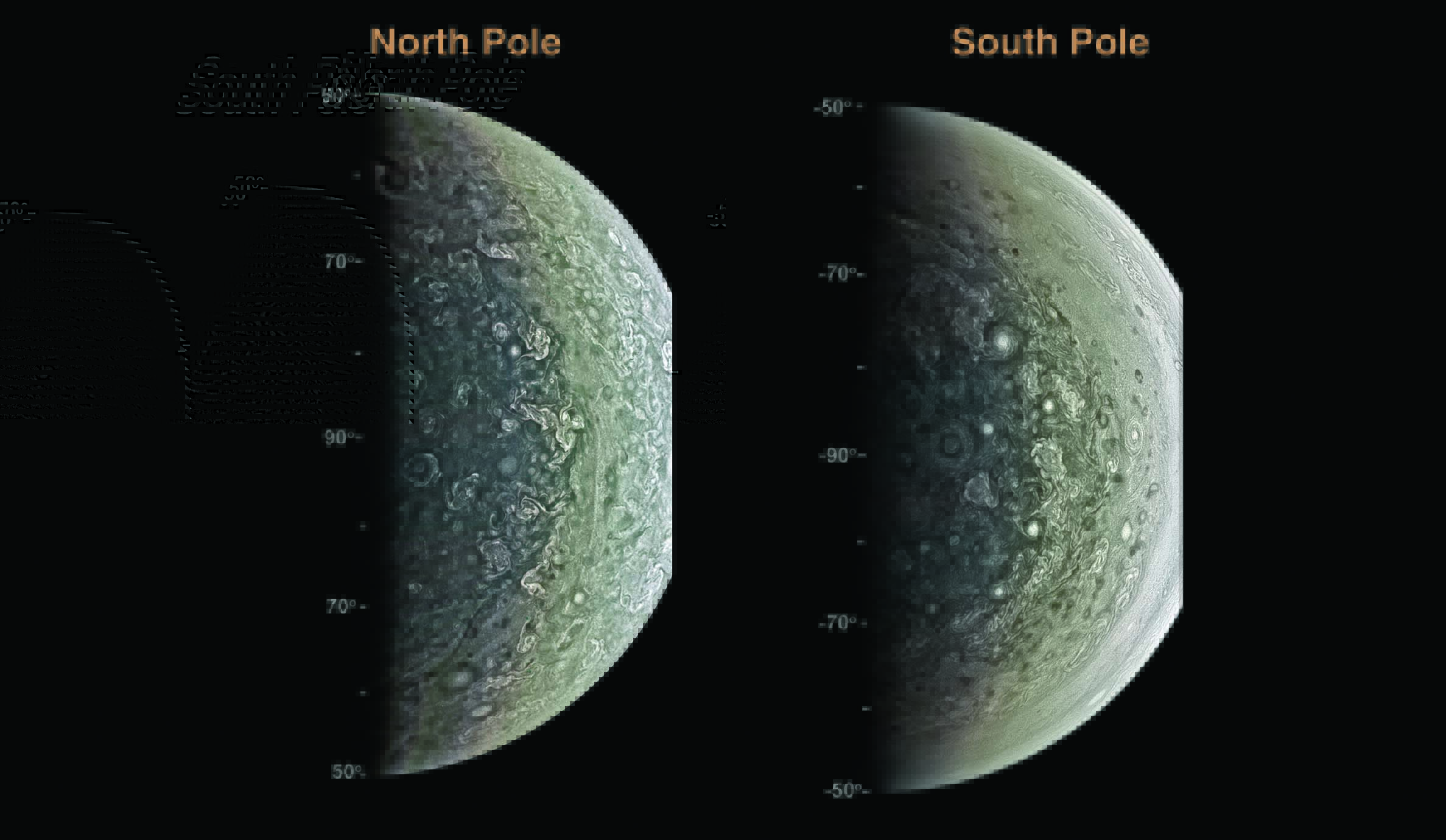 The Juno space mission departed in 2011 to the giant planet Jupiter and on August 27 of last year it first entered the atmosphere of the planet. With its elliptical orbit, Juno offers new perspectives of Jupiter as it approaches the planet, passing over the poles and penetrating a layer of clouds at 5,000 kilometers. Researchers have seen a "chaotic" image of storms at the poles of Jupiter, very different from that of Saturn, both gaseous planets: Jupiter's poles appear full of bright oval structures, as published in the journal Science. These oval structures have been considered cyclones and can reach a diameter of 1,400 km.

He has studied the thermal structure of Jupiter's deep atmosphere, also finding unexpected structures. Researchers say they can be ammonia rich areas and that ammonia can cause observed storms.

Jupiter is a gaseous planet and another mission objective is to elucidate if it has a solid core, as several models have preached. Having clarified this, they would know what materials were in the first moments of the creation of the Solar System, since Jupiter was the first planet to be formed. For the moment, the study of the gravitational field of Jupiter has shown a magnetic field much higher than expected.

Moreover, when it has passed over the poles, it has been able to detect for the first time the large losses of electrons that occur in the upper atmosphere, causing the huge auroras of Jupiter. These electrons have a very different distribution than occurs on Earth and suggest that Jupiter can have a totally different model of interaction with its space environment.

More information about the Juno mission:

Juno is the spacecraft that has farther into the Solar System using only the solar energy it receives.

The South Pole of Jupiter in the Light