Itziar Aretxaga has answered the questions by email from Mexico. In fact, he is used to using this medium to communicate with Elhuyar and others. Thus, despite being far away, those who know him feel close and with that closeness he has given answers. He confesses that he dreams of knowing when galaxies emerged. 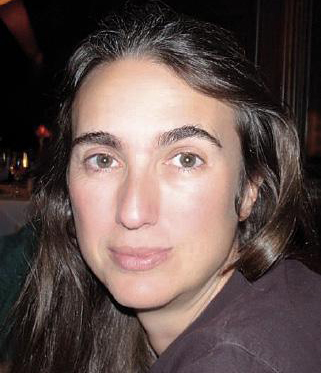 What has surprised you most, altered or fascinated you since you started working?

Sometimes, when large leaps of knowledge are made in the research of others, you are totally surprised. If you're not on the team you just discovered, everything seems very new and revolutionary. In 1998 I lived a moment like this, when the diagrams that showed the brightness versus distance of the supernovae type Ia were released. These diagrams indicated that, besides matter, there was a dark energy, which makes the expansion of the universe accelerated.

Until then, when the matter of the Universe was measured, we clearly saw that it had not enough material to have a flat geometry, although from other theoretical ideas they told us that it should be a flat geometry. The results of the supernovae explained why, since the density of matter is not critical, geometry could be flat. For some, including myself, this explanation was totally unexpected.

Revolutions can't be predicted beforehand, in most cases they are a consequence of something unexpectedly discovered, something new that you didn't seek and that you catch on the road. Among what I can foresee, on the path I have tried, it is still not very clear at what time galaxies were formed. I refer to giant galaxies, larger than the Milky Way.

Looking back in time, we see systems that are going to form like them, but all are surrounded by dust. They are very small units of cosmic dust, deposits of heavy elements less than one micrometer, with capacity of absorption of ultraviolet and visible light. They facilitate the birth of stars. However, the presence of dust has been conditioned by the presence of stellar generations, since at the beginning of the Universe there were only hydrogen, helium and traces of beryllium and lithium. But we still do not know how the first generations of stars emerged. Once we will have to see the beginning, the gigantic births without dust...