The universe, finite or infinite?
The nature of this deployment is the basis of the problem. If the gravity force of matter in the universe is sufficient to slow the speed of alienation and produce contraction, the Universe is finite. If not, it would be infinite.

The universe, finite or infinite? How is this question currently found scientifically? If they say it is finite, how can you explain that matter has limits? If it were finite, would it be insignificant above the border? without any chemical matter? How can you finish the matter?

As for the finitude of the universe or infinity, the problem remains unsolved. As is known, the Universe expands due to the energy generated in the initial explosion. The nature of this deployment is the basis of the problem. If the gravity force of matter in the universe is sufficient to slow the speed of alienation and produce contraction, the Universe is finite. If not, it would be infinite. It is evident, therefore, that the decision of the question requires measuring the values of the average density of the Universe. 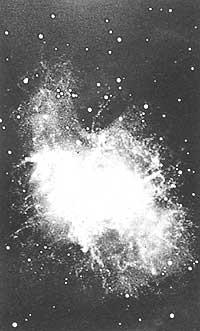 The measurements made so far are not decisive. The values obtained refer to the critical density (i.e., the limit between the finite and infinite Universe), and considering experimental errors it is not possible to choose between both options. Even more so if we take into account the problem of the existence of such a disputed dark matter.

However, the latest improvements in the Big Bang model indicate that at a very early stage of the evolution of the Universe there was an impressive exponential expansion, subsequently evolving the mean density values to a critical value. If this theory is direct, the universe would be infinite, because in the case of critical value it is so. But, as we have said, we still do not have an experimental claim.

Some points need to be clarified on matters relating to the limits of matter, as progress often leads to negative consequences. When thinking about the Great Explosion it is said that it occurred at one point, representing the matter of the onodrs in absolute space. Hence the need to look at the edge of the Universe towards an absolute empty space, a situation that as we shall see does not make sense. If not, the questions posed for the case of the finite Universe could also be posed for the case of infinity: Although speaking of the infinite universe we assume that it fulfills everything, there is no reason to think that, as it extends, we cannot place ourselves on the edge and see where it expands (remember that the set of natural numbers, despite being infinite, is the infinite subset of integers).

How do we have to raise the answer to all these problems? To begin with, you have to think that the Big Bang happened in everything that was then instead of at one point, and outside it there were no more, no empty spaces. When we say that the Universe expands, we must recognize that space also expands with matter, without assuming that it is something alien to the Universe. The problem of this lack of borders or borders, that is, windows to look outside the Universe (whether the Universe is finite or infinite), is usually used two-dimensional analogies. Suppose we have a pure dimensional sphere surface and two dimensional beings that can live and move in it.

Without imagining the fourth dimension as we move three times, they could not have the experience of the third. Therefore, in spite of walking on the sphere, of its radius being finite or infinite, they would never find limits, edges or abysses (remember that they cannot even imagine a third dimension). That is what would happen if we too tried to reach the borders of the Universe. Although the universe was finite, even if we had never been wrong to follow the shortest path, we would reach the initial point as if these imaginary two-dimensional beings had returned to the starting point without seeing anything unusual after walking the shortest path (i.e., the meridian) without bending over the sphere.

I do not know if with this I answer all your questions. However, if something remains unclear, do not hesitate to send us your comments.