10 ways to cancel an idea

If the resistance to change is measured in ohms, I think you will know more than one person with the behavior of open circuits, that is, of infinite resistance. Without a doubt it would have happened to you the idea that someone has given you an idea and that someone rejects it. Go ahead!

Sometimes, even if only to defend the status quo, it seems that the new idea, whatever it may be, is attacked. Below are ten different ways to abandon an idea. Ten types of attacks to consider and some ways to defend against them will also be analyzed. 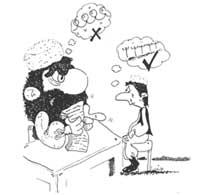 “Your proposal is nonsense, and putting the strings in the air is really ridiculous,” the members of a Russian Royal Council pointed out around 1836, rejecting the suggestion of the electric telegraph.

Saying that your proposal is ridiculous will offend you very much. For a mistake in your presentation, you will feel very serious before the commission. Despite all the efforts made to prepare the conference well, you have not realized that vacuum. Therefore, seeing the reaction of your opponent, you think that all the members of the commission think the same and that everyone has realized your mistake. When you're not able to defend your idea, you'll be totally scared as you try to find that mistake.

Maybe the mistake is there, but maybe not. So be brave. Ask your opponent what is wrong, asking him to go straight to the point. Normally everything will be fine and the mistake would be nothing more than a preview.

At that moment you will find yourself facing a list of reasons that question the practicality of your idea. Your opponent will speak quietly but firmly, as if a child was explaining something. He will never use the word of praise on the impossible: At first it seemed like a “direct proposal”, but “in this situation” (without appointment)…

All phrases like “with more experience” or “when you have been here longer” are not conciliable but aggressive. (You're not going to come and teach us anything, of course.)

Talking about the reasons why an idea does not work and the arguments against it can be an unfinished job.

If the idea is really new, it has not already been demonstrated. It is not what this point 3 means. The approach is that, being that idea so admirable, someone should be working on it. As no one speaks, it does not seem that the idea is so much.

On the other hand, there are others who work from different aspects: “we are not pioneers”, “it is very dangerous”, “there can be hidden costs” or “things that we do not know are also possible”.

But someone said that “what we don’t know” is very appropriate to pull on a job well done as dirty tools. They can create fear. 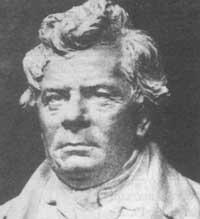 S.G. Ohms Professor G.G.Phol criticized the famous law we know today, stating that it was a “spider web full of pure imagination and without foundation in the most superficial observation of the facts”.

What is meant is that your idea is nothing more than an old idea disguised as a new form of presentation. It failed before and therefore will remain lacking. So don't waste our time.

You will answer that the idea is different. Or that before that idea had materialized incorrectly, that when it was first prepared, it was not a wrong idea, but an application. That is why we are wrong. This attack is perfect, especially if your opponent was responsible for the previous one.

Laughing at an idea and considering it as irritating is not the same, but both speak the same. It is not necessary to say anything against this idea, but it is enough that your opponent is considered comical. As laughter awakens laughter, all members of the commission will begin to laugh without justification.

Then the Chairman of the Commission will return to another subject, and you (and everyone else) ask why they have laughed.

The best defense against this is market research before presenting the idea. Normally the members of the commission will not have it done and their opinion will be instinctive or anticipated. However, since their arguments are not going to be very forceful, make sure your ideas are fixed. As after sowing the seed of doubt it advances, your reasons must be very cautious.

You usually do not realize that the attack is being prepared against you until it is too late. Then you will not know where the attack comes from.

It is not easy to work against the continuous attack. Many ideas have failed as a result of a conversation after the meal.

The best defense is to keep working for it after your idea has been accepted, ensuring that the positive reasons are close to the heads of the right people. 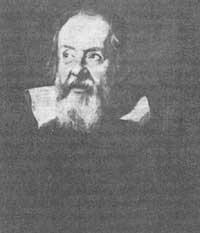 Galileo's ideas were attacked by the Inquisition.

This complaint can be destructive, especially if public risk is referenced. Your opponent will not need specific reasons. Suffice it to say that as a result of your idea will come the elimination. That's why your company's fame, public relations, and insurance issues are going to face you. You're in a difficult time, but for things to be clear you can ask for those risks to materialize well, and if they are not real, it will somehow become visible.

O.G. the so-called technique: Your opponent tells you that your idea may be illegally. It does not require complex reasons. Breaks an agreement signed with the competition for patents or copyright conflicts. They will remind you that these can be very expensive.

All you can do is ask for details and talk about negotiating another agreement.

In this case it does not attack your idea, but you. The confrontation will cause the idea to be abandoned.

If these ten forms of attack we have given have led you to think that all the ideas you have from now on will keep them for you, do not despair. You have to move forward. All companies need new ideas if they want to move forward.

We remind you that:

If an entrepreneur proposes something new (machine or idea), all his efforts will focus on showing his concerns and his impotence. If you say you have invented a potato peeler, it will answer that it is not possible, but when you see how the potato peels before your eyes, not serving to whiten the peppers, it will tell you that it is null... 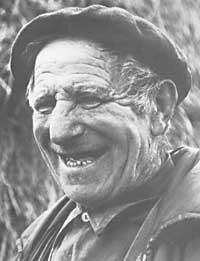