A special disease is attacking reinforced concrete structures. Half of the European heritage of buildings, bridges and roads is suffering the corrosion of the concrete interior steel. Armor is falling and immediate repair is needed. 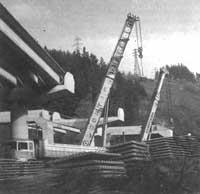 With the creation of concrete in the second decade of this century begins a revolutionary stage for the construction sector. The large public works made with this material were announced a life span of more than one hundred years. But recently there has been the so-called reinforced concrete cancer, a disease that slowly runs the inner concrete steel. This concrete, moreover, is responsible for maintaining these large structures and reduces the lifespan of bridges, dams, dikes and highways to the half of the time that was projected in its construction.

The origin of this deterioration is double: on the one hand, the salt that is poured to avoid the ice that forms on bridges and highways during the winter is mixed with water and introduced into the microscopic pores of the concrete. When it reaches the steel structure that supports it it begins to oxidize, and sometimes the aggression is so hard that the formed oxide makes the metal a volume almost thirty times larger.

On the other hand, in industrial societies pollutants from streams, such as carbon oxides (IV), can also enter the material and damage the steel rods until they run.

The visible signs of this disease are dark spots that appear on affected bridges or levees. At the same time, the progressive state of deterioration, in addition to losing the aesthetic appearance of the work, severely reduces its mechanical resistance at the time of its construction.

This is the case of the dome of the Berlin sports palace. The dome fell and it is not known for sure why it occurred, but it seems that the concrete used was in poor condition.

According to experts, reinforced concrete constructions in northern and middle European countries with cold weather and lots of snow are very affected. Reinforced concrete cancer has already attacked more than half of the bridges in Switzerland and Italy and, despite costly repair techniques, it seems that they will not last more than twenty years. All of this has led governments in countries such as Europe and Canada, Japan and the United States to deepen research into the process, develop new technologies to repair damage and find ways to extend the lives of bridges and highways affected by this disease. 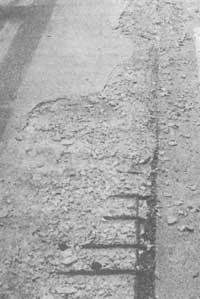 Although in the Spanish state the climate is not so demanding, there are numerous sections of highway and bridges attacked by this corrosive disease.

This disease can crush large structures.

How to diagnose corrosion

Metal reinforcement corrosion experts have developed a technology that allows to know the internal state of the affected works in a few minutes. On the exterior surface of the building an electric signal of ten billion watts is applied. This generates a new response signal in the structure being analyzed, which is processed on the computer. The application of this technique in the work itself allows a real-time corrosion diagnosis, checking the speed with which it is produced and consulting the repair. It is also able to become aware of the state of health of large buildings and recommend the repair of the affected works. What at the moment cannot be done is to eliminate the effect of pollutants that undo iron.

The buildings most affected by this disease in Spain are the highways of Barcelona, Valencia and Gijón. Also some buildings near the sea, due to sodium chloride. In many cases, the physical deterioration of these buildings is almost noticeable.

Nowadays, however, concrete is irreplaceable in construction, since it is cheap and offers great possibilities. Therefore, the technological fight against the disease should be a priority in countries where there is a heritage built with this product, but without forgetting the reduction of the accumulation of pollutants caused by industrialization. 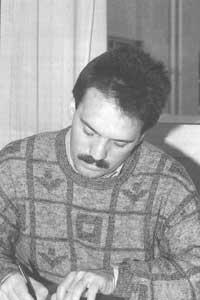