I do not know if it is by the end of the millennium, but more and more prophets announce the end of the world. Styles have changed: the new prophets have set aside the desert, grasshoppers and stoicism, and non-governmental organizations, houses of culture and international solidarity are the way of life. But prophecy has not changed: the apocalypse has come to us. Not, of course, the old-fashioned way of Sodom and Gomorrah, nor the nuclear war that prevented us from sleeping twenty years ago. As in the special effects of cinema, in this we have made great progress.

The knights of today's apocalypse are the ozone hole, the deforestation of the Amazon, the aging of society and genetic engineering. The collective hysteria that is periodically created around the latter is spectacular. That a ship has brought transgenic corn, agitated by all; that they have cloned a Scottish sheep, all nervous; that an American millionaire tries to clone, frightened by all. And beyond terror, all Tertulians highlight the ethical problems of these new techniques.

This fool who I don't know or what ethics is may not see the terrible risks we hide, but to this movement I give a very old touch. The message is clear: the new technology is the invention of Satan himself to propel the apocalypse. Just like when the steam engine or plane was invented (and probably the mop). 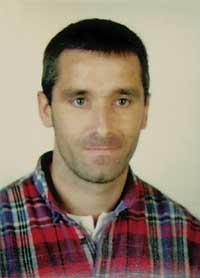 I have never been very technological, but all this terror seems to me a little more. Most of the crops used by traditional traditional agriculture are transgenic, so I can hardly understand the uprising against transgenic plants. I'm not going to try to explain what plasmids are, but whoever wants to can find information about this. Similarly, cloning of plants seems to be a deadly sin, but vaccination techniques that have traditionally been used in vineyards, even on the most cliffs of La Rioja, are very close.

But the qualitative leap occurs when working with animals and especially with animals. It seems that we have forgotten the calapitus caused by the first test tube child, the ethical problems that had to bring. Or perhaps the joy of a partner who could not have the child has made us forget those fears? I see great problems in preventing cloning: as technology and the market are ready, the only thing we would achieve would be to become the privilege of the rich. For this I would prefer to pay Social Security.

And I don't see in any way the risks of creating "own copies." Everyone cloning, thinks he will come out like the child, and even more so, that he will be "him", he has it! Have we forgotten the influence of the medium on the constitution (and especially on character)? Since the personal past is unrepeatable, we would not get much more than a similar face. Moreover, let us not forget that it is vice for children to grow up as their parents do not want. I imagine the clonic children of the prudent congressman turned into punk, clown or arco-crishna! (O el hijo clónico del punk, con Opus Dein numerario, me da igual). Well deserved by parents.

Finally, it is often mentioned that cloning would open the way to creating castes of slaves or warriors. Here, again, it is not a technique, but a goal. Slavery was worldwide without genetic engineering. Also unacceptable ways of getting bodies and special characters: chanting castrated kids, soldiers trained in blind obedience, gymnastics hungry girls, soap-making beans, cilantro educated Palestinians, examples can be easily found.

If someone is as ambitious as to do so, they can achieve their goals easier and cheaper than by cloning by maintaining traditional forms. The long experience in deformative education shows that good control of the environment allows us to build all kinds of people. Cloning does not, therefore, open a new way for us, since for the wicked all paths were long open.

The problem, once again, is not in technique and the prohibition of technique is equivalent to the death of the messenger. How? instead of asking what for? we would ask. Cloning ideas seems more dangerous to me than cloning genes. But we cannot get into the helmet of some, because what purifies us all is to prevent cloning. In this march we will outlaw the twins.