With the official start of the Human Genome Project (GGP) on October 1, 1990, a 15-year megaproject was initiated with a budget of 3,000 million dollars. For the money to be spent and the technical challenge it entails, it has been compared with the Apollo project, which N.A.S.A. He set in motion in the 1970s to bring man to the Moon. The 3% of the budget of the LDC (about 90 million dollars) will go to analyze the ethical, social and legal consequences that can be derived from the scientific results of the project. This is one of the most outstanding differences of the GP with the Apollo project.

If the expected time limits are met, know the exact sequence of the 3,000 million nucleotides we have in our genetic heritage when the GGP successfully concludes in 2005, what advantages does it give us? Someone can ask because these advantages are not obvious. To say that the final goal of the project is to make genetic therapy possible does not explain the problem too much. An example will help us outline the advantages of the GGP. 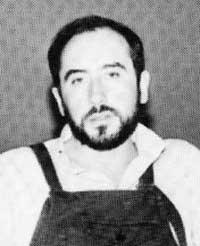 About fifteen years ago, when genetics had already made great advances, the only option left to that doctor was that, after seeing that a couple gradually escaped their child's life because of a Duchenne myopathy, when they asked the doctor about the possibility of getting pregnant again: “Look, as this disease is a consequence of a defective gene on the X sex chromosome, with a probability of one for every two, if the next child is a child, he will also be sick, and if he is a child, he will be a carrier and pass the defective gene to his descendants.” In this situation, as is logical, many couples refused to have more children.

At present the problem is totally different. Knowing the defective gene and its sequence, it is possible to make a prenatal diagnosis from the 2nd or 3rd month of pregnancy. This diagnosis allows parents to avoid the birth (through therapeutic abortion) of their carrier child who will be very sick. Thus, advances in genetic engineering have allowed couples with this “risk” mentioned to have healthy children.

It is clear that this situation is not the best. And it is that, both by religion and by ethics, for some people the current situation is the same as 15 years ago, precisely because they would refuse to do this prenatal test or abort. The “real” solution would be to replace the defective gene in an early stage of embryo development. Real?

According to the ethical behavior adopted by the current scientific community, any possible genetic therapy is limited to the somatic line. Therefore, in the best of cases, one can try to solve the health problems that the genetic error would cause to that person, but the defective gene will continue to be transmitted to the offspring. In any case, it should be remembered that the ethical codes are not absolute, since they vary a lot from one human group to another and over time. Therefore, the current attitude of scientists on germinal lines can radically change in the future.

At present, one percent of children has been born with a serious genetic error. Although these and, above all, the possibility of supplementing with a unique and safe treatment to which they can be born in the future justify with ease the work to be done in the GGP and the funds to be spent, we must remember that the majority of the diseases that suffer from the human being are not genetic, but ambitious. In most cases, technical resources are known to avoid them or healing therapies. 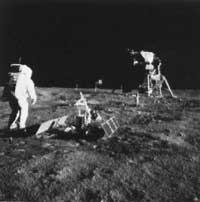 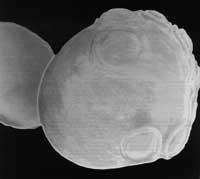