We have heard many times people who have transplanted another person's kidney, liver, or heart and are used to it. But what about brain transplantation?

Talking about complete brain transplant is, of course. Reconnecting all the inputs to the brain and all the outputs from the brain is certainly something that today is out of our capacity. But the brain is not a black box. It is divided into systems, defined according to their anatomy or chemicals or both, and have different functions. Scientists dedicated to the study of the human brain have taken a great step in research on the understanding and interaction between these systems. The solution of these systems by transplanting cells from other human beings is not a dream today.

Last year more than one of the countries in China, Sweden and Mexico was transplanted human brain cells to repair the damage caused by Parkinson's disease. But so far there have been few operations and the information about them is quite scattered. In fact, if we were to say that the technique has some benefit for humans or is not yet known, most scientists would agree with this statement. 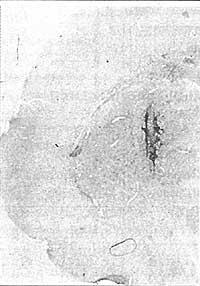 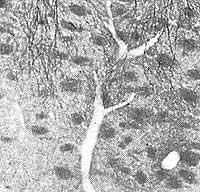 A) From human embryos to rats: by extracting a piece of tissue from the human embryo, researchers separate cells before they are implanted in the brain. B) Colored to locate dopamine, vaccination appears with a dark part of the brain. C) The fibers of the cells that are incorporated lengthen greatly in the brain of the receptor.

On the part of people with neurological diseases untreatable by other methods, there is an enormous demand to prove anything that offers them a spirit of hope.

According to scientific researchers, once this technique was analyzed in the laboratory with animals, the logical consequence would be its application in humans. The results obtained in this type of research have upset a number of myths about the brain's ability to heal.

The main obstacles to progress in this area are ethics. In addition to testing new procedures in human operations, there is a problem of who the donor will be. The necessary cells have been taken from the aborted human fetus in recent transplants.

Why are embryonic cells so special? That is, do not survive if brain cells (in the case of adults) are disconnected, either individually or collectively. And by the time the child is born, his brain cells are mature, that is, they will not divide more and already have assumed functions of specialization. It seems that these brain cells have the flexibility to deal with the blow they suffer from being transplanted to another brain only in the early stages of their development.

In the nineteen-nineteen-sixties and early 1980s, research conducted by several pioneers in Britain, Sweden and the US somehow forced the condition that the cells transplanted into the brain continue to grow. This means, for example, that embryo cells can be transplanted in rats from 13 to 18 days.

When scientists showed that cells could survive, they did not lose hope of doing something. Swedish and American groups initiated the dopamine system, which is affected by Parkinson's disease. People with this disease have great difficulty controlling their movements. This is because one of the centers that controls movement, the “striatum”, does not work properly. For the striatum to work properly it is necessary to increase the levels of dopamine in the brain. The technique developed by scientists was the transplantation of dopamine cells in the brain of patients affected by this dopamine system to restore the damaged substance.

Due to the results obtained in the experiments carried out in rats, it was considered that a salvation had been found for those affected by Parkinson's disease. At the time when ethical problems began to take off, Swedish doctors used a cellular source that in their first operations had not become so explosive. Among the chemicals that secrete the central part of the adrenal gland (called the marrow) is dopamine. Experiments in rats have shown that transplanting these cells to the brain can solve problems arising from the shortage of dopamine. This technique also has the advantage that patients can provide their adrenal glands.

Ignacio Madrazo, from Mexico, claims that he has successfully treated Parkinson's disease by incorporating cells from the adrenal glands and human fetuses.

In 1982 and 1983 neurosurgeon Erik-Oloj Backlund from Estoholm introduced adrenal cells in two human patients. In view of the desperate results, Anders Björklund and his colleagues started a research program aimed at embryonic cell implantation in humans for the first time.

The first step was to establish ethical criteria for the use of aborted human fetal tissue in the experiments, done in 1985. Brundin, one of the members of the aforementioned scientist, began working immediately. To strengthen the success criteria of vaccination, he established embryo cells between 6 and 19 weeks in the brain of rats, whose dopamine systems were laterally damaged. The only problem that could appear in these operations was that the immune system would not allow these cells. Brundin uses the drug A cyclosporine to eliminate the immune response to experimental rats.

Embryos of more than nine weeks did not stick, but those with fewer weeks stuck all. After the operation, the beneficial effects appeared in two or three months. In the case of rat cells, they developed much faster, and once the cells were implanted, after a day or return dopamine begins to flow. 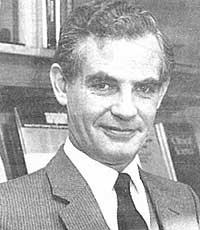 When assessing the effects of this type of operations on humans, we find that almost all knowledge about transplants and their functioning is based on rats. It would be logical that it would not be applied in humans until good results in nearby species. But only a few apes have undergone the adrenal marrow transplant.

In Britain, David Marsden, professor of neurology at the University of London, is the most expert character in Parkinson's disease. Guide of a program whose ultimate objective is the transplantation of embryonic cells in humans, provided that no discomfort occurs. But with his words “before justifying these vaccinations in this country, we must demonstrate the feasibility of introducing human cells into monkeys.”

To finish this article, it is inevitable to raise three big questions when applying these techniques in humans: Is it safe? does it work? and is morally justified? Given the current situation of knowledge, it seems that it is not easy to know what the answers would be. 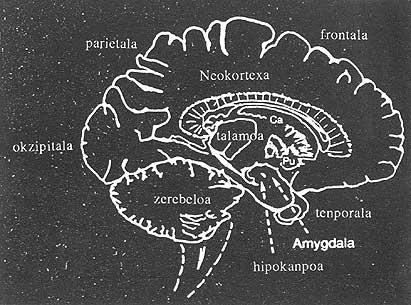