The general objective of the program "Plaza de la Física" is to promote Physics in Europe. Promote the scientific culture of citizenship, contribute to increase and improve the presence of Physics in Educational Curricula and in the human media, change the downward trend of Physics in student options are the main objectives of the program. In general, we want to show that Physics is an area with interesting challenges both intellectually and in everyday life.

The end of the program "Plaza de la Física" will be a great public meeting. The meeting will take place from 5 to 10 November 2000 at the headquarters of the European Laboratory of Physical Particles (CERN) in Geneva.

The program "Plaza de la Física", coordinated by the National Commission in Spain, is located at the headquarters of the Royal Spanish Society of Physics (RSEF). One of the most important activities he has organized is the competition for first, second and university professors and disseminators. The contest is divided into 5 sections:

All participants in the competition will choose 20 Spanish representatives invited to the Geneva meeting. The selection will take place at the Miramon Kutxaespacio de la Ciencia in San Sebastián, on September 30, and the authors of the best papers submitted to the contest will be invited.

Other actions planned are the talks to disseminate Physics. These talks will be given by prestigious professors and communicators. In addition, between March and November other actions will be proposed for the world of physics and science in general to be exhibited in press, radio and television.

More information about the program and tournament bases can be found at the following internet addresses:

Or by email to fisicaenaccion@hotmail.com 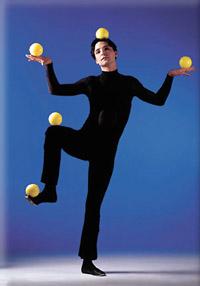