Analyzing the magnetic field in session

According to Enstein, the origin of the Earth's magnetic field is one of the five main problems that Physics currently has to solve. Researchers work nonstop for half a century, but so far it has not been enough to solve the mystery.

The discs that turn in the opposite direction analyze the fluid at the ENS High School in Lyon. With this, the researchers intend to demonstrate the “dynamocinematic effect” that is considered the source of our magnetic field.

Geophysicists agree that the Earth's magnetic field occurs at the core of our planet, but they do not agree on the hypotheses that exist to clarify how it occurs. According to scientists, cast iron is a great conductor and the main component of the core. It will have convective movements, generating electromagnetic currents. Physicists call it “dynamocinematic effect” and it can be the source of our magnetic field. Researchers at the ENS High School in Lyon in France want to demonstrate this by repeating the effect in the laboratory.

The test consists of circulating the liquid metal in a cylindrical area. Not as dangerous as sodium or mercury, they want to do their tests with gallium, which is an excellent conductor of electricity. This metal is very expensive and the six liters they need have been “rented” by a company. 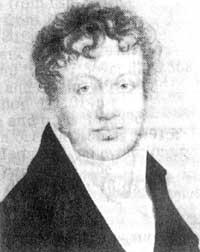