Opening the path of the Enobieta stream

Artikutza is a Basque oasis created for water and water (Navarra), which since 2019 has even more value, as the only black spot remaining in it, the Enobieta reservoir, has been removed. Since the depletion, the impacts generated in the downstream river have been disappearing and what was an obstacle has become a step that guarantees the mobility of the inhabitants of the place. 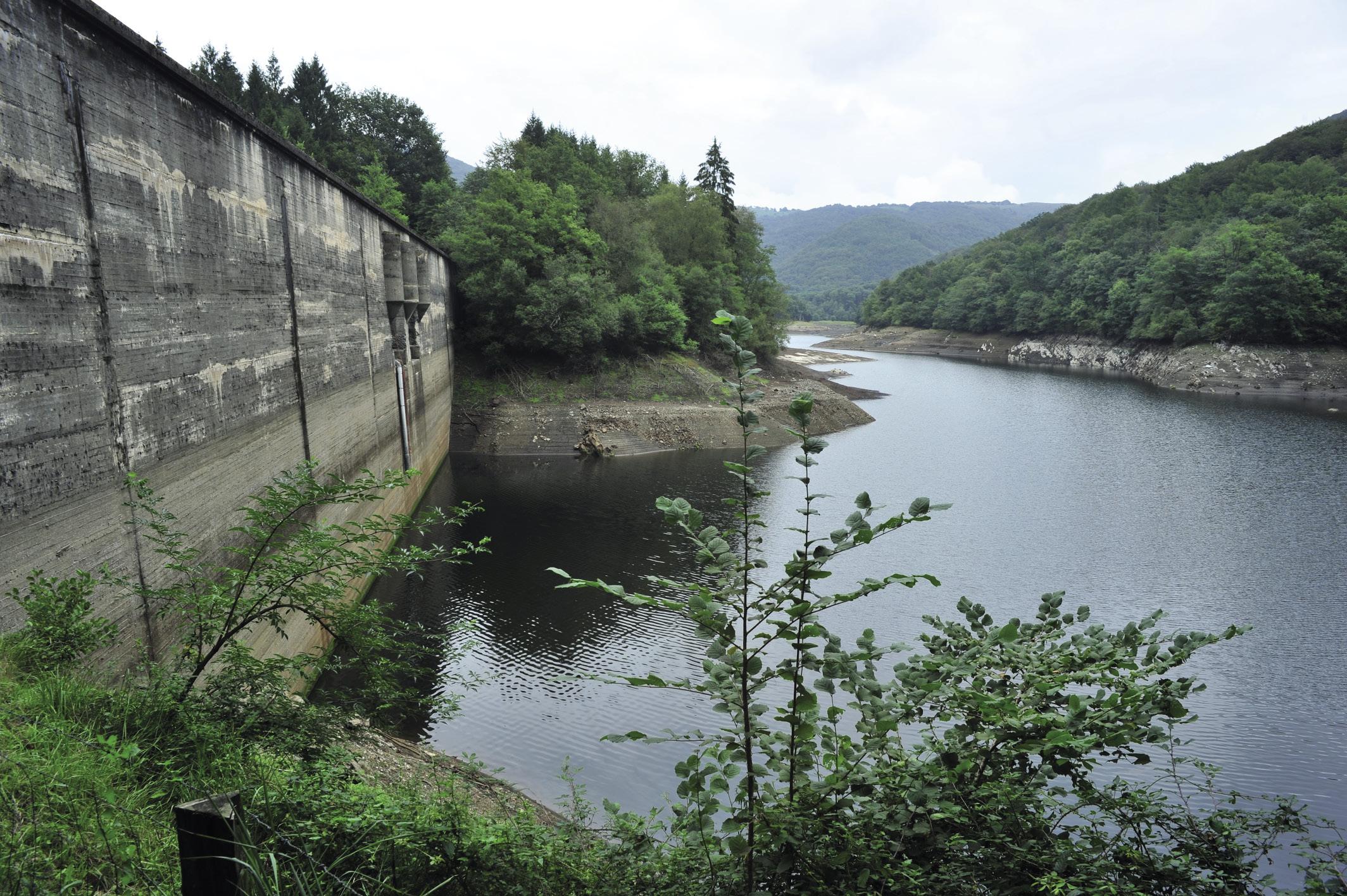 Figure . The Enobieta dam, built in the 1950s in the Artikutza Valley, was used to supply water to the urban center of San Sebastian. ED. : Arturo Elosegi Irurtia.

The life expectancy of any infrastructure is limited and in the case of large dams this limitation is fixed between 50 and 100 years. So, XX. Tens of thousands of great dams built in the 20th century are about to exceed the lower threshold of their life expectancy, or they already have it, and others are about to reach its peak. For example, in Europe alone, the average age of large dams counted is 55 years.

This ageing, in addition to raising the cost of maintenance, slowly compromises the original function of the dam and reservoir, putting public safety at risk. From the point of view of the health of the rivers, these dams cause important damage: the transport of descending sediments in the river is interrupted, the temperature regimes and the chemistry of the water are modified, a barrier effect is created that hinders the movement of native living beings... In view of these problems it is recommended to empty and remove obsolete dams and dams.

However, this incipient activity, although beneficial in the long term for river ecosystems, may initially be a driver of environmental change. For example, by emptying the reservoir, the movement of sediments stored in it (mud) can damage biodiversity and the functioning of rivers. To understand these impacts and their subsequent recovery it is important to collect, interpret and understand data. This is what we have done in researching the Enobieta dam.

Artikutza, an oasis in a world in continuous degradation

XIX. At the end of the 20th century, several attacks outside the urban area were built to supply the Donostian population, one of them in the Ugalde dam on the Añarbe River. However, in 1902, due to the pollution of the Añarbe river, there was an epidemic of typhus in the capital. Thus, in search of clean water, the affected moved from the Ugalde dam to the springs of Artikutza. Years later, in 1919, the City of San Sebastian acquired the Artikutza Valley to ensure a quality water supply. Since then, the cattle were kept out of it, most of their inhabitants were hired as municipal employees, limiting access to the valley. As a result of this conservation policy, Artikutza has become a place of great ecological value, today practically covered with oak, beech and alisedes. 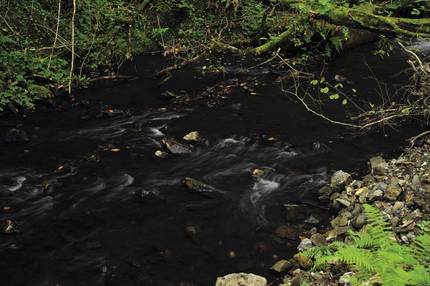 Although good water quality was guaranteed, it was not possible to regulate the flow of the streams, and in times of long stretching San Sebastian presented problems of supply. To solve them, in 1947 the Enobieta dam was designed: Prey of 40,4 meters high with storage capacity of 2,7 hm3. However, immediately after the construction of the dam, they realized that on the left side there were karstified marbles that compromised the stability of the dam. Despite attempts to solve the problem, they were not successful, so the left end of the wall was unfinished. In order to avoid the risks arising from this decision, part of the dam was demolished and the height of the relief was reduced by 5 metres. Consequently, the maximum capacity of the reservoir was limited to 1,6 hm3 (Figure 1).

In addition to the safety problems, the Enobieta dam also caused quality problems. In fact, in summer, when the sun heats the surface of the dam, there is a limit called thermocline between the lower cold water and the surface hot water. This prevents the mixing of both water bodies, and there may be a lack of oxygen in the bottom. When this occurs, manganese, iron and sulfate, both in rocks and sediments, are reduced and dissolved, taking the water a smell of rotten, cloudy color and bad taste. In the case of Artikutza, this effect was evident under the Enobieta reservoir, since a black color was detected due to precipitated manganese (Figure 2) and it was frequent to detect the sulfur odour at the end of the summer. High metal concentrations are detrimental to both human health and biodiversity, and the illegal values that were frequently found in the Donostiarra waters, due to the lack of the reservoir, were also forced to use groundwater.

Therefore, in the same stream, but a few kilometers below, the Añarbe dam was built in 1976, much larger than that of Enobieta (43.8 hm3). Since its inception, the Enobieta dam has lost importance and its maintenance has been progressively reduced to almost total disappearance.

Decision on unbundling: possibility of investigation

In 2014, the City Council of Donostia-San Sebastian, with the aim of improving the state of the streams, brought down in Artikutza seven small dams that were not previously used to facilitate fish mobility. In 2016 he decided to remove the Enobieta dam, keeping an unserviceable and expensive reservoir. Thus, he launched a pioneering project in Europe, since Enobias is one of the biggest dams that have been emptied so far. We take this opportunity to carry out our research with the aim of investigating the effects of the Enobieta dam on water quality, biodiversity and the functioning of the river ecosystem and its subsequent recovery. 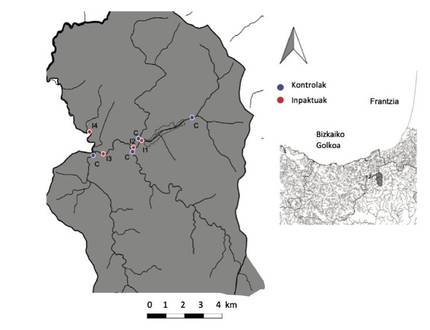 Figure . Map with the location of the 8 research points (4 K and I1, I2, I3 and I4) and the boundaries of the department of Artikutza. The discontinuous lines indicate the area of the former dam of Enobieta. ED. : Look at Atristain Vega.

To test it, 8 sections of the rivers of the Artikutza hydrographic network were analyzed: on the one hand, four control sections (K, one in the tributaries not affected by the reservoir and three other reservoirs) and on the other, four impact sections (I1, I2, I3 and I4) located under the reservoir following a distance gradient (Figure 3). In addition, for the follow-up of the entire process, the project was divided into three phases: the time when the reservoir was full (2018), the emptying phase (2019) and the recovery phase after unpacking (2020).

As of mid-2018, the level of the reservoir began to drop through a pipe that gradually poured the groundwater so that the upwelling sediments were covered and compacted as quickly as possible with vegetation. This was intended to minimise the transport of fine sediments during the final drainage phase and minimise potential impacts on water. Although turbidity increased markedly in the drainage phase, previous compaction allowed sediments to stabilize rapidly, significantly decreasing their transport at the start of the recovery phase. In this sense, even when the transport of the sediments was at the highest, there were no episodes of absence of oxygen, and in invertebrate communities that inhabit the rivers, for example, it had no impact, and the emptying opened the recovery window for those communities. In fact, at the end of the drainage phase, the state of the invertebrate communities under the dam began to improve in front of the state prior to the drainage of the dam, disappearing by the autumn of 2020 (end of our investigation) the damage already caused by the dam. The same was true of water chemistry. Although the dam was full of large concentrations of reduced metals, with the emptying of the reservoir, this influence slowly disappeared.

Figure . On the left, full of the Enobieta dam in 2018. On the right, on the other hand, by 2020 the reservoir has been completely emptied, showing signs of rapid vegetation colonization. ED: [Arturo Elosegi Irurtia].

And what have we learned?

Although the harmful effects of dams on rivers and streams are well known, little is known about the condition of their elimination, especially in the case of large dams, since most of the studies carried out so far concern the elimination of small dams.

Overall, the results indicate that, in our case, the emptying of the reservoir has not caused environmental problems and that the existing problems have rapidly disappeared. However, although the emptying of the Enobieta dam can help fill this gap, further research is still needed. Unlike Enobieta, other problems can occur in most places: contaminated sediments, invasive species, reforestation difficulties or problems with the population of the area, which will have different effects on responses. Therefore, when a reservoir ceases to be useful, it is interesting to analyze the effects of its demolition in order to analyze the water quality of the rivers and the response of organisms and the functioning of this action in different cases. Thus, future emptying and demolition of dams can be performed according to protocols that minimize the environmental impacts of the action.

So, reader, remember: although it looks like a lake, the reservoir in front of you is nothing more than an artificial structure that damages the rivers and, as you get older, will have to be removed with the least possible damage to the environment. 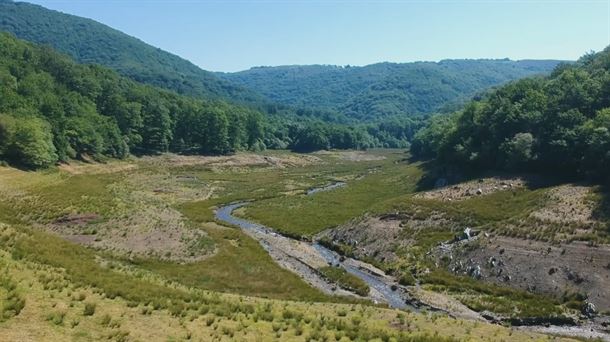