The sun as a source of electricity

No one can deny that the Sun is an unparalleled source of energy because we owe it life. Every day we receive from Earth an enormous amount of energy from the Sun and have learned to exploit this treasure. Solar energy occupies an important place within renewable energies and is increasingly used in society. The energy emitted by the Sun has two ways of application: the direct use of heat, that is, the thermal use of energy, and the transformation of it into electricity, that is, the use of energy by the photovoltaic way.

Photovoltaic solar energy. The term photovoltaic is undoubtedly the most incomprehensible of the three for anyone who does not know much about the subject. But the meaning is quite simple: We transform the energy that comes from the Sun into rays, radiations or photons in motion of electrons, or what is the same, into electricity. And how is it done? Through a mediator called photovoltaic cell. Photovoltaic cells are the basic units of solar panels that are installed on roofs and other places. In increasing order of size, cellular assemblies form modules and modular panels assemblies. 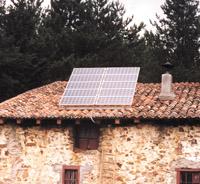 Photovoltaic cells are formed by layers of semiconductor materials. Semiconductor materials have special electrical properties and can be insulating or conductive depending on temperature. Silicon is the most widely used material to form photovoltaic cells, although cadmium teluro, copper selenide, indian selenide or gallium arsenide also present these properties. But the latter, at least today, are not used commercially. As mentioned, photovoltaic cells are formed by two semiconductive layers of silicon, two doped layers, that is, one has more electrons than the corresponding and the other less of the corresponding ones. In this situation, when the solar ray (the photon) touches the cell, an electron jumps from the layer of higher electron density to that of lower density, and the design of the cell forces it to introduce it into the electrical circuit. As the sun's rays constantly fall, electrons continually jump from one layer to another, generating electrical current through the circuit.

This is the secret of photovoltaic cells. But photovoltaic installations, in addition to solar panels, have two other main components: the regulator and the accumulator. The accumulator stores the electrical energy produced throughout the day so that the user receives a constant electric current at times of lower production or during the nights (when there is no production). The regulator, for its part, is a safety system that, when the accumulator is full, cuts the current so that it does not suffer any damage.

Among the advantages of photovoltaic energy is that of its scarce environmental impact, since it generates very few residues: it does not emit pollutants to the atmosphere (or rivers or seas), does not produce damage to fauna and flora, and also the photovoltaic transformation is completely silent, does not produce noise pollution. From the environmental point of view, accumulators are the weakest point of photovoltaic installations: lead, nickel and cadmium, toxic substances, are used in accumulators, so they must be cared for and recycled. But photovoltaic energy is generally a clean energy.

The Sun is an inexhaustible source of energy, at least in the next 6 billion years, without the need for extraction or transport of fuel. It reaches directly to the panels. Once installed, solar panels require minimal maintenance and a service life of 30 years. In addition, they are flexible, high security and often economically profitable systems. There are very competitive photovoltaic applications and sometimes the installation of photovoltaic panels can be cheaper than the elongation of the power grid. On other occasions it will be impossible to expand the network.

At the same time, one of the biggest disadvantages of solar energy remains economical. While costs have declined considerably over the last ten years, PV systems have relatively high initial costs and are long-term impositions that can be amortized in about 15 years. However, when talking about economic aspects, environmental costs are rarely included, which are those that exist. The second major drawback is the total dependence of the Sun: a well-designed photovoltaic installation provides us with energy at any time of day and night, but the generator cannot work without Sun, without Sun it is not possible to generate electricity and therefore it is not a suitable system for applications that require large powers. 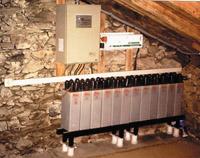 Photovoltaic solar panels are used to illuminate the Aralar boards, for example. Photovoltaic panels are very common to supply electricity to rural areas without access to the electricity grid, both in developed and developing countries. In the latter the power grid is not very widespread and photovoltaic panels are very useful, since their installation is simpler, cheaper and cleaner than the creation of the network. Photovoltaic panels are used to illuminate mountain boards, hermitages, rural houses, wineries, schools and hospitals, which are currently working in the world tens of thousands of photovoltaic installations. 17% of the photovoltaic modules sold worldwide between 1990 and 94 were destined to supply electricity to rural areas and it is expected that by 2010 these sales will increase up to 25%. And apart from rural centres, where are photovoltaic panels used? Luminous traffic signals, street lamps, clocks, telephones, telecommunication satellites, etc. Another interesting application is water pumping systems, which work very well when water is needed and there is no energy to extract it from the subsoil. 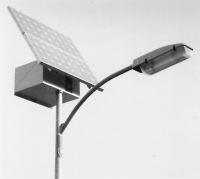 All and many of the applications mentioned are included within the group of autonomous photovoltaic systems, that is, they are systems independent of the conventional power grid. But photovoltaic energy has another way of application that can be as interesting or more interesting as the previous one: that of photovoltaic installations associated with the electric grid. That is, install photovoltaic panels that generate electricity in places where the grid already exists and send this electricity directly to the grid. Instead of the light from our house coming from power, thermal or nuclear power plants, we would arrive by solar panels installed on the roof. Thus, less conventional, highly polluting electricity sources should be dropped and electricity produced from the Sun used when it is too low. At the same time, the use of an existing system for the distribution of electricity considerably reduces adaptation costs and jobs. Comfortable and clean application. By the end of 1998 there were more than 30,000 installations of this type in the world, which could reach 1,000,000 by 2010. But there is still nothing in Spain that regulates the electricity generated by the panel and the connection to the network. There is technology to make facilities, but there is no specific legislation to regulate how to do it. With or without law, photovoltaic systems connected to the network are an option to consider. 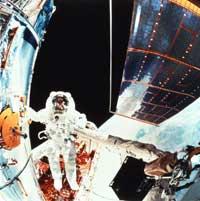