They study the effects of the Cantabrian cooling on the coastal population 8,200 years ago.

The analysis of isotopes of phorcus lineatus karrakelai- and oxygen have discovered sea temperature, both in summer and winter. Ed. Asier García Escárzaga

8,200 years ago the temperature of the Cantabrian Sea dropped by 2 degrees; the most significant climate change in the last 11,700 years. A group of researchers, led by Asier García Escárzaga, of the University of La Rioja, has investigated how cooling affected coastal shellfish and its consequences on local populations.

The work has been published in Scientific Reports and states that the cooling of the Cantabrian Sea caused a change in coastal seafood. To study the adaptation of the populations of the time, the mollusc shells of the El Mazo site have been analyzed through archaeological and biochemical analysis.

Among the changes produced by the cooling, the proliferation of Patella vulgata laps and the decrease of the snails of Phorcus lineatus have been confirmed, since the former are adapted to cold waters and the others are of temperate waters.

Moreover, the shells of this time are smaller than those of other times. Apparently, on the coast the temperature was milder than inside, so human groups turned to it for shelter. Therefore, demography increased and caused a higher concentration of seafood than in other times, which explains the smaller size of shells.

They stress that the data obtained help future research. In fact, the isotopic study of carbon and oxygen in the rockets 9,000 to 7,800 years ago has revealed the temperature of coastal waters, both in summer and winter. At the same time, they've also known the vegetation on Earth, studying pollen.

Researchers also point out that it serves to understand the consequences of current climate change in the North Atlantic. 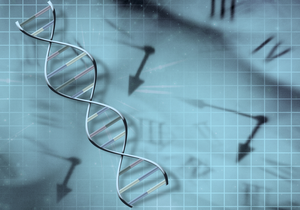