“I want to expand the framework” 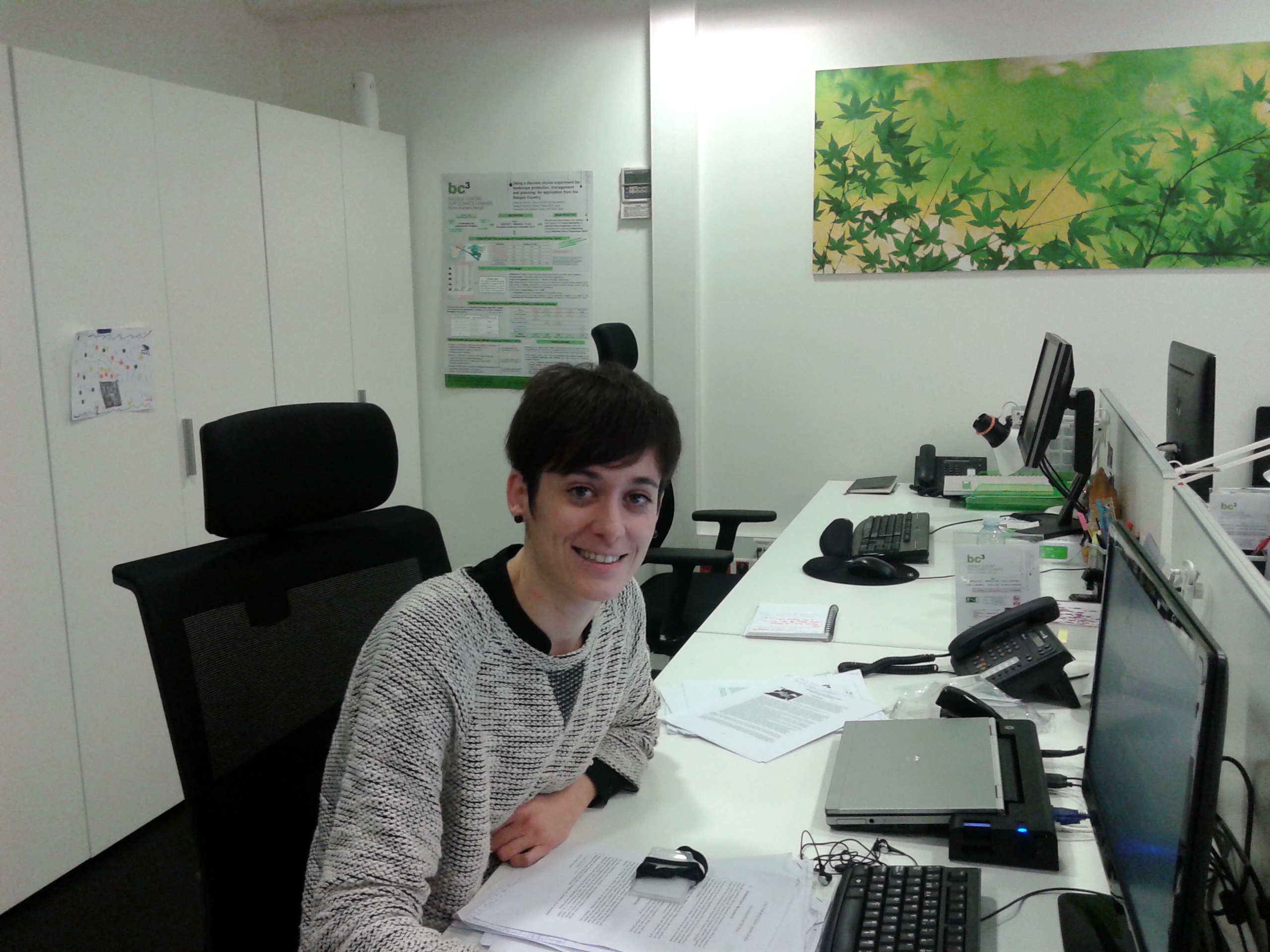 Maialen Garmendia is one of the BC3 researchers on climate change. In addition to really liked his work, he acknowledges that the other main reason that led him to start at BC3 was his return to Euskal Herria.

In fact, after completing the thesis at AZTI-Tecnalia, in Pasaia he moved to the Autonomous University of Barcelona. After a year, he decided to return to Euskal Herria: “At that time I reflected on what to give priority to personal or work life and the desire to come here had more weight than work.” So he sent his resume to BC3, which he finally achieved: Reside in Euskal Herria and continue with your research work.

Garmendia believes that in the research work it is customary to balance personal and work life: “I really like my job, but it has tough conditions, you don’t have schedules, you don’t know if you can continue with what you’re doing in the future... And there you have to see what you put in front: work or personal life.”

In any case, not only personally, but also professionally, his presence in the Basque Country was a good opportunity, since his work at BC3 has allowed him to expand his field of research. “Until then I worked with a single topic. The aim of the thesis was to analyze the indicators of eutrophication in marine and marine branches. And when I went to Barcelona I did the same thing, but in the Mediterranean. It was very interesting, since in one and the other the same indicators are used, but since the environment is completely different, the results are also different. It is true, however, that he was tied to a single theme and he wanted to open it.” He has achieved this in BC3.

Garmendia explains that in BC3 they study the influence of ecosystem changes as a result of human activity, both from a social and economic point of view. And they also calculate the social and economic benefits that a good management of ecosystems can report. “In other words, at BC3 we also take into account the services provided by ecosystems. That was totally new to me. Although at first it was rare to me, now I am very pleased and I also believe that this vision is more effective in bringing the message to society and to those who make decisions.”

And if it is limited to the damage suffered by ecosystems, it seems difficult to reach people. “For example, if the effects of coastal pollution on fishing or the use of beaches are revealed, both citizens and authorities are more concerned than mentioning the loss of biodiversity.”

He now works on a European project called Perseus. “The goal is to overcome the gap between scientists and decision-makers. To do this, we are preparing decision-making tools in the Mediterranean and the Black Sea, always in order to face the problems of the sea. At BC3 we are two or three researchers, but in the project many European organizations and research groups participate with whom we have a lot of contact.”

For Garmendia, the worst advantages of his work are competition and restlessness. However, it satisfies a lot, “especially since you are always growing up, you are always learning.”

Maialen Garmendia Maylin
(Errenteria, 1984). Degree in Environmental Sciences from the University of the Basque Country. After completing a doctoral thesis at AZTI-Tecnalia, he studied at the Autonomous University of Barcelona in a European project. Now the BC3-Climate Change is at the Aztertu Center, in another European project. He has always researched marine and coastal ecosystems.