Ovarian pulmonary adenocarcinoma (ABA) disease has long been known. XIX. It was described in the 19th century (1865), although the retrovirus causing this cancer was not safely identified until the 1990s. ABA is an ideal model for analyzing hostelero-virus interaction, transmission of contagious diseases, cancer development and endogenous retrovirus influence. 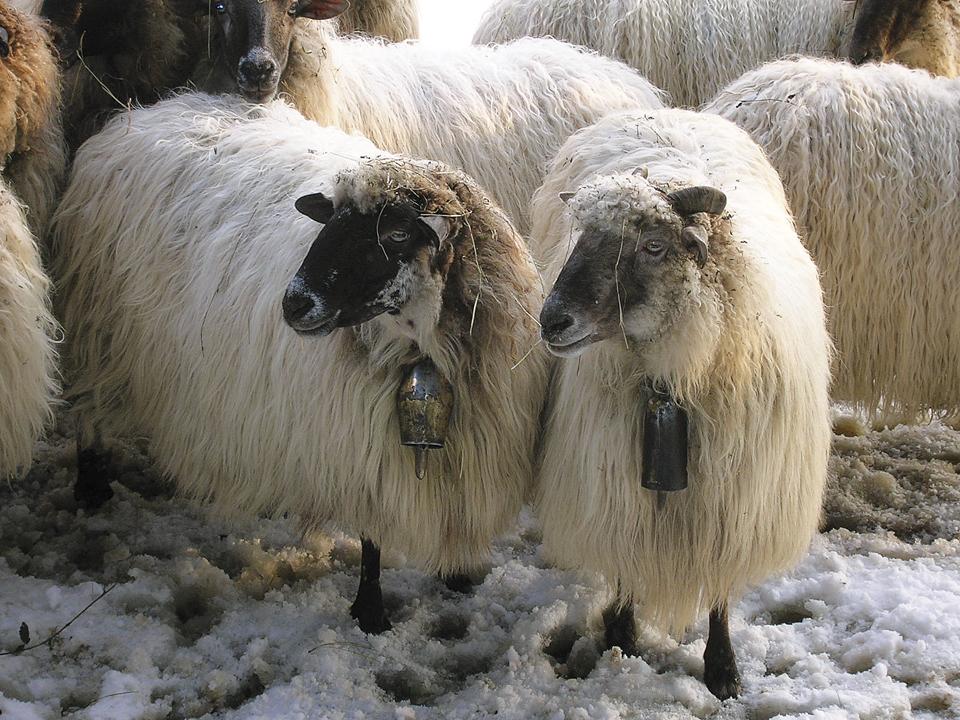 ABA is a cancer produced by a retrovirus

Retroviruses are a large family of varied RNA viruses that infect many species of guests. Among them is the retrovirus of the Jaagsiekte sheep of the genus Betaretrovirus (Jaagsiekte Sheep Retrovirus; JSRV), agent of the ABA. Although it especially affects sheep, goats and wild sheep species can also suffer from this disease. The transmission of JSRV occurs mainly through the respiratory system in direct contact with contaminated animals (Figure 1).

JSRV is special among viruses since its target cells (type II pneumocytes and Klara cells) are pulmonary epithelial cells. In addition, considering that JSRV has a simple genome that encodes exclusively essential proteins, it is also special the mechanism used to cause cancer. Converts target cells into Env protein cancer cells from the virus packaging (Figure 2). The development of ABAO is slow and only in the final phase of the disease appear clinical symptoms, among which are the respiratory difficulties of animals as the size of the lung tumors increases and the own fluid of ABAO accumulates.

Why do we know so little about ABA?

In general, the genetic basis of ovarian diseases has been little investigated compared to other domestic animal species of greater economic interest. Therefore, the information and resources available are often scarce.

In addition, researchers who started studying ABA found a problem. In the sheep genome there are more than 30 copies very similar to JSRV, endogenous JSRV (enJSRV). These elements, as a result of an ancient colonization of the JSRV, became part of the host genome. Both the JSRV and the enJSRV had to be characterized in order to carry out the investigations. Although there is very little data on the immune response to JSRV, there is one clear thing: One of the characteristics of ABA is the absence of an antibody response against the JSRV. The expression of some of the enJSRV is believed to have caused sheep to be immunologically tolerated with JSRV.

Retrovirus infections are difficult to control. In the case of ABA, the only way to control is the elimination of infected and sick animals, but it has another difficulty. Since an antibody is not generated against the JSRV, conventional serological tests cannot be used for detection. Only molecular methods are available using PCR (chained reaction of polymerase), but since the number of viruses in the blood is usually low, they are not always reliable. Consequently, an animal with negative results in the test can introduce a virus into the flock.

ABA is very widespread today: Australia, New Zealand and Iceland are the only countries apparently free from the disease. ABA is the most frequent cancer process in sheep and possible losses can be significant (Figure 3). It mainly affects young adult sheep, which causes economic losses due to the decrease in production and the premature death of animals. In addition, it is a concern regarding animal welfare, since the death of animals cannot be avoided.

In the case of JSRV, it has not been possible to develop an effective vaccine or treatment, since it is not known which genes or immune processes may be related to resistance. Both in these cases and in cases in which pathogens develop their resistance to vaccines, although there is another strategy that can be used, the selection of animals with own resistance, which also requires the identification of genetic markers necessary for the selection of resistant individuals.

ABA's research can not only be beneficial to sheep, but also to human beings. In fact, the respiratory devices of both species are very similar, so the sheep can serve as an example for the investigation of many human diseases. ABA clearly resembles a specific human cancer, bronchoalveolar carcinoma. As the incidence of the latter is increasing, the presence of genetic markers is necessary to identify who may be at risk of developing cancer. Therefore, ABA research can also help to better understand human lung carcinogenesis.

Search for resistance or sensitivity genes 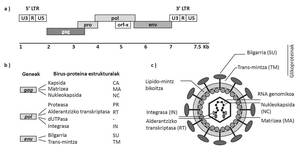 Figure . a) the genome of the JSRV, b) the proteins that encodes each gene and c) the structure of the virion.

The interaction between the hosteleros and the viruses is complex and, often, the details of this interaction are not fully known. Hosteleros have developed mechanisms to protect themselves from virus attacks and other pathogens, such as intrinsic and adaptive immunity. In some human and animal populations, it has been shown that there is a genetic variable that determines sensitivity/resistance to certain diseases, often influenced by polymorphisms of immune response genes.

Despite the scant research carried out around ABAO, the genetic variable of the host seems to influence the development of infection and the disease. In some breeds or families of sheep, the prevalence of JSRV and the different levels of mortality by ABA has been observed. To better understand the pathogenesis of ABAO, it is necessary to clarify the genetic basis that can give resistance to infection and cancer development.

Associative analysis is a way to identify the genes that provide resistance/sensitivity. This type of analysis analyzes the polymorphic markers of the genes selected in function (candidate genes) in sick and control animals. The presence of differences in frequencies can indicate that they are genes that can give sensitivity/resistance to the disease.

Taking a population of latx sheep, from the data obtained in a study carried out by Genomics and Animal Health of the Genetics Department of the UPV/EHU, it follows that the pathogenesis of ABAO may be influenced by the genes involved in functions such as intrinsic immunity and adaptive immunity.

The Main Complex Histocompatibility (DHC) has been studied in depth for its great variability and for its function: the encoding of receptors for the presentation of antigens to immune cells. In addition, some studies suggested that the DCA genes influenced the development of ABAO. Our work has associated certain variants of latxa sheep genes with cancer development, including three alleles that encode the antigen binding point of the DRB1 gene. The polymorphisms of this place can affect the union and presentation of antigens. 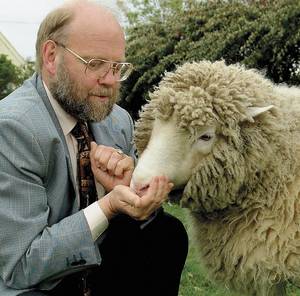 In addition, for the first time, the association for both gene candidates has been described. On the one hand, we have related variations of the MX1 gene (Myxovirus Resistance-1) with sensitivity. The function of this gene is to limit the cycle of viruses, although in the case of sheep and JSRV we do not know exactly what steps limit. As seen in other species, polymorphisms of this gene can affect the effectiveness of the MX protein, being able to have a similar effect on the sheep. On the other hand, we have associated resistance CCR5 (C-C chemokine receptor type 5). CCR5 deals with the chemotaxi or movement of immune response cells, which is why it is important in the fight against infectious diseases. Polymorphisms are known to affect gene expression. In addition, CCR5 has been associated with other retroviral diseases, including Visna/Maedi, another infectious lung disease of the sheep.

Thus, these results obtained in the associative analysis, although they should be replicated in other ovine samples or breeds, can serve as a basis in future designs of vaccines or therapies or in programs of selection of resistant animals.

Thank you Thank you!

I want to thank the institutions that have financed this work, the director Begoña Juice, the colleagues of the laboratory (Koldo Garcia, Maialen Sistiaga and Aitor Esparza) and Imanol Salegi.