The voice, distinctive of man and computers

Like art, technology is a copy of nature. At least try. For the first time, thanks to science fiction, the development of technology and humanized androids echoed this. Everything suggests that reality has once again overcome fiction. We have been able to know that soon we will know a computer that speaks of human voice.

The starting point of the program is the human voice, recording all the parameters of the voice at once. They are then analyzed in parts and adapted to the program requirements, obtaining a detailed X-ray of the human voice. The main contribution of the Laureate program is its use: it can adapt to any situation and automatically renews the different records that contain the human voice with the orders given.

The Laureate program decides whether to provide exclamative or interrogative intonation throughout the conversation, using the human voice intonation molds used in the model. The program has the ability to decide what is the articulation force that corresponds to each word, based for it on a database of 80,000 words. In addition, language registration may provide data separately or on the specific use of acronyms.

The BT research center has announced that Laureate is the new generation of known voice tuners so far. Although the prototype is ready, the launch of Laureate will take at least five years. 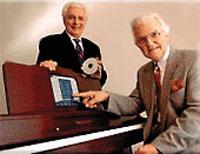 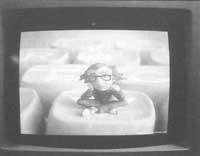