New forms of navigation from the mobile web (I): Geolocation

The organization that defines the standards used in the web, the W3C or the World Wide Web Consortium, has open several lines of work to define the guidelines of the web, for example, in other previous articles we have spoken to you of the semantic web or of HTML 5. But exploring on more unknown projects that are in hand can be very clarifying to predict how the web of the future can be. We present the works that are being carried out in the following two articles to regulate the new browsing trends related to the mobile web, which seem to extend to the general navigation of the web in the coming years.
New forms of mobile web browsing (I): Geolocation
01/07/2010 | Leturia Azkarate, Igor | Computer scientist and researcher 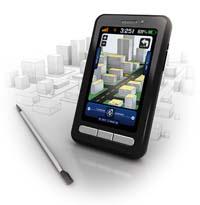 From its creation to recent dates, the web has been used mainly in conventional computers, since to connect to the Internet a cable connection was necessary. But in recent years, since WiFi or mobile connections have multiplied, there has been the phenomenon called Mobile Web, which consists of navigating from anywhere using a mobile device. There are more and more mobile devices of this type: laptops, netbooks or ultraports, mobile phones or smartphones with navigation capacity, Apple iPad and tablets that are being resurrected taking advantage of their success... The very mobility and features of these devices have created new navigation opportunities and device manufacturers and service providers begin to offer new navigation options. But as in the beginnings of all things, everyone does it their own way, and that's why the W3C is trying to standardize them so that they can use any type of service on any device.

Geolocation: services adapted to where we are located

A mobile device has routes to know which geographical coordinates it is in. Some devices incorporate a GPS system that allows you to know the location with great precision. People who connect through the mobile network can know their position by triangulating the nearest mobile antennas. Those who connect via WiFi can use the IP address of the provider and the Internet databases to know their approximate location. This capability is called geopositioning.

Several mobile apps already use the position to provide better information. For example, this is a key information for added reality applications that provides additional information about what is being viewed (see article December 2009).

But this information can also be very useful when we surf the Internet: if our browser tells a web service where we are, this web service can provide us with adapted information. For example, the search for “restaurants” on Google or another search engine would allow us to show restaurants close to us, if you want, sort the results based on the distance to them and how to get there. They could also make advertising more focused and useful: as we are shown by advertising related to the topic of a website that we are currently viewing, in the future they could show us the stores around us.

In addition to the web mobile, these services can be used in browsing a conventional fixed computer. The IP address method allows us to know more or less where we are and that the results of a search or advertising are only from our country.

To make these and many others a reality, there is a team in the W3C organization that aims to “define an interface for web applications that take into account their location, that takes into account security and privacy, so that the client can use geolocation information”. That is, an API geolocation standard is being defined so that web services can know where we are if we want to. The final draft was submitted in July 2009 and is now in the process of recommendation.

However, some browsers already have the geo-positioning API implemented (Firefox 3.5 or higher, Google Chrome 5.0 or higher, iPhone 3.0 or higher, and Android 2.0 or higher). If you have one of them, you can already use or test some web or demo services that use geolocation, such as http://diveintohtml5.org/geolocation.html (in Google Maps teaches you where you are), http://www.beowulfe.com/oil/ (places the oil spill stain on a map so you can measure the distance of the territory you live in).

It is foreseeable that soon existing web services offer new interesting options through geolocation, as well as the creation of new services based on it.

In the following issue we will be talking about another feature that is being worked on in the W3C, which has also been created for the mobile web, but that in the future will be applicable to any type of web browsing: multimodal access, that is, the possibility of using web services through interfaces different to the keyboard and mouse (voice, manual gestures, etc. ).