History of Naval Industry (IV): Europe at sea during the war

There were two important battles at sea. Subsequently, the canyon was invented and the marine strategy, the war and especially the bases of the naval industry was modified. 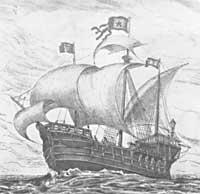 XIV. In the twentieth century, Philip VI of France. The king intended to invade the British Isles, beginning a hundred year war between French and English. There were two important battles at sea. One on the Coast of Flanders on June 24, 1340 and another on the Channel of La Mancha in 1416.

On the Flanders Coast, the English completely destroyed Philip's fleet, attacking him knowing that it was going to be invaded.

On August 15, 1416, the French army of Charles VIII was completely destroyed in the Channel of La Mancha.

And these two were the last two battles made in the sea of ancient form. Subsequently, the canyon was invented and the marine strategy, the war and especially the bases of the naval industry was modified.

On the Coast of Flanders, the fleet of Philip VI was met, as mentioned above. A total of three hundred boats, among them four major losses. One of them, "Cristophe de la Tour", used for the first time a cannon.

The English, in view of this set of ships, were totally concerned. He soon met his fleet and embarked on the orders of IIL Eduardo.

In the French army the Genoese Barbavera advised to leave the coast. However, the French ignored him, and when the ships of IIL Eduardo arrived, the French fleet was destroyed. 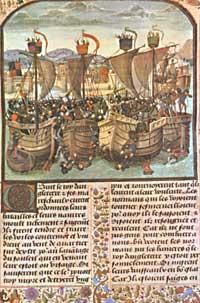 Breaking between English and French in the sea.

Subsequently, Carlos V tried to rebuild the French fleet. In the reign of Charles VI, the French lost another fist under Admiral Gilen of Narbonne, as mentioned above, in the Channel of La Mancha. The English invaded then France.

Later, at the time of Louis XI, the French retook the fleet with the conviction that otherwise their urban, commercial and social security would always be in danger.

But not only in the northern seas, but also in the Mediterranean, the XIII was the nerve centre. Since the sixteenth century. Until the twentieth century. There the berbers attacked any other boat. Also the Turks. They were then the owners of the Mediterranean Sea. Only the knights of Rhodas could defend their party a little. But outside of them, there would be no opposition.

However, the Spaniards directed their fleet to the Mediterranean. In the composition of this fleet, the shipyards of the Basque Country had special relevance. On the shores of the sea and the river were shipyards: Donostia, Pasaia, Lezo, Errenteria, Aginaga, Orio, Mundaka, Lean, Galindo, etc.

However, the Spaniards bombed Tunisia and conquered Algiers. From there the boss called "Barbarossa" had to flee. 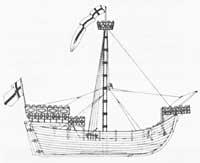 XIV. Basque coca of the twentieth century. For the first time he used the motto of corba (Baianas or Navarro).

The Turks lost the XVI. This last general war of the twentieth century. From then on, the main maritime activities would take place in the Mediterranean and other seas.

During the rebirth, along with the sciences and letters, the naval industry also suffered a great advance. They began to build faster boats. For this purpose they placed several candles. Four often. In this way the force of the wind was better exploited. On the other hand, the boat that supplied cannons and was militarily more powerful for both attack and defense.

However, there was another obstacle to sailing. The navigation charts of the fifteenth century had very little precision. It was also very difficult to measure the distance, because they knew very little about the rottenness of the terrain. The sphere of the Earth had to change the map to the Lord, and errors arose in that change. Geradus Mercator partly addressed this error. He invented a new plane to project the world, in which the real distance between two points was represented by a straight line. But Mercator's maps did not extend until 1585 and the major explorers did not take advantage of them.