Limits and challenges of the universe

What is the universe? When did it begin?... and before? Is the universe changing? How? Man has tried to answer these kinds of questions since ancient times, and so various theories have arisen over the years. In March we were with Alberto Galindo Tixeiro and told us very interesting things. Alberto Galindo Tixaire was born in Zaidin (Huesca) in 1934, although he is a mathematician, he is Professor of Mathematical Physics of Zaragoza and Professor of Theoretical Physics of Madrid. Founder and first director of the Interuniversity Group of Theoretical Physics at the Complutense University of Madrid, he has won several awards.

What do we know today about the universe? 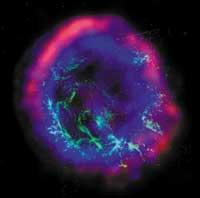 Today, scientists have a quite coherent and precise idea of the cosmos. On the contrary, it cannot be forgotten that astronomy and cosmology, unlike other sciences, should be limited only to what can be observed, since trials can not be designed to confirm cosmological hypotheses. It is possible to achieve, at most, the construction of a coherent theory, according to the observations made in the universe.

Thus, most of today's cosmologists accept the Big Bang theory, according to which the universe had a beginning and goes back to an evolutionary process. This theory is being affirmed after several observations. These observations are the following.

Would they suspect what we know today?

When analyzing the light of the stars of distant galaxies, the same is observed systematically, that the wavelength corresponding to the spectral line of the atomic composition of the star presents a relative displacement towards the red, and the farther the galaxy is, the greater the slipping. According to astrophysicists, it is a proof that the universe is expanding. And it is that intergalactic space is expanding, creating a broader structure if gravitation does not at once keep galaxies (for example, the case of clusters and superclusters), the farther away they are, the faster they move away. In this movement, the light should adjust its wavelength to the size of the universe, increasing the wavelength and, therefore, causing a shift to the red.

Microwave background radiation of the universe 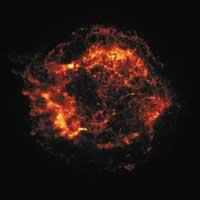 In the first 300,000 years of the post-Big Bang universe the temperature was so high that all matter was ionized and opaque to light. When the expansion reduced the temperature to about 3,000 degrees, atoms were formed and the universe became transparent to light. Photons that are remnants of this first light have continued to cross the universe and we currently collect them at a temperature of 3 K, microwave background radiation.

In 1965 Arno Penzias and Robert Wilson accidentally discovered this microwave background radiation of the universe and is the most evident evidence of the Big Bang.

As announced by the standard cosmological model based on the Big Bang, in the first two or three minutes of the universe were formed helium atoms and remnants of other light elements. The measurements made confirm the announced. 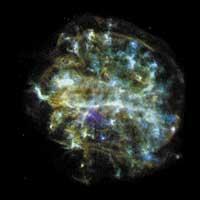 The cores in the universe have been studied and it has been proven that 75% are hydrogen nuclei and almost all the rest is helium. To a very small extent (2%) there are other elements such as oxygen, carbon, neon, nitrogen, etc. (from greater to smaller amount of order). And it is that the universe is ‘half empty’. That is, the amount of deuterium has been measured in the clouds of hydrogen and, among other things, it has been obtained that 65% of the universe is vacuum energy and only 35% is matter, of which 5% is conventional matter and the rest is dark matter. Scientists do not know what dark matter is, it is not seen, but it does have gravitational influence on things that are visible. For example, in the galaxy the gas clouds are seen turning at constant speed around a core. This would be impossible if there were only a mass of visible stars in the galaxy.

The light of the supernovae is weaker than expected 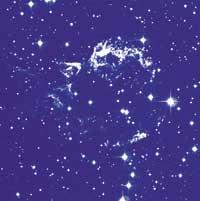 The supernovae of type Ia are gigantic termonuclear explosions of white dwarfs that appropriate the mass of the side star and are involved by gravitation. Some of them can be seen in the images.

In the last three years the light of the supernovae has been measured and it seems that the farther the supernova is, its light looks weaker than expected. As if the expansion of the universe were accelerating. But the logical thing would be the deceleration of the expansion of the universe due to the gravitational attraction of the mass that composes it. Well, as has been said, according to the measurements made, this does not happen. Something seems to influence the expansion, something ‘pushes’, ‘untaps’ the universe, something that separates galaxies from others. In view of this, scientists have proposed the existence of a ‘vacuum energy’, the ‘vacuum energy against gravitation’. 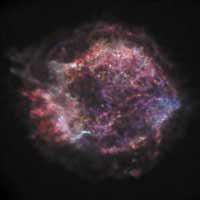 A group of astronomers from Cambridge and Australia has published new evidence of this in March of this year. That is, they have compared the structures of the present universe with which it was 300,000 years old and, again, the acceleration of expansion has been confirmed. To consolidate the current structure they have taken a large volume of the universe and have studied the dispersion model of 250,000 galaxies. Thanks to microwave background radiation, the structure of the universe was known to be 300,000 years old.

The problem that arises in this regard is that this vacuum energy has to be very small to fit the observed one, but according to quantum physics almost infinite! 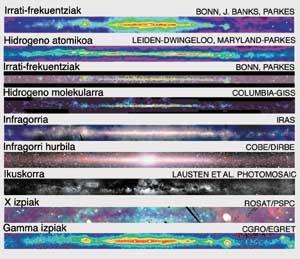 Image of our galaxy at different wavelengths.

We know something more, but...

Alberto Galindo Tixaire: “As we overcome the limits, the limits of ignorance also increase”

What motivates the theoretical physicist, why does he investigate? 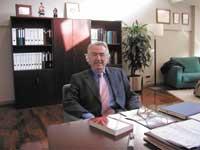 Above all curiosity, curiosity is the one that moves the theoretical physicist. His tendency to mathematics drives him to be theoretical. On the other hand, I would call hedonism to my illusion for researching in theoretical physics; understanding the richness of processes that take place in nature through a few basic laws is a pleasure. Both in small (atom and smaller) and in large (universe...). That is, I want to put the world into my mind.

With the hope of what do you investigate? What do you seek?

There are many unanswered questions. Besides in the environment of the universe, in the world of microphysics there are many questions. 'What is the quantum theory of gravitation? ', 'In the world of elementary particles there are levels inferior to the known? ', 'Are they calculable or provisional in terms of basic physical constants? '. And on an intermediate level there is physics of complexity: condensed matter, fluid physics, etc. In this regard, for example, it would be very interesting to explain the superconductivity at high temperature.

What are your current research lines?

Quantum computing is what most attracts me. I have developed the algorithms to make the most of the quantum computers that will come and I have tried to make my small contribution. The computer is the tool that processes the information and the quantum computer processes the information through quantum procedures. Its direct application is, for example, to improve encryption systems that guarantee security in the execution of bank transfers. In fact, quantum computers will have the ability to get the first numbers of large integers. Quantum information can revolutionize the world of communication and calculation and, in short, transform science and society itself.

What are, from the point of view of theoretical physics, the discoveries that can be made in the short term and what are the questions that are still far from answered?

There are still many unanswered questions left and, despite their answer, many new questions will emerge. As we overcome the limits, they also increase the limits of ignorance. However, it is true that some answers look much closer than others. Distant answers are, for example, the following questions: 'Are fundamental laws really immutable? ', 'How many dimensions does the universe have? '. Will he have no more than what we see?’, How did space and time emerge?’ Will there be another universe apart from our universe? That is, will not our universe be something within another more plural ‘Multiverse’?’ From the point of view of physics it is legitimate to ask such questions, but it is very likely that they will spend many years to get their answer. On the other hand, there are questions that have a closer answer. Around the small, what is the origin of the particle mass? ; Why are the families of the three elementary particles and no more? Around the Great, 'What was the creator of that gigantic inflation that suffered the universe after the Big Bang? ', 'What are the dark matter and energy? ', 'Has it been observed that there is more matter than Antimatería, why is that? '.

Recently, water has been found on Mars and has been rapidly related to the possibility of life in it. What do you think of finding life elsewhere?

Why not? Do we look to heaven for a clear night and do not realize our smallness before so many worlds? Why do we have to be special? Many planets are already known in other solar systems. It is true that the origin of life needs adequate conditions and environments, but why should we think that it is impossible for these conditions to happen again elsewhere and at another time?

Is society ready to understand the discoveries of physics?

Society cares more about what we think. And if we explain it in a flat language, citizenship is aware of the importance and scope of these issues, that is, it understands it. However, the word ‘understand’ can have a very deep meaning. There are things that are understood and others that are known to us, we have become accustomed. For example, although we use quantum mechanics on a daily basis, there are many questions that we cannot answer either.

Can physicists do something to socialize your knowledge in a simpler way?

Without a doubt. We can increase the communication of science and generate curiosity. What's more, we have to do it because research projects are financed through the taxes we pay and society must be clear that science must be promoted to achieve development.

Is scientific culture valued in the street?

Limits and challenges of Physics

There are no phenomena that exceed 300,000,000 m/s of speed, nor that allow to know simultaneously and with precision the position and moment of a particle. Both are physical limits, unsalvable physical limits, expressed by constants c and h respectively, and Planck's constant. 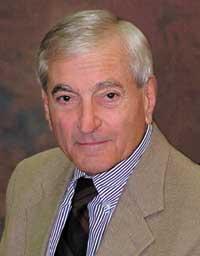 Moreover, because our known universe was born as a consequence of a great explosion, there are facts of the past that we have not yet seen, whose light has not spent enough time to reach us. This limit is called particle horizon. Likewise, if the acceleration of expansion continues at the same rate, some phenomena will disappear in our sight with the passage of time; we will not be able to see again the billions of galaxies that we can see today. This is called the event horizon. Both horizons, that of particles and that of facts, are cosmological limits.

What is it that scientists still do not know? In the words of Alberto Galindo Tixaire: “Was there anything before the Big Bang?” “What is dark matter? What is it composed of?”, “How did the first stars form?”, “Will not our universe be something that is part of another richest and diverse ‘Multiverse’?”, “What did the Big Bang cause?” These questions have no answer for the moment, so they continue to have much to investigate physicists. 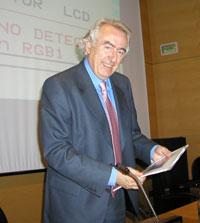 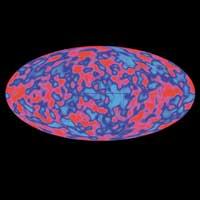 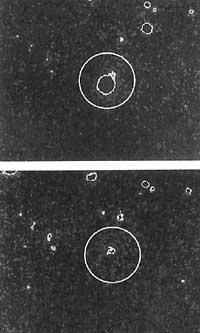