Txantxiku I, from Oñati to the stratosphere 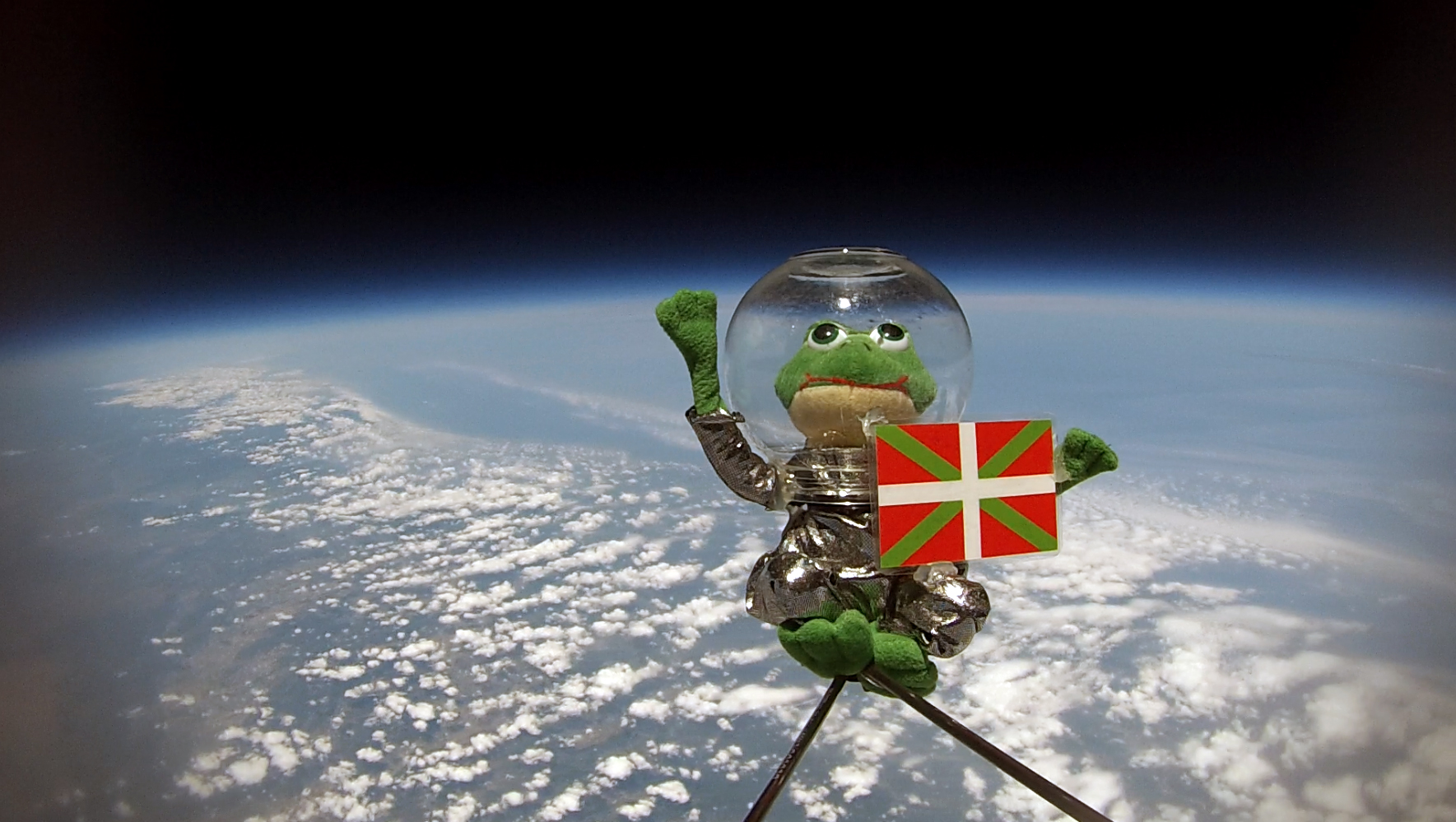 14 June 2014. It is 11 in the morning and there is little left for the launch. If everything goes well, the TXANTXIKU I mission will go up to the stratosphere today. The Gazteleku of Oñati, the Astronomy Group Ilatargi, the outreach group The other half of Vitoria-Gasteiz and the Vizcaine Association of Astronomy have participated 12 children from Oñati schools. Many people have approached to see the launch. Young people of all ages! News

Once received the OK of the control tower of Loiu airport, the probe runs quickly at 11h38m. The speed is 5 m/s.We are in the Errementari square of Oñati. Hardly wind flows and the joke overcomes with note the first test:Crossing the Aizkorri mountain range. In 11h52 it passed to 400 m of Arantzazu, but to 3.973 m of altura.It was directed towards Estella, quite straight. Crossing the national N1, south of Zalduondo, the height was 9,892 m and the direction was southeast.

In Navarre, about 2 km from Navarre, we lost contact with the GPS. They were 12h36 (almost an hour after their departure) and their altitude was 18,235 m. When the GPS contact was recovered it was 13h29 and marked us a height of 18.277 m.A 2 km from the corner, in the center of the Alava natural park of the same name. The "tap" currents of the high atmosphere moved greatly to the west, fairly straightforward. It crossed the Sierra de Cantabria through the Meano area. They were 13h40 and their height 9.200 m. Parakaidasa slowly brought the skewer and probe, 1 km from Biana, to a vineyard. This is the route that the GPS data marks. GPS contact loss cut when the probe was more than 18,000 m. It coincides fairly with the shift to the west. 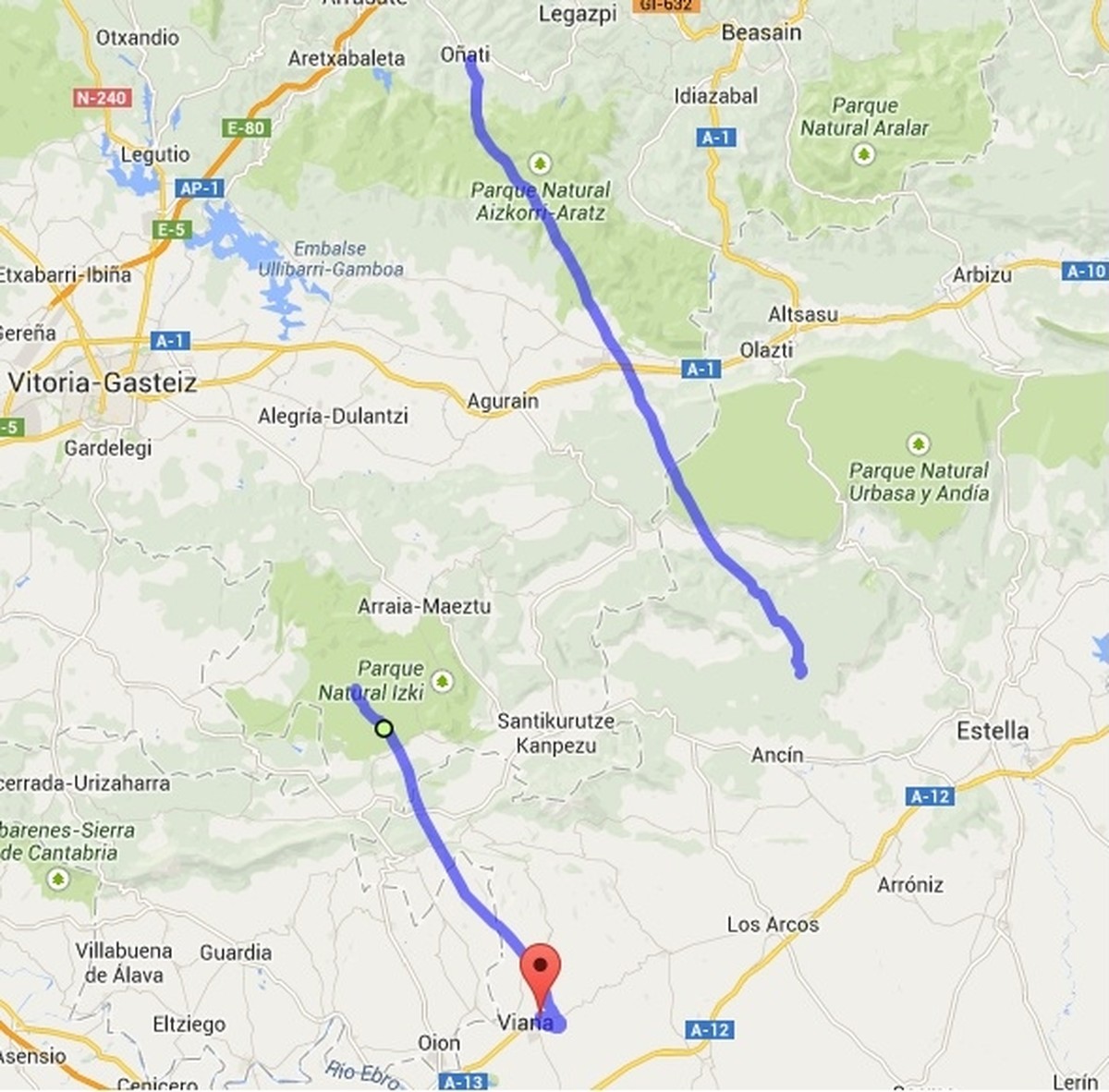 The shoot down occurred at 14:00. The total flight lasted 2h22min. 1h40m ascent and about 40 minutes down.Despite not being a definitive data, it is considered that the probe has exceeded 35 000 m. As the balloon was rising, as pressure came down, it was inflating. It went from 2 to 10 meters of initial diameter. At that moment the balloon explodes and begins to descend. Very fast, in principle, because the atmosphere is very light at that height and is not enough to extend the parachute. As the density of the atmosphere descends it increases and, finally, the parachute is sufficient to perform its work. Surprisingly, our txantxikua has totally landed in Biana. We thought that in the journey down would lose the ikurriña. But no. The txantxiku resisted our favourite symbol! News And another surprising thing: it landed in the place indicated by our forecasts made in the morning. Biana marked us and took land in Biana. How great is Science! News

After eating outside the Viana pools, it was time to open the probe and see the results. Did the GoPro camera record something looking at the txantxiku? Of course! News What joy and laughter when we saw the first images. Although small, these cameras offer great quality. Amazing to see the txantxikua at almost 36,000 m, with our beloved Earth below.

Here is a video summary of the mission. Julio Corredor, of the group The other half, has edited quickly. The final assembly will take place during the summer. We have many videos and thousands of photographs. July will have work. Good work.

Although the most striking aspect of the mission is the image, it was actually a scientific mission. We have measured temperature and pressure. In addition, the Astronomical Society of Bizkaia introduced a cosmic ray detection apparatus. And it seems that it has worked well. We have a lot of data to analyze calmly.

To illustrate how the final video of the entire mission will be, we attach the video of the HAZIAK I project, organized by The Other Half in June 2013. Great!

However, the most beautiful part of the Txantxiku I mission has not been the result. The most beautiful was the collaboration between the Gazteleku of Oñati, the Astronomy Group Ilatargi, the Outreach Group The other half of Vitoria-Gasteiz and the Vizcaine Association of Astronomy. You are all wonderful! News

"This entry #Cultura Científica 2. Take part in the festival"