To become mobile it has been necessary to change the technology of the phone. By imitating and adapting the radio strategy, almost anyone can have the phone running.

The idea of mobile phones is taken from radio phones. Formerly, the latter were installed in cars of a few. But this solution was expensive and limited. The antennas that broadcast the signal from the radio phones were far away from each other, as were the radio antennas. Therefore, the transmitter of each phone had to be of great power. In addition, the number of simultaneous transmissions depends on the number of available frequencies, so many calls could not be managed simultaneously. This system is not suitable, for example, for residents of a city to have a mobile phone. 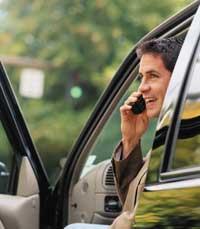 What made the revolution possible was the idea of the division of territory, that is, the concept of cell. The distribution in small cells of the place where many phones must function allows the same frequency to be used in two different cells of the lateral ones. To do this, each cell must have its own antenna, which cannot emit the signal at a long distance. In this way, the signal cannot be emitted far from the cell limit.

Moreover, this system requires low power emitters on phones and the number of available frequencies can be triggered. Therefore, it is a good system to create cheap phone networks. It should also be noted that with a large number of users, the cost is distributed and allows to create a product that can be sold to many people.

In each cell you need a small central, that is, a small building with an antenna and a radio equipment. Being the hexagonal cells, a cell is surrounded by six others, and to avoid overlaps only one seventh of the number of frequencies is available.

Normally, there are 832 useful frequencies in each cell. Of these, 42 are left for system control. In each call the phone uses two frequencies, one for the signal it receives and one for which it emits, that is, one for each speaker. Therefore, the number of channels available within a cell is 56. In principle, this means that within a cell no more than 56 calls can match, but the use of digital transmission systems can mean a considerable increase.

Mobile phones need low power emitters, so they have low consumption. They emit two signals: 0.6 and 3 watts (the equipment of a amateur radio, for example, is 4 watts).

The application of the idea of cells requires a large dispersion of antennas in cities. In addition, frequency management requires a general power station called MTSO (Mobile Telephone Switching Office).

What happens when you talk? First, the phone receives an identification code from a control channel that tells you whether or not it communicates with a cell in your system. This control channel channels the communication between the phone and the cell phone. 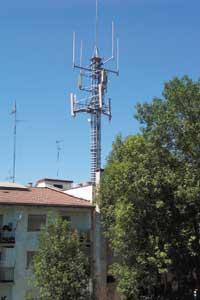 Each cell must have an antenna that cannot emit the signal at a long distance.

The phone then sends the registration request so that MTSO can start tracking the phone location. Then MTSO selects the frequency pair during the call and informs the phone of the frequency at which it should work. Once all these processes are done, the connection is started.

If the phone moves from one cell to another during the call, the centers of both cells undergo changes in the transmission power (one of them is losing the signal and the other is getting stronger). Both stations are coordinated through MTSO, selecting new frequencies and ordering the phone a frequency change at a given time. It also checks whether the phone is allowed to function when moving from the cell to the cell.

A mobile phone has few components, i.e. an integrated circuit, an antenna, a small liquid crystal display, a keyboard, a microphone, a speaker and a battery. However, any other commonly used tool in everyday life has no complexity on the mobile phone. You can receive, decompress, compress, emit, etc. You can perform millions of calculations in a single second.

It is worth analyzing which are the basic chips of the electronic circuit. It includes chips that convert the analog signal into digital and digital into analog, as well as another that processes the digital signal. It controls the microprocessors, the keyboard, the screen and communication and generally fulfills the computer function within the phone. With a small computer, you also need memory chips, with ROM and Flash memory on the most common phones. Many models incorporate chips that offer the phone other resources.

Like any other machine, phones should be taken care of. Humidity produces corrosion and heat that can totally damage the mobile phone can have serious consequences, especially on the battery or electronic circuit, and intense cold can prevent screen image.

However, despite being in discussion, experts consider that mobile phones have to do with other problems. On the one hand, when emitting microwave, its frequent use can cause health problems. They are emitters of very low power, but it must be taken into account that they are placed on the head. On the other hand, antennas scattered in the city can cause a problem similar to that of waves. They are many and affect the entire population.

The frequencies used by mobile phones are in the microwave spectrum (800-900 MHz). The voice is broadcast with a frequency band of 30 kHz wide, so that it equates to the quality of the wired phone. And between the two frequencies used in a call a minimum range of 45 MHz is left to avoid interference problems. With these characteristics the number of useful frequencies in a cell is very limited. It was an analog system that was initially launched, but with digital technology it can be significantly increased.

Through digitization, sound becomes a code formed by 0 and 1, which is compressed. This information can be treated informally and thus broadcast several broadcasts from a single frequency band.

There are three types of common technologies for mobile phone information transmission. The first is the FDMA, which assigns a frequency to each call. Although it can be treated digitally, this is the analog phone system.

TDMA (Time Division multiple access) technology allows three different signals to be emitted from one frequency. To do this, time is divided into three parts, that is, every 6-7 milliseconds the frequency changes signal. The change is very fast and the user does not perceive anything, but is only using a third of the time. In order to implement this trick, all three signals must be digitally compressed.

This system is the technology of the GSM system (Global System for Mobile Communications), international standard of mobile phones in Europe, Australia, Asia and Africa (the US system is not compatible with GSM). This system uses encryption methods to protect signals.

In the latest system, CDMA (Code Division multiple access) technology uses a different approach. Once the signal is digitized, the data is dispersed throughout the frequency width. Next to this dispersion the identification code is assigned to the call so that the recipient's phone receives only the corresponding one and develops the signal. This system allows to enter between eight and ten calls at the frequency at which the analog system only introduced one. 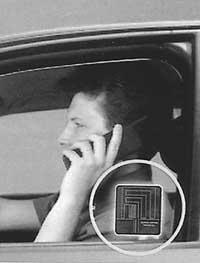