The real television revolution is here and not DTT

We were sold Digital Terrestrial Television or DTT as the television revolution, but the truth is that it is just a simple improvement of existing analog television. If there has been a real change in the audiovisual world, that has been due to the phenomenon of the Internet: watching programs and movies that one wants, interacting... However, television and the Internet have been separated into two worlds, one on the sofa and one on the desk. However, you may be about to end up with the Google TV that Google has launched this fall and with competing products similar to those that will surely come out very fast.
The real television revolution is here and not DTT
01/11/2010 | Leturia Azkarate, Igor | Computer Science and Research 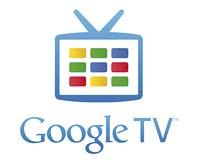 There is no denying that DTT has interesting advantages and possibilities: better digital signal quality, several audio and subtitle broadcasts, TV programming in the signal, more channels... But TV networks have not taken advantage of these opportunities properly, and the fact that there are more channels has not brought with it a greater opportunity, since the new channels follow the same model as the previous ones. On the other hand, the digital signal has its reflection: if the signal is not good, worse not, nothing is seen. And above all, this new television continues to be linked to traditional programming and rigid schedules, with no possibility of interaction.

DTT was launched two or three years ago and this year has completely replaced analog television. Therefore, it is not possible to understand how it did not emerge as a more revolutionary approach, taking into account that by this time audiovisual consumption by the Internet had already been widespread, with greater flexibility and greater possibility of interaction.

For many years now we can enjoy videos on the internet. For some time now we can find all the series and movies that we want to get off P2P networks, but lately there are more and more streaming platforms to view them legally, either paying or in exchange for advertising. Many chains and producers also put their programs on the Internet, to which we must add the amateur and personal videos that people put on Youtube and the like. In these cases, in addition, we are not mere consumers: we can rate the videos, comment them, share them...

Enjoying these options has its disadvantages: the home computer is usually in a separate place, where there is no room for many people to feel unlike the sofa. Perhaps that has so far limited audiovisual consumption over the Internet. It is true that for a long time there is the possibility of setting up a HTPC (Home Theater PC) with a media center software to a computer and having internet also on television, but that is not easy if you are not one of the geek, so most of society has not.

Perhaps now it ends with Google TV that Google has launched this fall in the US and will launch in the world in 2011. In fact, Google TV is an adaptation of the free Android operating system adapted for television and video recorders. It can be integrated into two types of hardware: in the boxes that connect to the television (similar to the decos) or on the television itself. Logitech and Sony will be the first to market devices with Google TV in box and television format respectively, although over time they will increase.

With Google TV we will be able to watch traditional TV channels, but also video services on the Internet, both free and paid, or videos and other multimedia elements that we have stored. In addition, when we perform searches it will be done within all of them. It will also be possible to browse any website. Television and Internet, both at once. For example, watching a game on one side of the screen and, on the other, team information; or, when we're watching a movie, sharing it on a corner via twitter. We can also customize the main screen of television with our favorite programs, TV channels and websites. 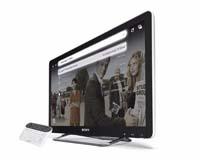 It will also be possible to use our Android mobile phone as a remote control and use the keyboard (in searches, "tweeting", etc.) for your voice recognition. In addition, by having basically the Android operating system, we will be able to acquire and run a wide range of applications developed for it (which does not use mobile hardware, of course), including games. And surely in a short time will come many new applications developed specifically for Google TV. In short, television will be like a personal computer and we will be able to install and customize the applications that we want. This opens up a new world full of opportunities.

Last month we told you that the Android operating system was created to deal with certain types of products, smartphones and tablets, popularized and almost monopolized by Apple. Apple released its Apple TV a few years ago, but it's much simpler: you can only watch or buy videos from few websites, you can't install apps, you can't browse... It is far from what Google proposes.

Apple, of course, will not stop and Apple TV will gradually evolve to Google TV. It has already announced the inclusion of some of the features of Google TV in the next version of Apple TV. In any case, this time Google Apple has been advanced and it is possible that in the world known as ITV (Interactive TeleVision or interactive television) we do not live the monopoly of Apple's closed, hyper-controlled and expensive products.

However, Google TV has come up with a different problem than Apple just to start. At the time of sending this article to the press, we learned that the three main US public networks (ABC, NBC, CBS) blocked access to their contents on the Internet to Google TV users. 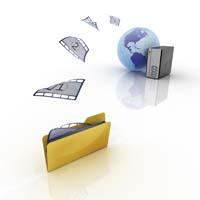 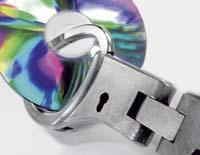