STEAM education out of school!

We tend to place STEAM in the school context. Research has shown that extracurricular scientific experiences have a positive effect on the scientific literacy of children and adolescents. What options do we have? Why is it so important to participate in such activities outside of school? How does the young person's environment affect? 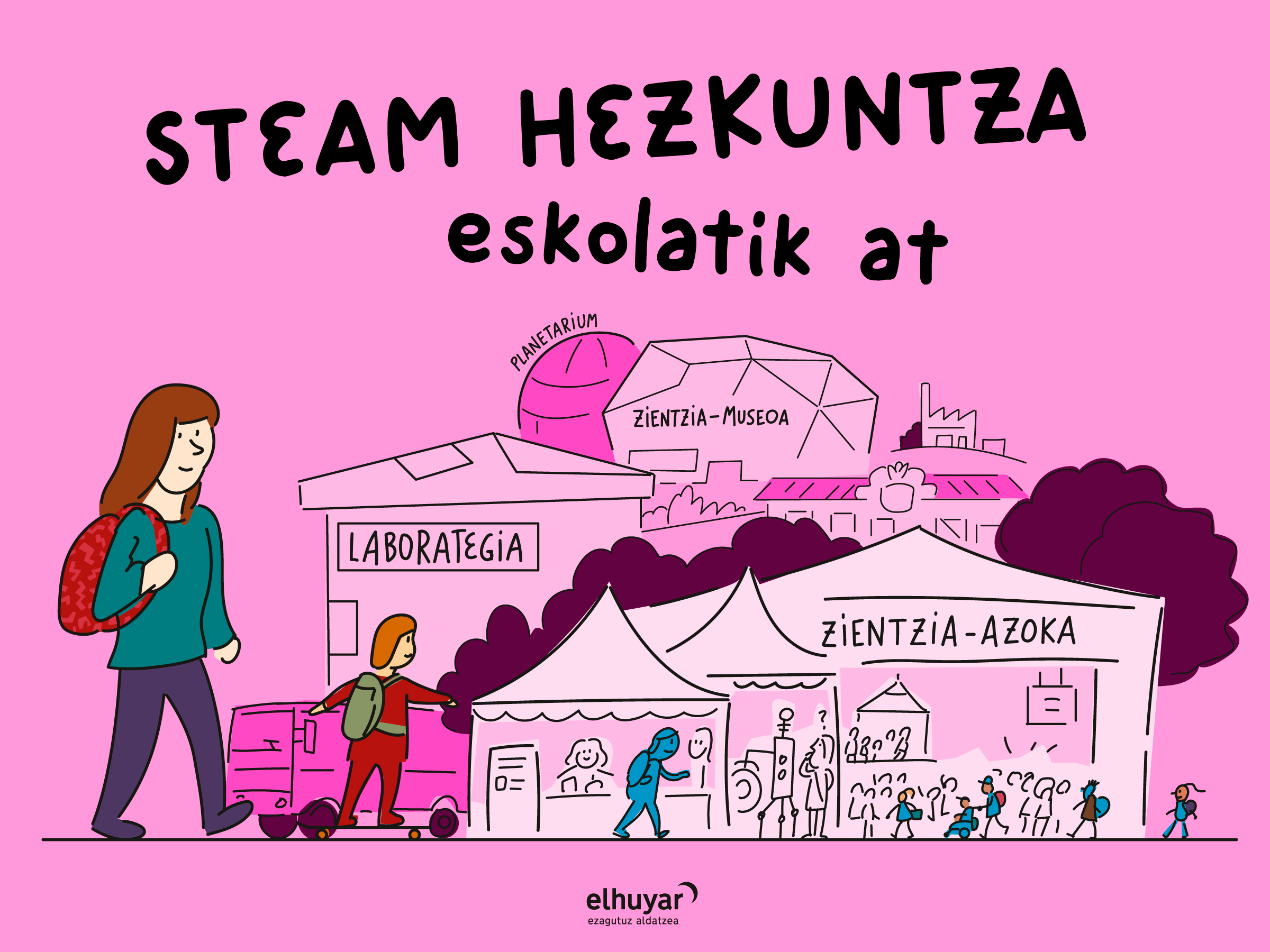 Research has shown that extracurricular scientific experiences are beneficial for the scientific literacy of children and adolescents: attendance at scientific fairs with friends and family, visits to museums, exits, etc. What benefits does it bring? 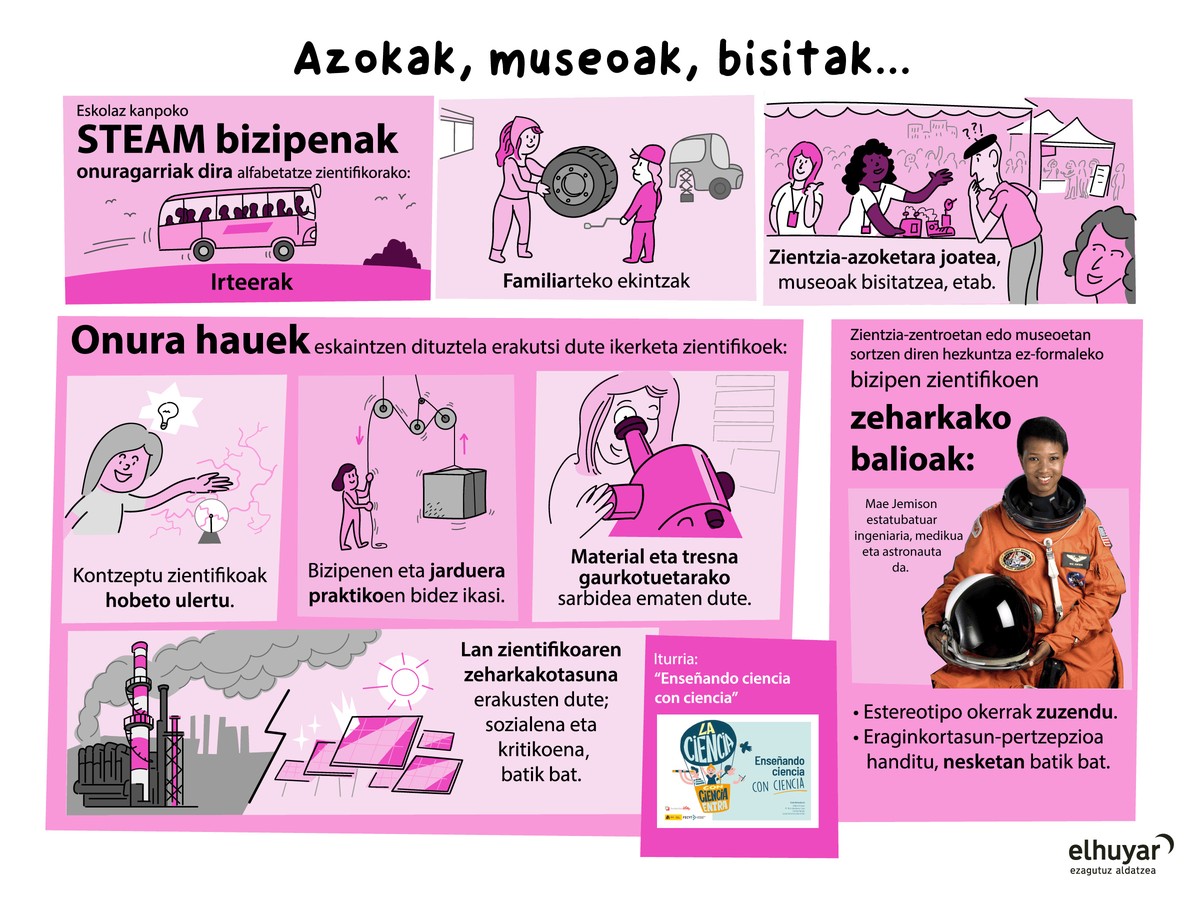 On holiday, kids and teens spend more time with their family and peers. Research has shown that the influence of families and their members is enormous on young people and especially girls.

Parent beliefs and expectations about STEM

For example, in some contexts, parents have less hope in girls' abilities in mathematics and girls value less their participation in science and mathematics.

Parents' expectations regarding their daughters' studies

The expectations of parents influence the studies that children and, above all, daughters choose for the future.

Studies suggest that girls' study choices are more influenced by parents' beliefs than by their daughters' interests. Above all, the beliefs of mothers affect girls more than boys and, therefore, their educational performance and their professional possibilities.

Parents' expectations regarding their daughters' studies

The higher the educational and socioeconomic level of parents, the better the children have in mathematics and science. Other family members can also influence girls' orientation towards STEM.

It may have to do with additional parent support for school and home learning, higher academic expectations for their children, and lower traditional beliefs about gender roles and career path.

Socio-cultural context of the family

The socio-cultural context of the family also influences the participation of girls in STEM: ethnicities, languages, migratory situations and family structures.

The PISA 2012 report showed that children were more likely than their daughters to participate in extracurricular activities related to science, such as watching scientific programs on television, visiting science websites, or reading scientific articles in newspapers and magazines. Families with limited resources often lack money, time or internet connection to encourage science learning.

Young people's relationships with their friends affect the beliefs, behavior, academic outcome, and motivation of children, especially in adolescence.

As for STEM studies, members have a strong influence on the future of female STEM. They influence their confidence, their motivation and the feeling of belonging to the group. Girls students with friends who value academic performance are more likely to choose STEM studies. Likewise, they often rule out such studies if the nearby environment considers them inadequate for women.

What can we do to open STEAM doors to girls and boys? Some proposals are:

In this sense, young people from families with high scientific capital have a greater propensity to STEM professions than young people from low capital families. Consequently, scientific studies are chosen by children of families of the same profile, which makes it difficult to break the homogeneity of the professional STEM collective. In turn, the diversity of STEM professions is unknown, so many young people do not identify with the image of the stereotyped scientist: “STEAM is not for me.” Young people believe that professionals are <<very fast>>, <<apprentices>> and <<friki/geeks>>>, so they deduct that <<I am not like that and that is not for me>>. In addition, the scientist has represented himself as a white man. 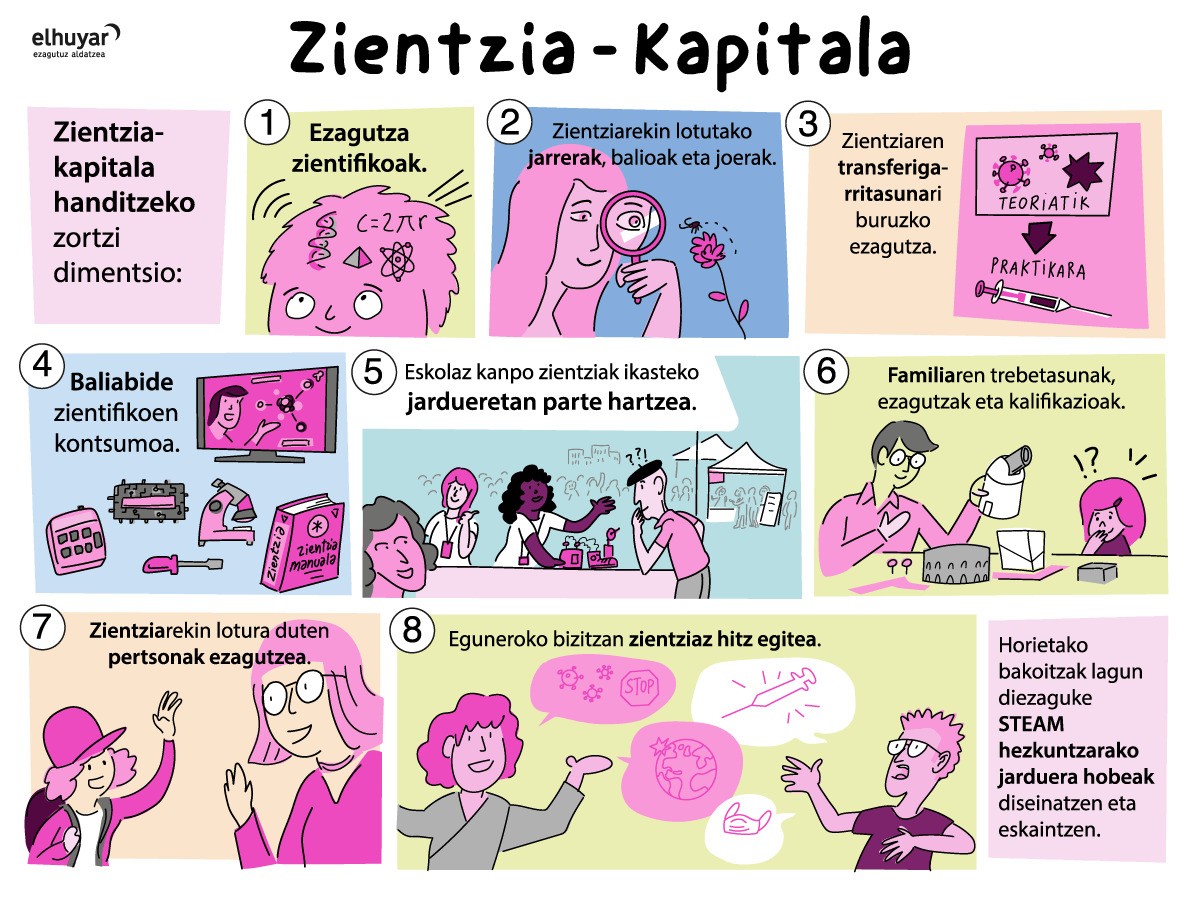 This also affects girls more. Research has shown that girls from very young (about 6 years old) think they are not as fast as boys. This has a great influence on their learning trajectory, despite obtaining better academic results and making science more rewarding in childhood. 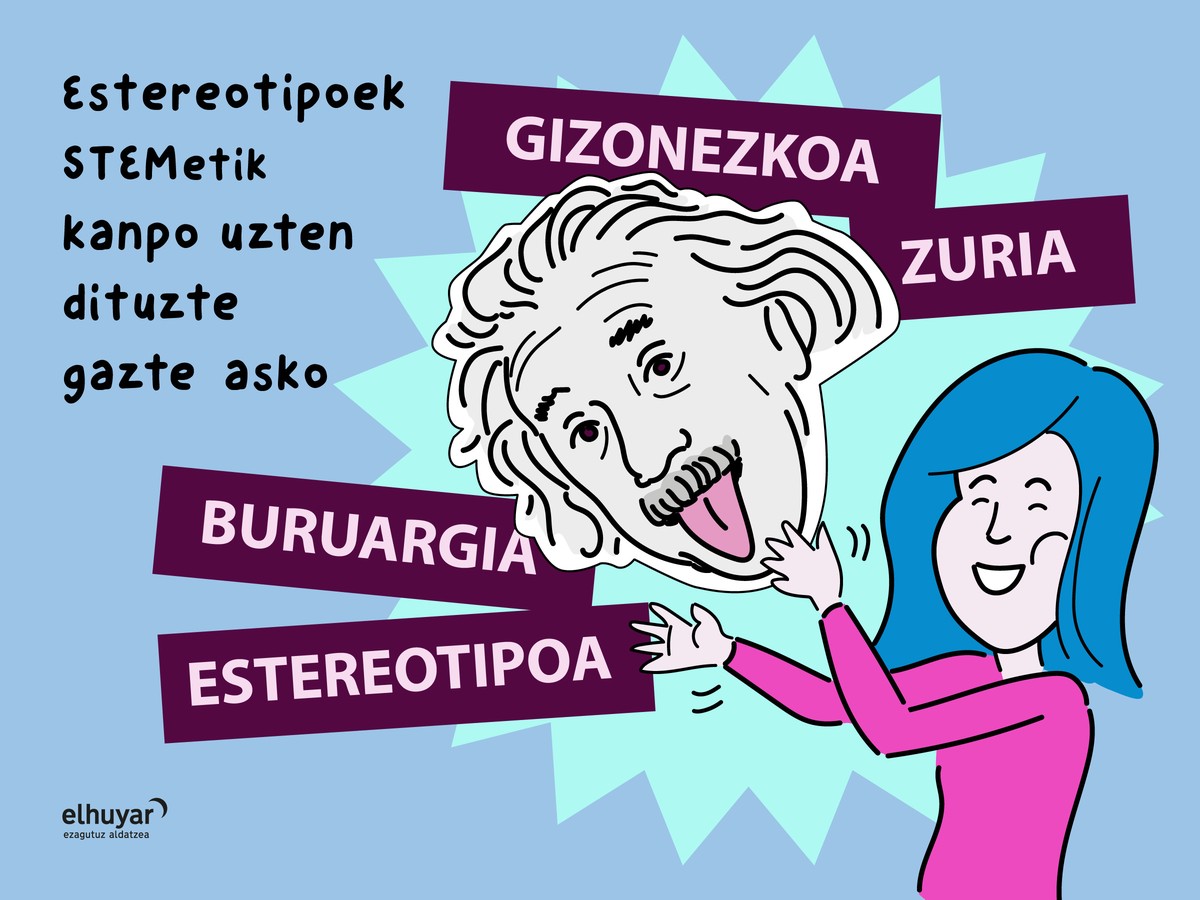 Therefore, it is very important to make this diversity visible and provide suitable references. Some proposals are: 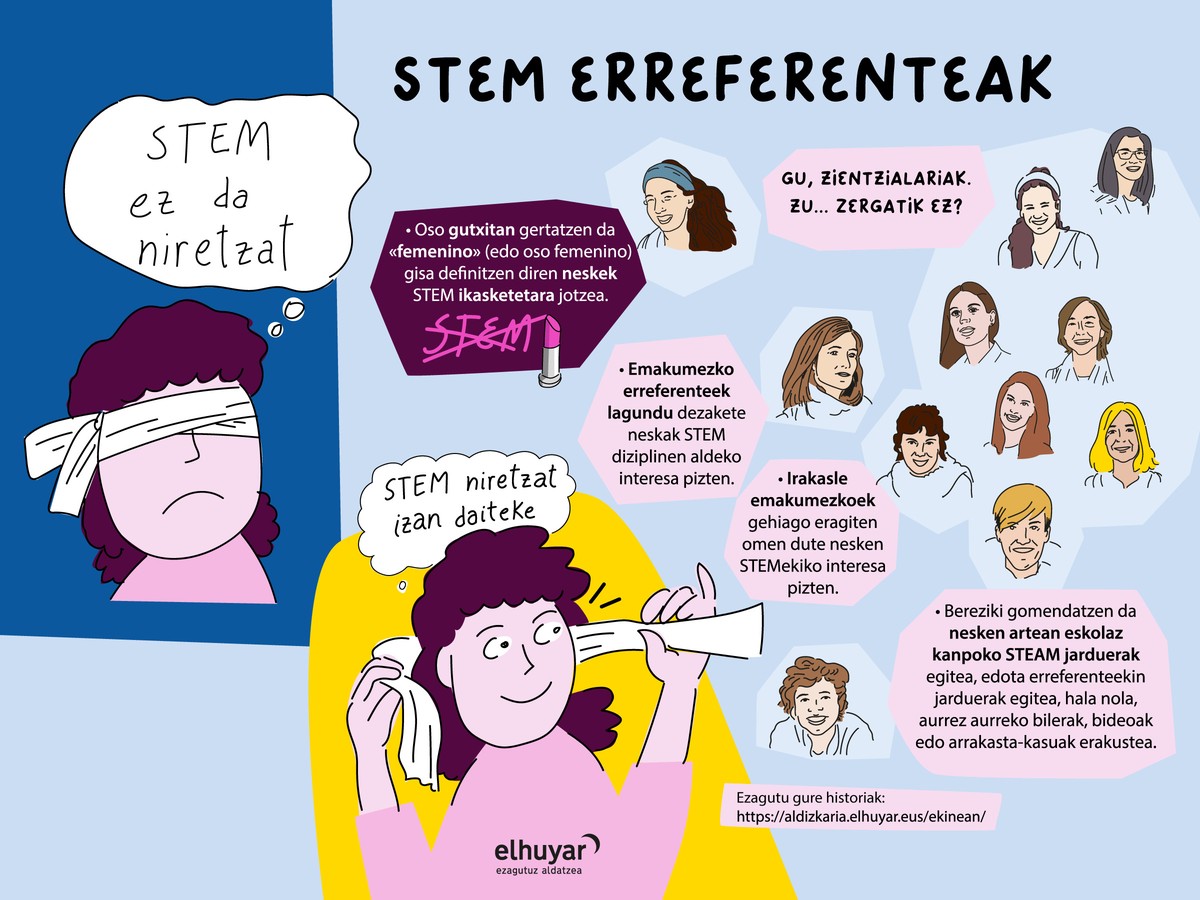 Deciphering the Code: Education of girls and women in science, technology, engineering and mathematics (STEM), UNESCO, 2019