The aim of miso Rosetta is a double core kite 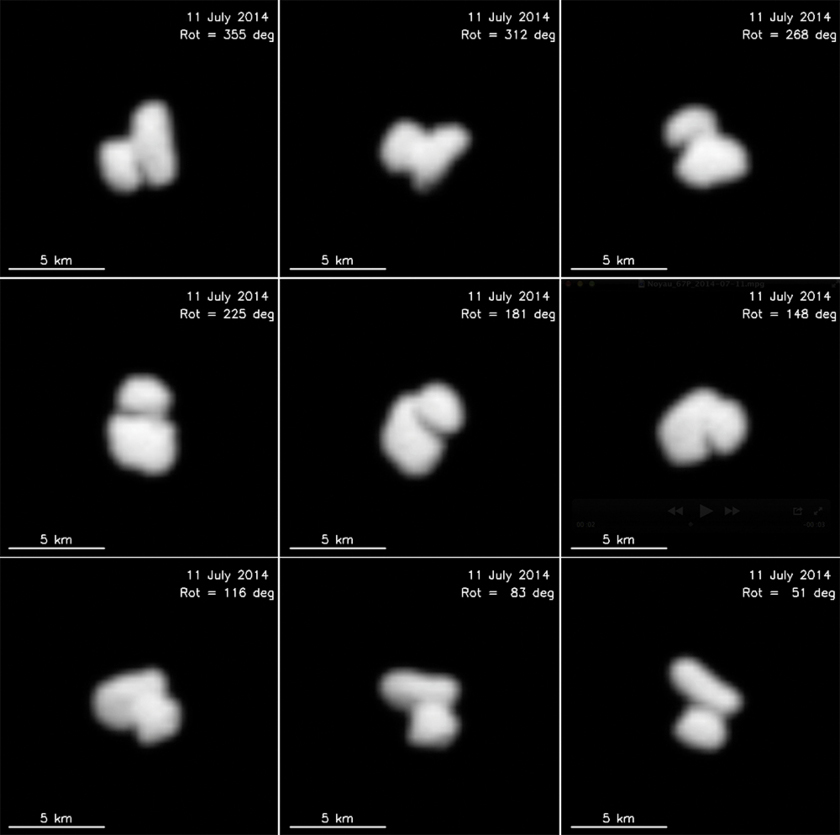 July 11 images of comet 67P/Churyumov-Gerasimen. The images show that the comet is made up of two cores. Ed. ESA/CNES

The images were broadcast on the internet on Tuesday, but the ESA has not confirmed until today that comet 67P/Churyumov-Gerasimen can be a double-core comet.

Rosetta, the European Space Agency, launched by ESA in March 2004, will meet the target in November this year: Land at comet 67P/Churyumov-Gerasimen. Last January he woke up from the lethargy and on August 6 he will reach the orbit around the comet. Later, in November, the boat carrying the probe, Philae, will take land in comet. If the goal is met, ESA's Rosetta will be the first mission to land on a comet.

As it approaches, more and more detailed target images are being sent to the ESA control center, and in recent cases astronomers have been surprised. In the images of July 11, taken 17,000 km from the comet, two parts are glued, not one. The images impact many astronomers and scientists who are following the mission. “You can’t wait for the publication of these amazing images of Churymov-Gerasimen’s comet,” said Emily Lakdawalla on The Planetary Society’s blog on Tuesday, two days before the official publication of the images by ESA. 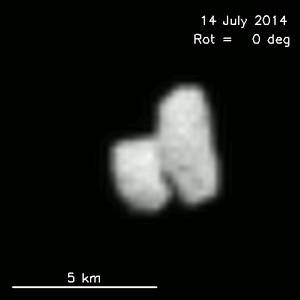 To watch the video click on Ed. ESA/Rosetta/MPS for OSIRIS Team MPS/UPD/LAM/IAA/SSO/INTA/UPM/DASP/IDA

Emotion has been accompanied by some concern. The fact that the comet is made up of two nuclei stuck together can hinder the landing of the Philae.Despite the difficulties, the ESA has stressed that “the great scientific prize for the research of a kind of comet”.

The note published today by ESA explains that there is more than one hypothesis about how these objects have been created. One option is to crash at low speed and have two comets attached. Another option is to have a unique comet and adopt this particular form as a result of the gravitational thrust of very large bodies like Jupiter or the Sun.

Rosetta is currently 8,200 km from the finish line. Very little is needed to see exactly how the comet 67P/Churyumov-Gerasimen is.