French Polynesia in the mouth

In 1998 the French Government should make available to the authorities of French Polynesia the infrastructures it has used since 1975 to carry out nuclear sessions. And, of course, I would have to return those areas in good condition. It will not be possible, however, since the damage produced in Mururo and Fangataufa atolls cannot be recovered for two years. 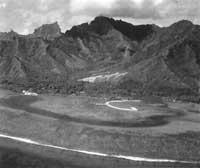 In 1998 the French Government should make available to the authorities of French Polynesia the infrastructures it has used since 1975 to carry out nuclear sessions. But in what situation?

The researchers of the French Army do not agree. He says that there is no danger, that there is no pollution and that the safety conditions of the archipelago are absolute. The radioactive material that was released uncontrollably in 1960 seems to be fully controlled and in the structure of the island there are no signs of contamination.

They say over and over again. In fact, in 1985 the situation of these two trailers was already a serious problem. According to the study carried out by Jacques Cousteau in that year, the permeable structure of the archipelago was seriously damaged, mostly by nuclear tests. And since then, of course, those damages have not been repaired.

In order to analyze the real situation, researchers from the United Nations Nuclear Energy Agency are beginning to work shortly. Samples will be extracted and the material used by French researchers will be reviewed. In any case, it will be difficult to reach a precise definition of the situation, since the damage caused by nuclear sessions are not immediately suffered and require an average duration of 30 years.

The French government began its nuclear sessions in the islands of French Polynesia in 1975 and this same year its experiments have been completed. During this time there have been 123 nuclear explosions in Mururo and eight in Fangataufa. 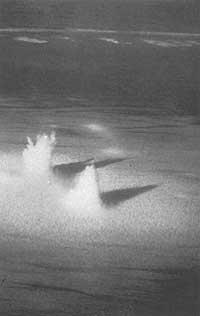