In a study conducted by experts from the Max Planck Meteorology Institute in Hamburg, the dynamic implications associated with changes in overall ocean circulation are taken into account for the first time. 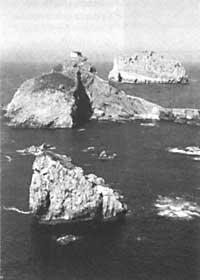 According to these experts, sea level in the North Atlantic can rise 2 times higher than expected, while in some areas of the South Ocean sea level can decrease.

The computer model used by the Germans to simulate ocean traffic can reproduce the main characteristics of ocean currents, occurring over 10,000 years. The Max Planck group adapted the model to its new situation and applied an air temperature that would cause the doubling of the amount of carbon dioxide in the air. If no action is taken to reduce greenhouse gas emissions, carbon dioxide is expected to double by 2030.

In the simulation of those of the Max Planck group, changes in ocean current that occur as a result of this warming seriously affect the aquatic movement of the oceans. More specifically, the more temperate surface layer inhibits convection which, in high latitudes, produces a saline and dense surface of the ocean floor, hindering the cooling of the water reaching the surface (by emitting heat to the atmosphere) and the sinking of the cold currents of the ocean floor.

One of the consequences of not existing this convection is that the surface does not rise the warm water in the North Atlantic and in some areas of the South Ocean the air temperature rises below the global average and in some parts of the sea can get cool while tempering around the world. While in the last 20 years the average temperature has increased, it has decreased over the North Atlantic.

Perhaps the most important aspect of the study carried out by the Max Planck group is to analyze the relationships between the formation of oceanic groundwater and the absorption of carbon dioxide by the world's oceans. Today, according to this group, "a significant part of the carbon dioxide that is spilled is directed to the bottom of the ocean through the newly formed water stream... If the influence of this transport and storage mechanism is reduced, carbon dioxide or carbon dioxide is added to the atmosphere. This positive feedback can have important consequences on the evolution of the carbon oxide concentration of the future."