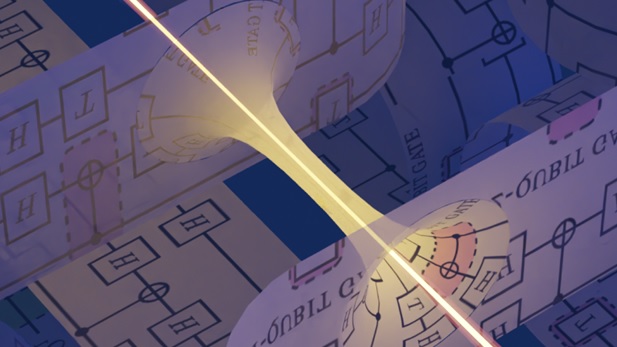 Quantum simulation of a holographic worm hole has been performed on a quantum computer for the first time. This was announced by María Spiropulu Caltech, a researcher at the California Institute of Technology, in the journal Nature. They explain that they've used the Google Sycamore processor to perform the simulation and they expect it to help them investigate quantum gravity in the lab.

In fact, general relativity describes the physical world as a density of high matter or energy, for example, in astrophysical objects. Quantum mechanics describes matter at the atomic and subatomic levels. Through the quantum gravity hypothesis, we try to explain situations in which these two levels are important, like the inside of black holes. However, quantum mechanics and general relativity are fundamentally incompatible, so there is no agreement about quantum gravity.

The holographic principle tries to harmonize general relativity with quantum mechanics, in a limited physical system, proposing that relativity emanates from quantum physics. Based on this principle, the Spiropulu team has designed a simple system to simulate a holographic worm hole in which the properties of a designed quantum system match what is expected in a gravitation system. A quantum computer consisting of a nine-qubit circuit has been used to perform quantum simulation. A qubit teleported by the processor has the same dynamic as crossing a worm hole.

The experiment reveals the value that quantum computers can have to test quantum gravity theories.