From civil identity to biometric identity

The identification of people has always been important, but in the era of globalization the need has intensified. Planetary communication is immediate and in a few hours the goods or people can reach thousands of kilometers. However, instead of being at ease, we feel isolated and scared among 6,800 million unknown. Hobbes became famous as the phrase says, "when we do not know who the other is, because man is a wolf for man." This need has resulted in an increase in biometric technologies that detect the fingerprint, iris, or other biological characteristic and allow a person to be quickly identified.
From civil identity to biometric identity
01/10/2010 | Escajedo, Leire | Professor of Constitutional Law. UPV/EHU.

In ancient times we can find the antecedents of these systems, such as those used to identify captives, but systems of scientific base like that of Alphonse Bertillon, XIX. They are from the end of the twentieth century. The Bertillonage, based on the geometry of the skulls, was applied by police from many countries to know if the detainees for crime were previously signed. With the same objective, in 1905 they began to use the digital fingerprint systems. For decades, all biometric data management was carried out manually, but in current automated systems, a scanner analyzes the characteristics of a person and immediately generates a biometric (digitized) pattern of raw data. To know if someone is registered or not registered, the computer scans its features again and looks for the pattern in the database. At least in the hypothesis, the results will improve as the technology is improving. On the other hand, you can forget the pin code and steal or copy the identity card, but with the fingerprint or iris it seems more difficult. That is why it has been said that biometric technologies will be the standard of the goals of globalization. As in fiction films, they have a great capacity to reinforce the security aspects of airports or military bases and/or to provide support in significant financial operations.

But the panacea is not. In many films we've seen heroes and malevoles deceiving this kind of systems with fake contact lenses, fingers stolen from another or voice simulators. On the other hand, if the digital pattern obtained from the raw data is low or high definition, there can be important error rates: positive when given by registered someone who is not registered, negative when the system tells us that someone who is registered is strange.

In addition, the limit of use is discussed. This type of system has been installed in Disney World, in the leisure and sports fields, to ensure that the entrance tickets are used by the owner himself, and some patrons have also installed a device in the employee signing watches. In all these cases it does not seem to be proportional. The most criticized application is screening or biometric screening. After the attacks on September 11, 2001, the facial geometry of 100,000 people was recorded at the end of the Superbowl. Data were collected from thousands of people so that, in case one of them committed an attack, they could surprise the criminal immediately. Fixed systems have now been installed in public buildings and airports with the same objective.

Although some say it is not for that, the French Bioethics Commission stated in 2007 that we are at risk of biometrizing people. Although we would like to know who others are and have as much information as possible about them, according to constitutional texts, people have the right not to say who they are, where they are going and what they are engaged in most situations of social life. They say that current citizenship does not see data cession as a restriction of freedom, and it seems that it is willing to inform anyone who gives them travel points, as is the case. If someone obtained all the data dispersed here, we would be naked. On the other hand, to make the leap from the current screening to the Big Brother of George Orwell, it would be nothing more than connecting with a system of this type to thousands of cameras that are in streets, ATMs, shops, roads, etc.

It is about to see if the legislation on data protection is going to curb biometric technologies, since there are enormous economic interests around them. Although national security can be cost-effective, it would be more cost-effective if we used a biometric version instead of common keys, pin codes or cards like VISA, etc., to enter home, use the mobile or pay what we buy. For decades, companies have calculated the performance of selling, using and repairing millions of biometric devices that will work at all times and almost for everything. But for many years a political wall paralyzed their purposes because governments did not see them with good eyes.

However, following the 9/11 attacks, the U.S. government changed its mind and developed numerous applications to improve internal security. This, intentionally or unintentionally, led to the normalization of biometric technologies and their expansion in the private sectors. Europe has also ceded and in 2009 a biometric passport with biometric data stored in a chip was launched. The fall of the political wall has led to the rapid growth of all market opportunities for biometric technologies, including those for domestic use.

It is about to see if these technologies will make our social life safer or more dangerous. At the moment, we have to think about what. It seems that we will live more controlled and with less freedom of movement, a digital pattern with few kB summarizes our place in the world. As has happened with many technologies, we have on the table the challenge of benefiting from biometrics and limiting the possible risks in a timely manner. 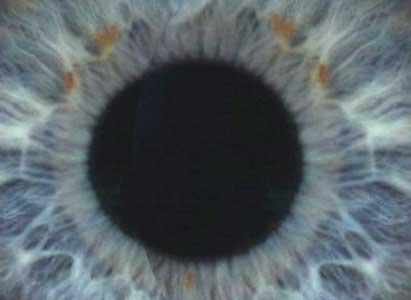 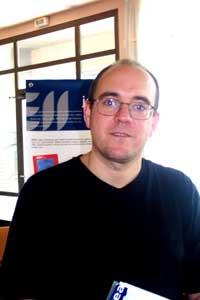