How to understand satellite images?

strong>Satellites studying Earth use different systems in their research. Sometimes they are used with visible or infrared light (they cannot be used when there is darkness or clouds). Other times microwaves are used, which are not obstructed by anything. They send much information to Earth, but how to know that the information sent corresponds to the “leafless tree”, the “leafy tree”, the “wet soil”, etc. ? 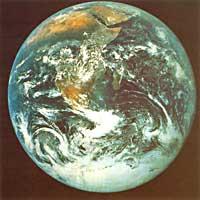 Is it possible, therefore, to measure the greenhouse effect, deforestation and the different types of pollution that occur on Earth? To answer these questions, the European space agency launched last year the first European remote sensing satellite ERS-1. In 1994 it will launch the ERS-2 satellite and both will analyze it by microwave

Electromagnetic waves range from the radiowave to the gamma. Inside, microwaves are located between radio waves and infrared waves. Wavelengths are centimeter or millimeter size and gigahertia frequencies. For remote sensing, microwaves have notable advantages over conventional or infrared (lower wavelength) light. The microwaves, in the first place, clearly separate the day from the night and smoothly cross the cloudy and blue skies. On the other hand, they are especially sensitive to the structure and characteristics of their objectives, such as the amount of water they contain.

ERS-1 satellites and microwaves have completed radar maps for all regions of Earth. The only obstacle is reading these radar maps. How can you distinguish between wet and sterile soil on these radar maps? Precisely to understand the language of microwaves the “European Microwave Interpretation Laboratory” has just been created. This body participates in the Institute for Telesensing Applications of the Commission of the European Communities in the Italian Ispra. This institute has been remodeled, since until recently it carried out nuclear research. 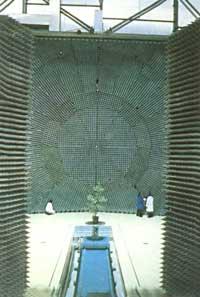 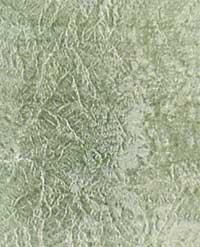 This image of the German Black Forest has been made by the microwaves of the ERS-1 satellite, but so far they have not been able to reveal all the secrets in it. The European microwave interpretation laboratory is conducting numerous tests to understand radar images full of information. To avoid parasitic echoes, under a dome of 20 m of diameter covered with foam is the “object”, located in a rotating positioner mounted on the rails. On the inner surface of the dome are two receiver emitters for radar waves in a circular arc. This system simulates the satellite path. In addition, in the dome there are 80 receiver and fixed antennas. Signal treatment can be done in real time. The two cameras allow you to view the lens and compare the optical image with the radar image. All these data allow to establish the corelations (shape, size, matter) between the parameters of the objects and the reflected signals.

This laboratory is the only one operating in this field and opened last April. Through his essays, he will interpret the radar waves marked by the objective and regulate the interpretative laws. At the moment, since there is no theoretical law, empirical methods must be used. For example, to know in the laboratory the influence of the shape and size of the trees, the density and humidity in the signal, the leaf tree is first placed as a target and then the same tree without leaves.

Finally, the signals reflected by both one and the other are collected and analyzed, and the same is done with other types of trees. Changes in brightness between day and night as well as changes in air can be imitated. Tests will be carried out to determine if the radar detects plant growth. Relationships will be established between these parameters and signals forwarded by the microwave, and using the mathematical formulas that will be extracted below, radar images can be analyzed.

However, in Ispra, the Institute for Remote Sensing applications focuses on ecological problems. Thus, the agricultural management of the Commission of the European Communities has commissioned the evaluation of European agricultural lands, since in Europe the lands are very fragmented and of changing dimensions and structure. It is therefore a matter of confirming the correctness of the criteria and data used in the agro-environmental aid granted in some regions.

However, other projects such as the study of ocean pollution and the study of tropical forests are being carried out. Each year two maps of these regions will be extracted to observe the evolution of deforestation and detect the greenhouse effect.

The microwave interpretation laboratory also investigates industrial microwave applications, so it has ongoing projects such as research on building materials that do not produce radar interference near airports or road traffic management and management.

However, as we said at the beginning of the article, the most important objective of the laboratory is to solve hieroglyphs of the radar waves that surround us. 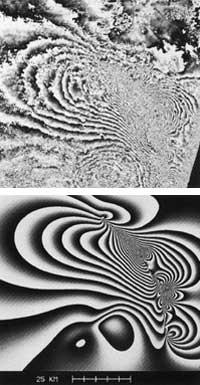