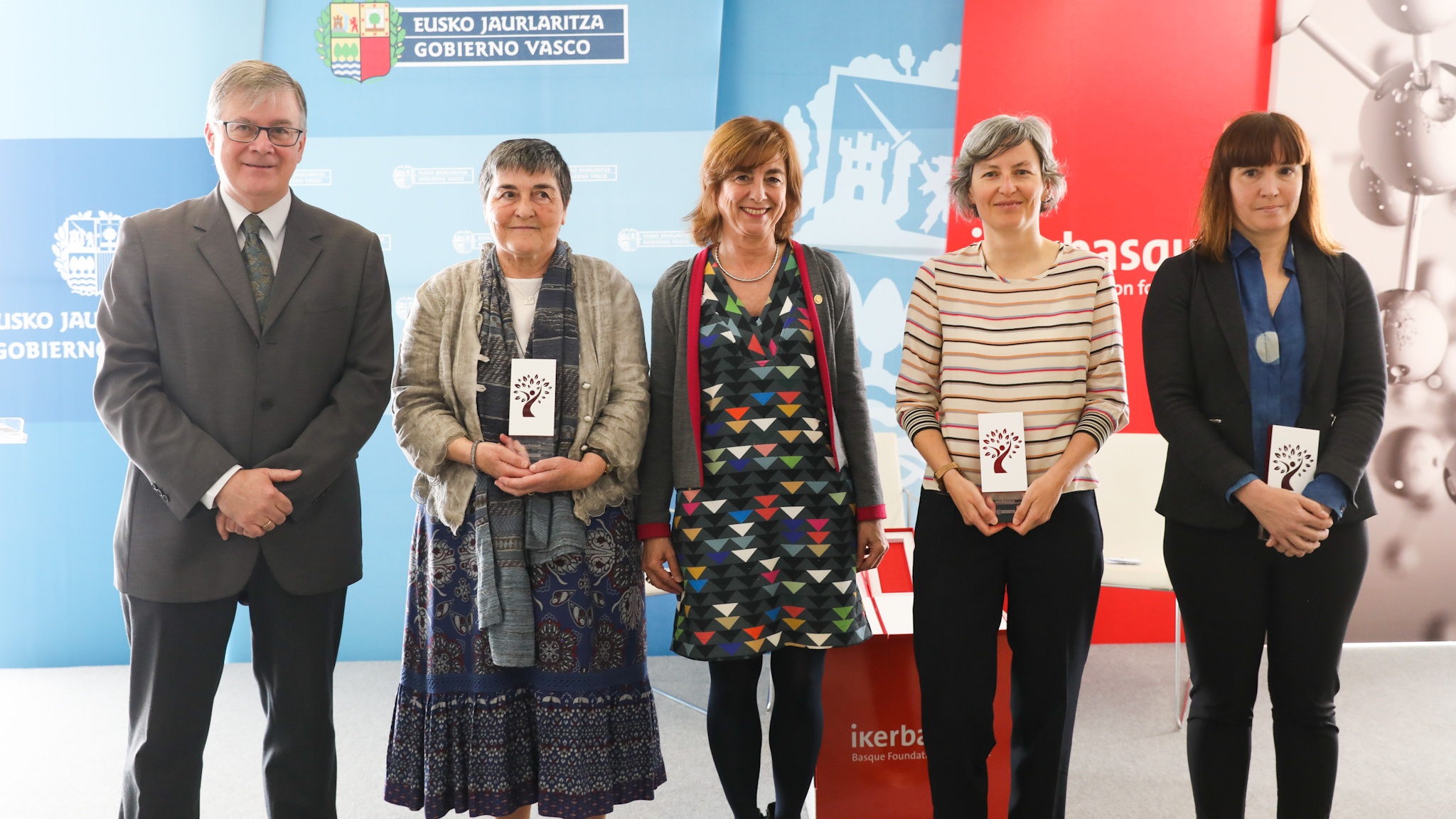 Three women have been awarded in the first edition of the Ikerbasque awards to women researchers. Researchers Maribel Arrioartua Marcaida, Aitziber López Cortajarena and Maia García Vergniory have received this recognition. With each recognition they wanted to recognize the different phases of the scientific career: the scientific trajectory, the leadership in a field of research and the remarkable contribution of a young researcher, respectively.

Maribel Arriortua Marcaida is a professor of Crystallography and Mineralogy at UPV, one of the first women to obtain the chair at UPV. He founded the research group IMaCris/MaKrisI, a pioneer in the research of multifunctional systems applicable both in the environmental and energy fields. In 2010 he received the Euskadi Research Award and in 2012 he was appointed a member of the Basque Academy of Arts and Letters of Sciences. Now it receives the recognition of the entire route of Arriortua.

Aitziber López Cortajarena has recognized his leadership in protein engineering. After passing through Yale University and Madrid, IMDEA-Nanoscience leads the Biomolecular Nanotechnology team at CICbi<unk> GUNE and has the important collaboration of ERC-Consolidator Grant.

Finally, Maia Garcia Vergniory has been recognized for her contribution to the field of topological materials. He has worked at the Max Planck Institute and the Lawrence Berkeley National Laboratory and is currently researching topological materials at DIPC. In 2017 she received the L’Oreal Unesco for Women in Science award.