They create a tool to visualize the vulnerability of the coast 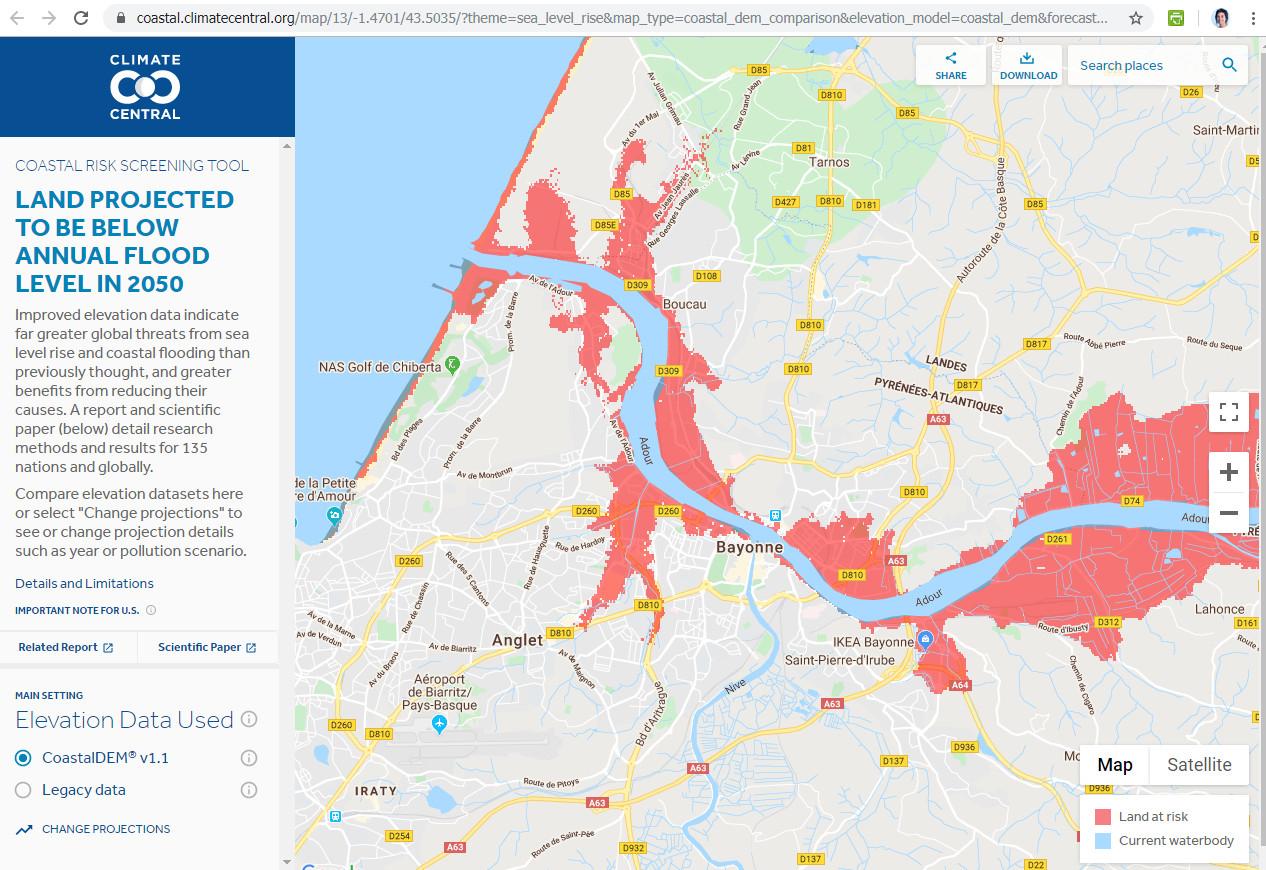 The global coast is three times more vulnerable than we thought, if we look at the rise in sea level and the coastal floods that can occur as a result of the climate emergency. These are the conclusions of an investigation published in the journal Nature Communications. Researchers from the US research center Climate Central have created a model based on neuronal networks to calculate the direct rise of sea level that will affect the world population. This tool has allowed to visualize for a long time this rise of the sea level announced by scientists.

The new mathematical model has allowed to reduce the error of images taken so far from satellites. Thus, according to new calculations, currently 110 million people live under the high tide line. By the year 2100, however, there would be territories below sea level with 190 million people, which would predict a decrease in greenhouse gas emissions. However, if gas emissions continued to grow, the homes of 630 million people would be under water. They also offer short-term forecasts: By 2050 340 million people can be left under water. The most serious loss will occur in Asia, but the model has shown that we will suffer the problem around the world. In the map they have published you can see the global losses of the world.

The researchers point out that to perform the calculations, an estimate has been used less than that made by the Intergovernmental Group on Climate Change (IPCC). The IPCC foresaw a rise of 84 cm for the end of the century, model that has been 50-70 cm. Therefore, the loss can be even greater.