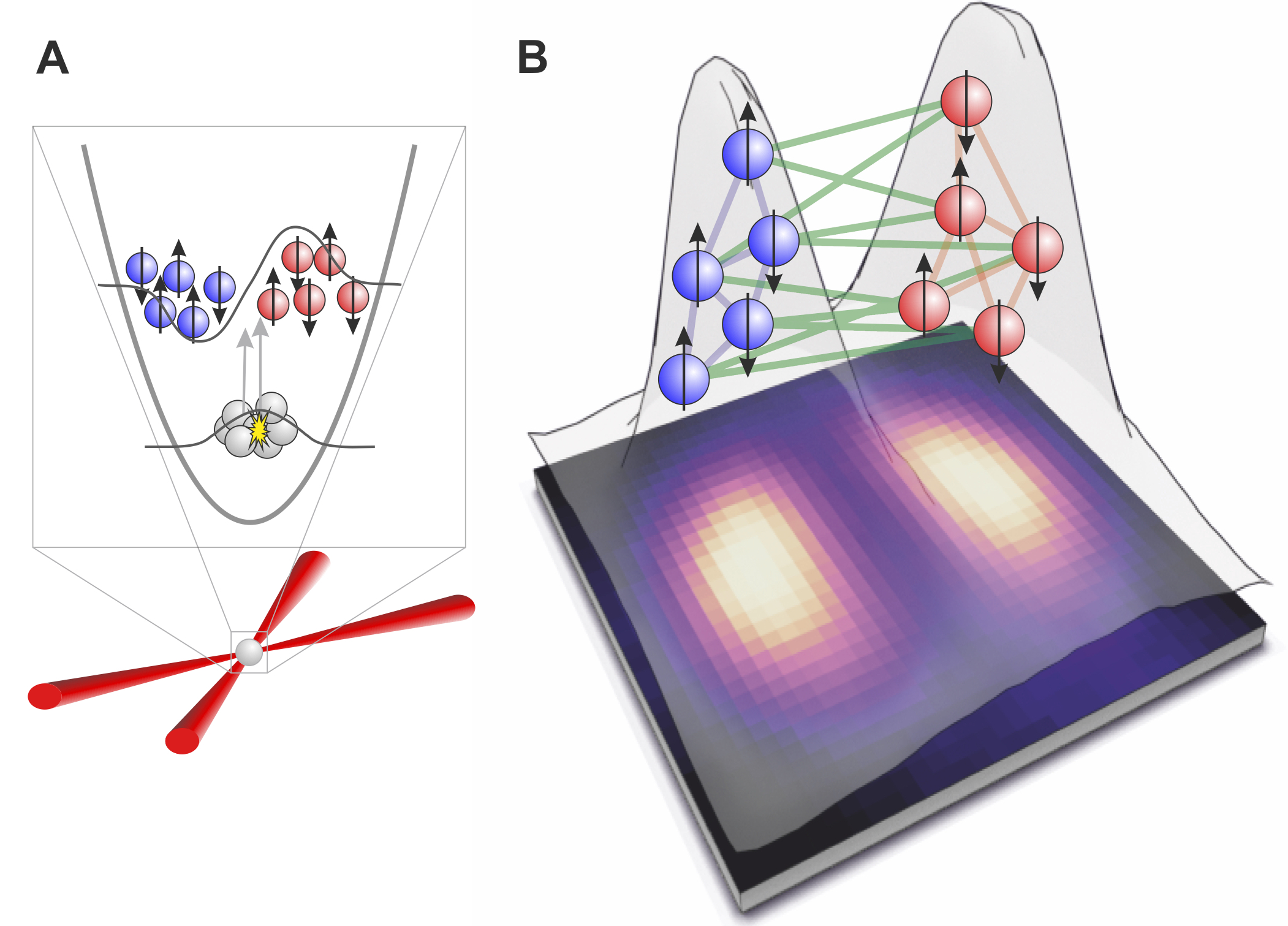 Science magazine reveals a novel quantum physics experiment that has achieved the quantum entanglement between two clouds of ultrarfast atoms. These atomic clouds are called Bose-Einstein condensed. They were separated in space, but as they have managed to keep them quantically complicated, particle groups have lost their individuality and have seen them act as a single entity. Thus, any change in one of the particles produces an immediate reaction in the other.

The members of the Department of Theoretical Physics and History of Science of the UPV-EHU, together with the researchers of the University of Hannover, have achieved this quantum complicated. To create a quantum entanglement between particle clouds, instead of using as hitherto incoherent and thermal particle clouds, they have experimentally used the clouds of atoms that were in the so-called condensate state of Bose-Einstein. According to Géza Toth Quantum Information Theory and Quantum, leader of the Metrology group, "To obtain Bose-Einstein condensates it is necessary to cool at very low temperatures, near absolute zero. At this temperature, all atoms are in a very coherent quantum state; somehow, they are all in the same position in space. In this state of aggregation there is a quantum entanglement between the atoms of the whole.” Despite the physical separation of both clouds, they have been able to show that the two clouds remained complicated.

"Quantum entanglement is fundamental to its application in quantum computing, as it allows to solve certain tasks much faster than in classical computing," explains Géza Toth. The demonstration that a quantum entanglement can occur between two sets in condensate Bose-Einstein allows to improve many of the fields that use quantum technology, such as quantum computing, quantum simulation and quantum metrology. In all these applications large amounts of tangled particles are needed. “The advantage of using cold atoms is the possibility of creating closely complicated situations, with a number of particles of various orders of magnitude higher than those existing in other physical systems, which can also be the basis of large-scale quantum computing,” the researcher said.