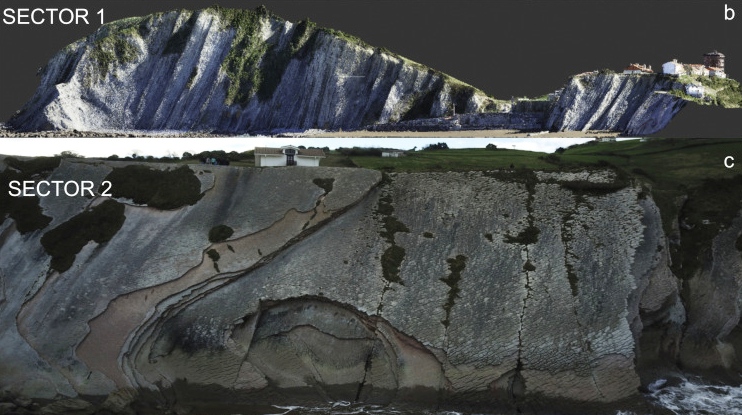 Geologists of the UPV have developed a new methodology to study the instabilities in the cliffs. It is a very useful tool when it comes to taking security measures in these areas to minimize the affections to the environment and geological heritage. The first studies have been carried out in the Geopark and his work has been published in the journal Engineering Geology. It is intended to continue with other significant areas of the Basque coast.

Classical geology has joined new technologies: on the one hand, the information collected through traditional fieldwork, and on the other, the clouds of points obtained by a drone, and the 3D models created by software. “With all the information, we analyze past and present processes to predict what can happen in the future,” explains UPV geologist Jon Ander Clemente Momoitio. His work has been the first step of his doctoral thesis. 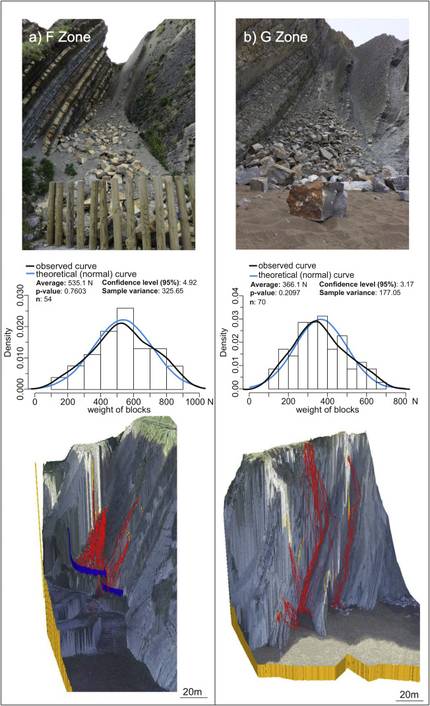 The wooden barriers placed in Itzurun have been analyzed and it has been proven that they are very effective to withstand stone detachments. Ed. Jon Ander Clemente

“We have obtained very good results,” says Clemente. And they have had the opportunity to check that the models they create make good predictions. “In August there was an important stone detachment in Itzurun. That’s what we announced in March with our simulations.”

These simulations allow to know which parts of the cliff are in the fall limit and to what extent and with what energy the stones can reach. It can be a very useful tool for the development of management strategies of areas of great geological or natural heritage. “In classical engineering the first thing that is done is to build protective measures. We demand a first investigation in which the necessary measures are taken, taking care to the maximum of the environment and the heritage”.

For example, in an area of Itzurun they have seen that it would suffice to place a barrier meter and vegetation. “The vegetation is very effective, it catches small stones and it stops the big ones a lot,” explains Clemente. On the other hand, it proposes the realization of a series of risk maps that could be placed in the entrances of the Geopark, for example. “In red it would be marked to where the fallen stones of the cliff can arrive, leaving a security margin of 2-3 meters and in green an area of high security.”

However, Clement underscores the need for people to consider that cliffs are active means: “We have to move from seeing it as a static environment to a dynamic environment. This change of perception is essential for our work in security to serve.” 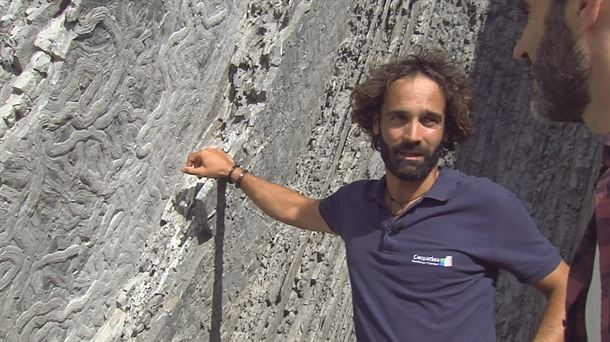