Grafts in fruit trees are well known, which are very common in our hamlets. These grafts are usually made between plants of the same species (although of different types, we have all seen on occasion trees that give specimens of different types).

Grafting or grafting of fruit trees WHITE HAWTHORN as graft foot Why?

The graft consists of joining parts of two different plants and getting a plant capable of living. It is a plant formed by two mothers or parts of two different origins because of the graft. The foot of the graft, which is below the graft point, has become a root system in the new plant. The graft, on the other hand, will be the one that is above the point of mented, which will produce leaves, flowers, fruits and seeds. 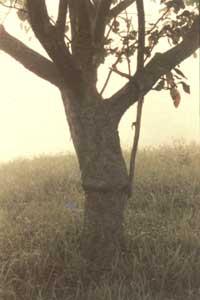 What causes the graft? The most important are:

Therefore, the advantages of using MENTAKETA are important.

The refrigerator as a pie de mentu

As for the height of the grafted spikes, normally in cases where the graft goes ahead (and we want to get fruits), we will take care of this tree: take it to the ground, prune, fertilize, perform treatments to fight diseases and pests, etc. More robust growth tree, higher height, etc. It will be. On the contrary, the hawthorn raised in the bush ponds or on the wild shore will not benefit from these aids and their evolution will normally be less.

However, there are exceptions, and in the Erdoizta neighborhood of Errezil, in Gipuzkoa, in a box of birches converted into enclosure there is a hawthorn with a perimeter of 175 centimeters. Let it grow quietly (without shadows and well drained in the enclosure) and it has grown over many years, so that, as you mention, it can be considered within tree models.

With respect to the exploitation of mendisail and txak, without splinting as hawthorn, an adequate production would not be obtained, if you do not sell your units to some special confectioner. In the current production of fruit products the slope sites are not considered suitable; the treatments necessary to obtain the appropriate yields, collection machinery, etc. Its use is impossible. The high slope areas seem more suitable for forestry. 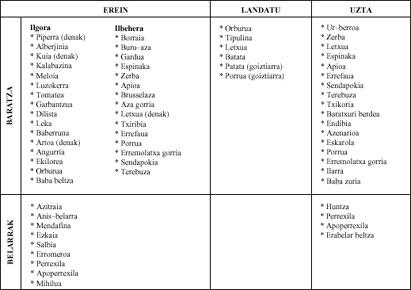