AZTI has published the scientific results of the JUVENA 2014 campaign. The results indicate that the highest number of juveniles has been registered in the Bay of Biscay. This measurement has been carried out by AZTI since 2003, this figure being four times the average of the series.

Through the JUVENA 2014 campaign, AZTI determines the abundance and distribution of anchovy juveniles, analyzing the environmental factors that affect their survival. Thus, it predicts the amount of anchovy biomass that will reach the next maturity. This data is very useful in fisheries management.

This year's campaign took place in September and the result was very good, with some 724,000 tons of juvenile anchovy in the Bay of Biscay. These anchovies were born last spring.

According to Rogelio Pozo, managing director of AZTI, the estimated abundance is the highest of all time: “Within the JUVENA series (2003-2014), almost four times the average of the series.” Pozo stressed that “the perceived juvenile anchovy biomass predicts that, if in winter a survival rate similar to that recorded in previous years is maintained, there is a very high probability that in 2015 adult anchovy stocks exceed the maximum biomass established by the International Council for the Exploration of the Sea ICES/CIEM (21,000 tons)”.

The Basque Government is the driver of the initiative and, given the data, stressed that the results confirm the health of young anchovy on the Basque coast, which allows Basque fishermen to continue fishing anchovy sustainably. 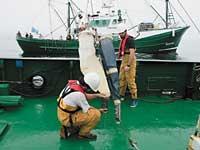 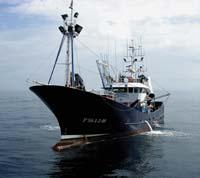