Organized by the Department of Computer Science of the Basque Summer University, on 22 November the I Meeting of Computer Euskaldunes is held. The meetings were held at the Miramar Palace in Donostia.

The meetings were the meeting point for producers of public software (widespread in the market) and limited broadcast software (disseminated within an organization). It worked and worked on important issues in the world of Basque software. Although we initially expected about 50 people, it was 135 who approached her. The answer was broad: middle and university education, business world, administration, publishing houses, translators... 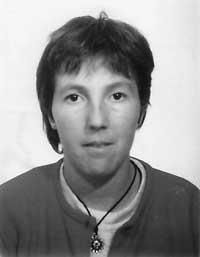 Each contributed his vision. For example, a medium grade teacher defined Windows 95 and Word 6.0 in Basque as the beginning of a new stage, but from the point of view of a particular user the English products were more attractive: more understandable and more advanced versions always available. We analyzed the software deficiencies and needs detected in the Basque community, experiences, etc. in eight talks and round tables. In the latter, in addition to those of the round table, the attendees offered their contribution.

There were many interesting things commented: How is it possible that the Basque Government, after having spent so many millions on translating Windows 95 and Word 6.0, sent only the Spanish version to schools when distributing new computers? (including those of model D); how is the ignorance or negligence of many commercial and computer distributors possible in relation to products in Basque? (“What do you ask for? - But if there is nothing in Basque”); how can it happen that the Basques, we, request versions in Spanish in our workplaces? (“They say it’s more difficult in Basque”)...

Promote the dissemination of products in Basque, create usage habits and launch the software market in Basque. In the meetings there was also an exhibition: In addition to about 30 products on display, information on some products is available in the catalogue of meetings. The room was small, so for a next time... However, the results of the surveys indicate that meetings should be repeated.

However, for the next time, the presence of more companies and people from the administration was requested. Finally, he highlighted the importance of maintaining the applications used in Basque, translating into Basque the MS Office package (database, spreadsheet and word processor) that is becoming a standard group of office tools and developing programs that work in Basque itself. Finally, the need for an association to strategically promote the development of Basque software was raised. From now on the UEU Computer Department will organize an "e-mail" list of all the people who have participated in the meetings. 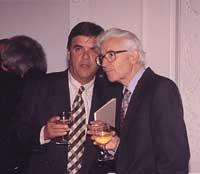