Dasuopu is the highest place where an ice column has been raised. Ed. Byrd Polar and Climate Research Center

One of the main characteristics of the industrial revolution was energy consumption: coal was the fuel that drove the change. It has now been shown that the remains of this combustion accumulated since the beginning of the revolution in the upper glaciers of the Himalayas.

To this conclusion they have come investigating an ice column of the Dasuopuko. The ice columns are deposits of particles in the air and in the middle, which allow to go back in time as it deepens. Dasuopu is the highest place that has occupied an ice column: It is 7.200 metres from Shishapangman. Specifically, it was taken in 1997 and now the remains of 23 metals have been measured in the period 1499-1992.

The research has shown that the industrial revolution that arose in Britain had a great influence on the air, since in the column of ice more toxic metals have been found than until then from 1780. Among these metals are cadmium, chromium, zinc and nickel, all of them by-products of coal burning.

According to the researchers, this pollution was not only caused by the industrial revolution but partly by other activities. For example, forest fire to obtain agricultural land releases zinc into the atmosphere.

The researchers have also mentioned the risk that can be the pollution accumulated in the past. In fact, when glaciers are melted, the water will be contaminated by the mountain and there is a risk of accumulation and concentration of toxic metals in the living. The study has been published in the journal PNAS. 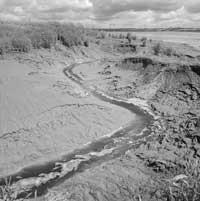 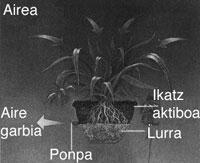