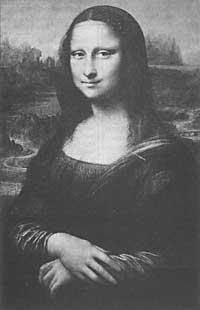 What's behind Mona Lisa's mysterious smile? This question has generated numerous esames among writers and art critics. The literature on Mona Lisa is as immense as its prestige. Currently, Mona Lisa has caused curiosity among scientists. Three Italian researchers investigating oral hygiene and the use of cosmetics from the families of the Italian nobility discover the imprint of Mona Lisa.

Isabella d’Aragón was born in 1470 and seems to have inspired Leonardo to paint the Gioconda. Isabella died in 1524 and her bones are buried in the abbey of the Holy House of Naples.

When three Italian researchers started the study four years ago, Isabella's cold surprised him: he presented routine chafing. By all means they began to check their teeth. The mold was removed from the teeth and analyzed by both conventional and electronic microscopes. As almost parallel cracks were observed on the surface of the teeth, it was clear that they were a consequence of frequent abrasion with a rough instrument. 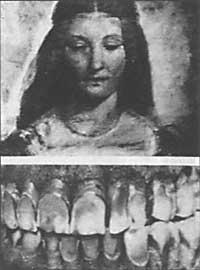 Why did he do it? Researchers found that there was a black dentin in the cracks. So he did it to discolor the teeth.

But why did he have black teeth? Tobacco was not known. The key to the enigma was found several months later, when a chemical microanalysis of the teeth was performed. A large amount of mercury was found. This element tans dentin. Therefore, Isabella d’Aragón would probably use mercury salts as medicine, since at that time they were very fashionable. Mercury rejections were widely used to combat syphilis. Did Isabella have syphilis? Yes can not be given with 100% security, but there are great possibilities.