The structure of the hidden side of the moon rises 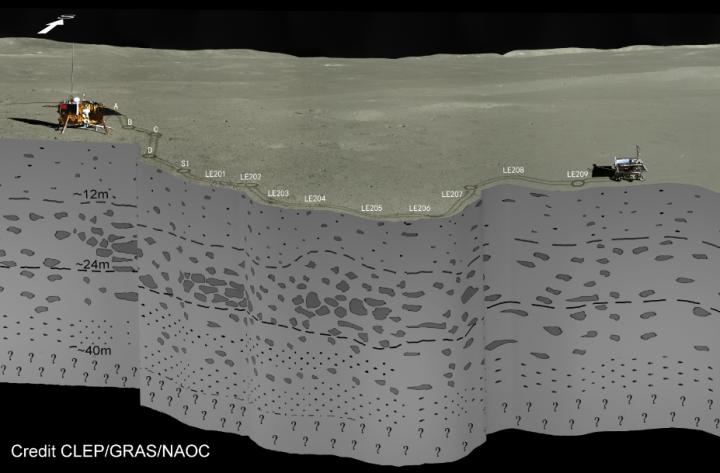 Ed. CLEP/CRAS/NAOC
A group of scientists has separated three layers under the Von Karman crater, located in the hidden part of the Moon. The analysis of these layers has been presented in the journal Science Advances, based on the first data obtained by the Yutu-2 robot of the Chinese National Space Administration (CNSA). The Chang’e 4 Chang’e 4 spacecraft landed on the hidden side of the Moon and pulled the Yutu-2 robot inside to explore the surrounding area. The robot has used high-frequency radar to study the underground structure. This has allowed researchers to extract information up to a depth of up to 40 meters. It has been concluded that the initial layer extends up to about 12 meters, there is a very fine soil, probably the result of collisions of meteorites and rocks destroyed by solar radiation. In the second layer, which runs up to 24 meters, stones have been detected between half a meter and two meters. Scientists believe they are the remains of a meteorological impact. Specifically, it is believed to be the result of the collision produced by the Fins crater with the von Karman crater 3,200 million years ago. Finally, in a third layer, a more confused terrain has been discovered, in which thin and rocks are interspersed. This last layer has been able to continue until 40 meters, since the data offered by the radar have not been clear.