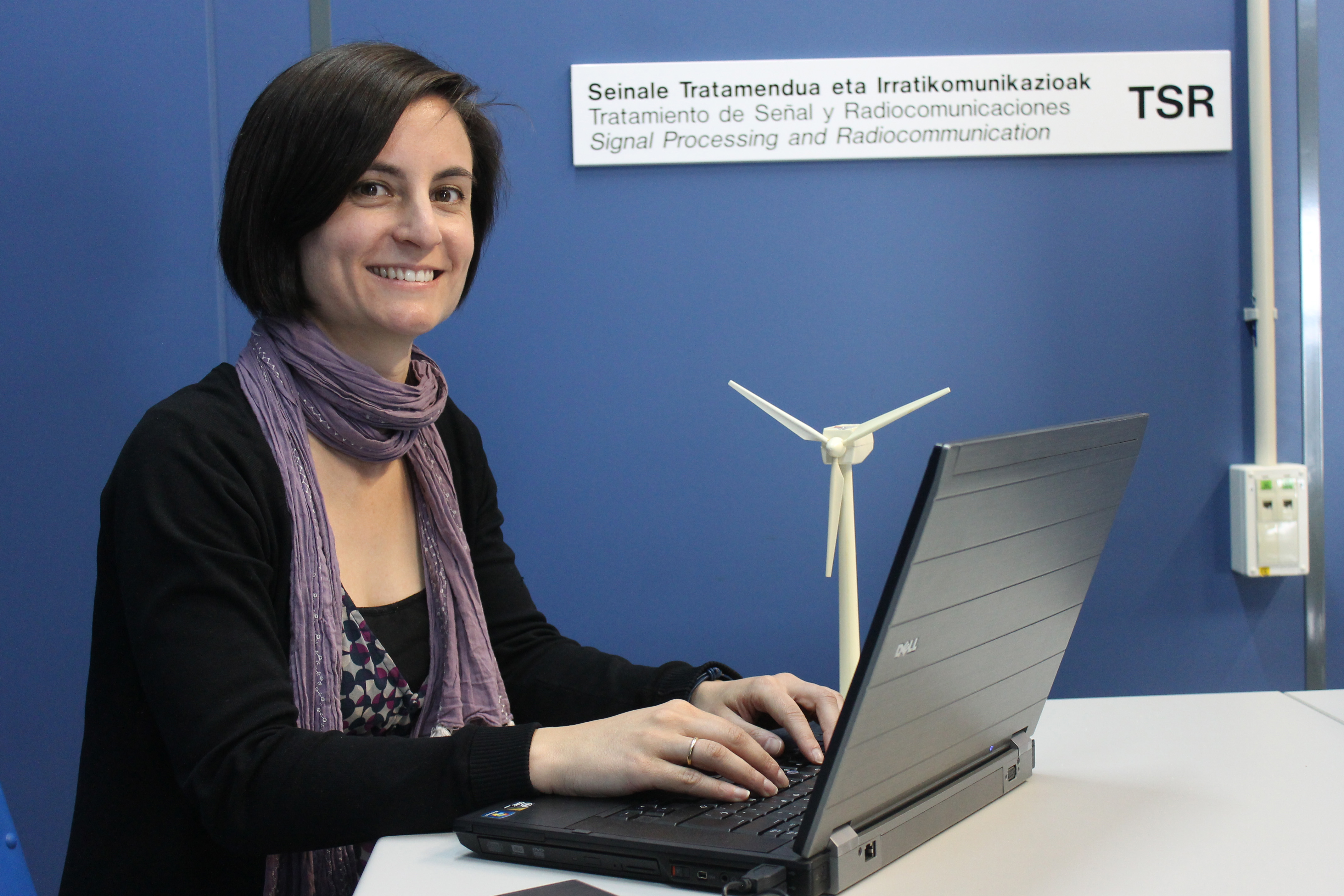 Itziar Angulo Pita, in the laboratory of the Technical School of Engineering of Bilbao. Ed. Izaskun Azkarate

Itziar Angulo is a researcher at the Signal and Radiocommunication Treatment Group at the Bilbao School of Engineering. However, he confesses that he never decided to be a researcher: “Once, my team teacher told me that when I started researching, I started with the intention of leaving it after a deadline, but in the end, without knowing how, I stayed. For he was right, so he was. And it is that in our field it is not usual to be a researcher, so when I studied I did not come up with that possibility.”

When it came time to do the end of career project, he decided to do so in a research team. “At that time my project was related to the work of a girl who was doing the thesis in the group, so I also had to investigate and liked it. When I finished the project I was offered to stay in the team and then the opportunity arose to do the master's... By the time I realized, I had been in the research team for two years and had completed the master's degree and half of the thesis. So the road led me to be a researcher.”

For Angulo, it was not uncommon that when he joined the research team, who was doing the thesis was also a girl. “Compared to other engineering companies such as industrial, there is a greater parity in telecommunications engineering.” In this sense, it does not seem remarkable the option of studying engineering. “Also, since I was at the institute I had clear that I really liked the communication system and, above all, radio communication.”

Although he likes to investigate, he does not hide that sometimes it is hard. “Especially when things go wrong. Those moments are daunting,” he said. He endorses the comparison he read in a book: “Researching is like entering a dark house. You spend days, months, touching the walls, striking with the furniture, learning where everything is and even finding the light switch. Then turn on the light and you realize where you have been until then.”

On the other hand, the bureaucracy becomes very tired and, on a personal level, the worst is the instability and insecurity of the job. “It’s criminal,” dissatisfied.

However, he does not regret his trajectory. “For me researching is absolutely exciting. You have the feeling that, although small, you are putting your bit of sand, you are making some contribution to advance knowledge. In addition, I have had the opportunity to work with companies in some projects and I am very pleased to see that what I have developed has a direct application”.

Related information
Born in Getxo in 1984. He studied Telecommunications Engineering at UPV/EHU's Bilbao School of Engineering. He completed the final project in the Signal Treatment and Radiocommunication group, and after completing the master's degree in Information Technologies and Mobile Network Communications, he presented his doctoral thesis at the UPV/EHU. He is currently working on the same research team in the area of telecommunications services, telecounters and smart networks and new radio services.